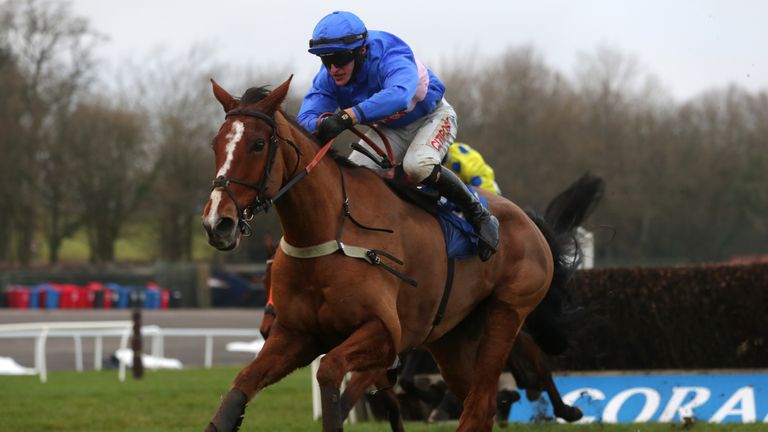 Connections have their fingers crossed Secret Reprieve makes the cut for the Randox Grand National after they confirmed they are aiming him at the world’s greatest steeplechase at Aintree on Saturday week.

It was only at the weekend trainer Evan Williams and owners William and Angela Rucker made the decision to go for the Liverpool showpiece.

However, the Coral Welsh Grand National hero needs seven horses to come out to make the maximum 40-strong field.

“I have always been a believer in those big handicaps what will be, will be. If those horses come out that would be fantastic and if they don’t, it wasn’t meant to be,” Williams told Nick Luck’s podcast.

“I can’t pretend the plan was we’d end up in the Grand National, because it wasn’t. We only had the green light on Saturday that was what we would do.”

“He’s in great form and we wouldn’t even be thinking about the race if he wasn’t.

“The reality was we had looked at Cheltenham and I thought that a couple more weeks would be of benefit to us. It was only that I had not sat down with Mr and Mrs Rucker until Saturday.

“He’s a grand horse. If I have a weakness then it is buying horses that get slower as they get older. You would say he’s old fashioned, but that is the horse I buy as a youngster and the type of horse I love dealing with.”

Secret Reprieve’s regular rider Adam Wedge is in a race of his own to be fit in time for Aintree after he suffered a back injury in a fall at Newbury in early March.

Williams said: “He sees the main man about his scan and everything tomorrow. That will be D-Day to some extent because we want to get him back riding for every day next week really.

“I would say tomorrow is a big day for him.”

Secret Reprieve is generally a 14-1 chance for the Grand National.