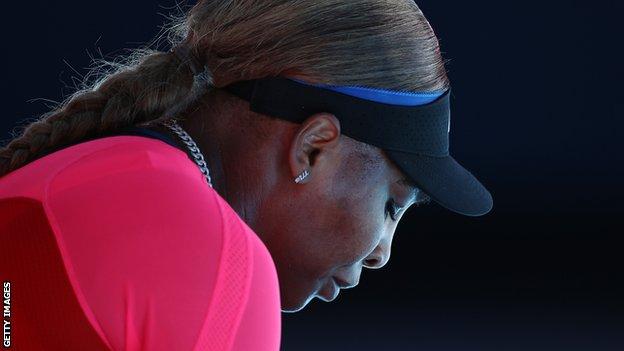 Serena Williams has pulled out of this week's Miami Open after having oral surgery.

The 23-time Grand Slam singles champion was knocked out of the Australian Open semi-finals by Naomi Osaka in January.

"I am disappointed to withdraw," said 39-year-old Williams, who has won the Miami Open eight times.

"Miami is a special tournament for me because it's my home and I am sad I won't be able to see the incredible fans this year."

The men's draw has already been depleted by the withdrawals of world number one Novak Djokovic, Roger Federer, Rafael Nadal and world number four Dominic Thiem.

It gets under way on Monday.

Your Film Night: A talented young drummer is pushed to his limits in this psychological dramaMOTDx: Football, music and culture from the Premier League with Jermaine Jenas
Source