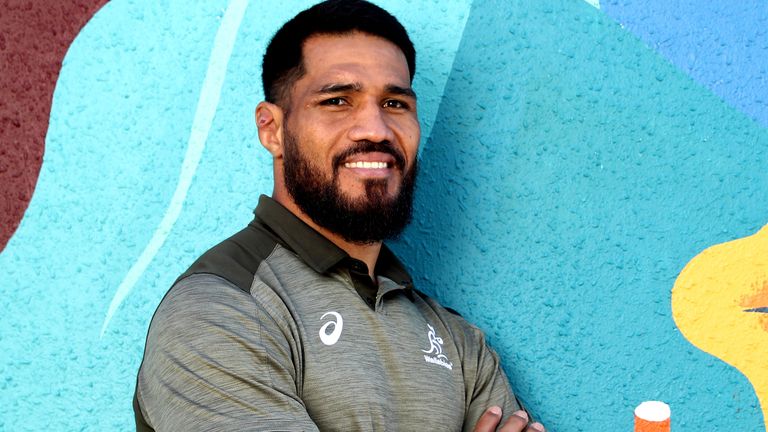 Sitaleki Timani could make his Wallabies return against France

Sitaleki Timani returned to the Wallabies set-up after eight years in self-imposed exile as Australia coach Dave Rennie named a 38-man squad for next month’s three-Test series against France.

Rennie selected 11 uncapped players in his squad, which was enlarged to mitigate for the compressed timeframe of the series with three games in 10 days.

Timani won the last of his 18 caps against Scotland in 2013 before heading off to play club rugby in France for Montpellier and Clermont.

The 34-year-old lock returned at the end of last year and signed for Western Force, making him eligible to play for his country again.

“We’ve picked this squad on form and on potential, and I know the whole group is really excited to get stuck in and push their case for a Wallaby jersey against France,” said Rennie. Australia’s backline has been depleted by injuries to Dane Haylett-Petty, Jordan Petaia and high-profile rugby league convert Suliasi Vunivalu, but playmaker James O’Connor has recovered from a neck injury to take his place in the squad.

Flanker Michael Hooper returns from a sabbatical in Japan to captain the side.

Waratahs loose forward Lachie Swinton, sent off on debut against the All Blacks last year, was included despite also being shown a red card in their Super Rugby Trans-Tasman defeat to the Chiefs.

His Waratahs team-mate Izaia Perese was among the uncapped backs named in the squad despite sustaining a shoulder injury on Saturday.

Melbourne Rebels Andrew Kellaway and Michael Wells were among the more surprising inclusions, along with Perese’s centre partner at the Waratahs, Lalakai Foketi.

Australia’s series with France starts in Sydney on July 7 before matches in Melbourne and Brisbane on July 13 and 17 respectively.