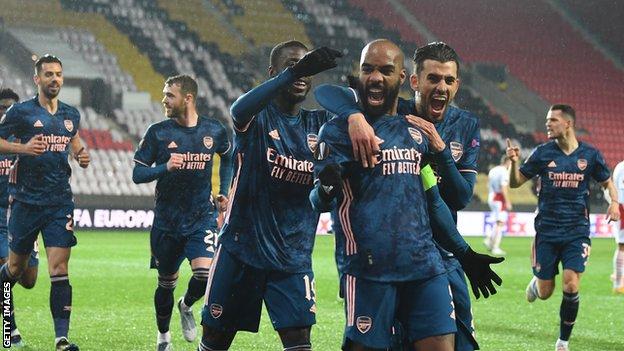 Arsenal secured what manager Mikel Arteta called an "important win in a crucial moment" as they impressively swept aside Slavia Prague to reach the Europa League semi-finals.

The Gunners produced one of their best performances of the campaign to turn a potentially difficult night into a fine away victory.

With the tie evenly poised at 1-1, they scored three goals in the opening 24 minutes and had another ruled out by the video assistant referee – all-but ending the contest in the opening period.

It kept alive their hopes winning the competition – and with it their only realistic chance of European football next season.

"The boys were really at it from the start," Arteta said. "We won in a convincing way, so credit to the players."

Nicolas Pepe squeezed home at the near post to open the scoring in the 18th minute before Alexandre Lacazette converted a penalty three minutes later following a foul on Bukayo Saka.

Saka coolly swept in the third as Arsenal tore their Czech opponents apart once more.

Arteta's side controlled the game expertly thereafter and Lacazette smashed his second low into the net in the latter stages.

The Gunners will face Villarreal – managed by former Arsenal boss Unai Emery – in the last four.

Manchester United meet Roma in the other semi-final after Ole Gunnar Solskjaer's side comfortably saw off Granada.

This was Arsenal's biggest game remaining this season.

Had they lost, their campaign would have effectively been over. Instead they breathed life into its final two months.

Their wastefulness in the first leg left the tie in the balance but in Prague, where their hosts had not lost for more than a year, they were supremely clinical. 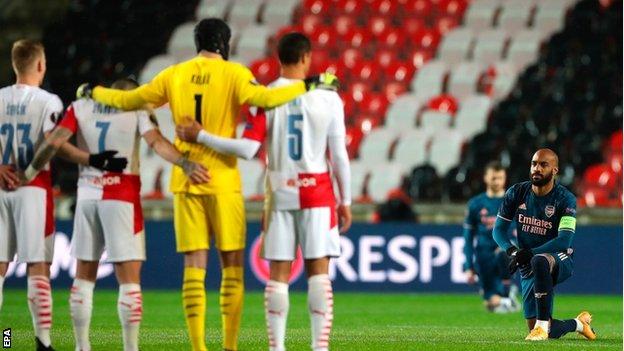 Arsenal's two-goal scorer Lacazette stared directly at the Slavia Prague's players while taking the knee before kick-off. The Slavia players stood while the visiting side made the anti-racism gesture

Spurred on by the guile and energy of Emile Smith Rowe, they scored three goals from five first-half shots – doing so without their captain Pierre Emerick Aubameyang, who revealed shortly before kick-off he has contracted malaria.

Slavia had already knocked Leicester and Rangers out of this year's competition but at half-time they resorted to substituting four key players, seemingly an acceptance the tie was over.

It is 25 years since Arsenal, currently ninth in the league, failed to qualify for Europe and this win ensured they can extend that run.

A meeting with Emery, who took Arsenal to the Europa League final in 2019 and won the tournament three times as manager of Sevilla, awaits on 29 April.

"It will be really tough and Unai Emery is probably the most successful manager in this competition," Arteta told BT Sport .

"We started really well and were aggressive in our high press.

"We looked a threat all the time. I really like the reaction of the team to the goal being disallowed."

Arsenal's best performance of the season?

It is little surprise that this performance came with Smith Rowe and Saka – the two shining lights of Arsenal's inconsistent season – reunited in the attacking line.

Smith Rowe, a doubt for the game with an ankle injury that kept him out of the weekend's win over Sheffield United, had put Arsenal ahead in the 14th minute when he turned in the rebound after Saka's rasping shot was turned on to the post but he was narrowly judged to be offside.

It was the 20-year-old playmaker, however, who showed delightful feet to tee up Pepe for the opener moments later.

He then played in Saka whose driving run was unfairly halted by the sliding Jakub Hromada, resulting in the second goal from the penalty spot.

Why Saka could be a future Arsenal captain

Saka took the spotlight soon after, driving off his flank once more and finding the bottom corner while Lacazette was clinical with his spot-kick and assured second-half finish.

Pepe, too, a player often criticised during his time at Arsenal, impressed on the left. He now has five goals and four assists in this year's competition.

It will also please Arteta how Arsenal managed the game with a defensive solidity not seen at times this season.

"It was fantastic from start to finish," Saka told BT Sport.

"It shows everyone how exciting we can be, when we play like this it is so amazing to be involved in."

Arsenal have reached the semi-finals of European competition for the 10th time (including Fairs Cup), with the Gunners getting to the last four in three of their four Europa League campaigns.Slavia Prague suffered their first home defeat in their last seven European games (W3 D3), conceding more goals in this game (4) than in the previous six on home soil (3).Arsenal have scored 3+ goals in four consecutive away games in all competitions for the first time since December 1932 (5 games).Arsenal kept a clean sheet in a European game for the first time in eight games, since a 3-0 away win over Molde in the Europa League in November 2020.Nicolas Pepe has been directly involved in nine goals in his 10 starts for Arsenal in the Europa League (4 goals, 5 assists).Emile Smith Rowe registered his seventh assist in all competitions this season, the joint-most of any Arsenal player in 2020-21 (level with Willian).Only Radamel Falcao (20) and Kevin Gameiro (19) have scored more Europa League knockout stage goals than Arsenal striker Alexandre Lacazette (18). Alexandre Lacazette has scored 2+ goals in consecutive games in all competitions for the first time for any club since his last three appearances for Lyon in May 2017.With four goals to his name, Bukayo Saka is now Arsenal's joint-top teenage scorer in major European competition, level with Charlie George and Ray Kennedy. 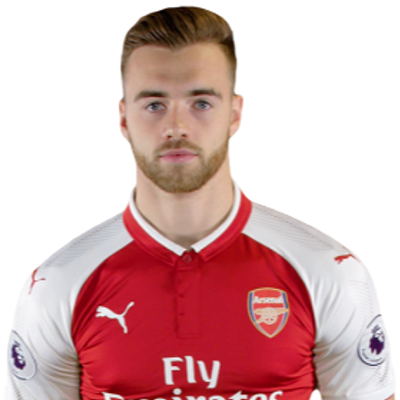 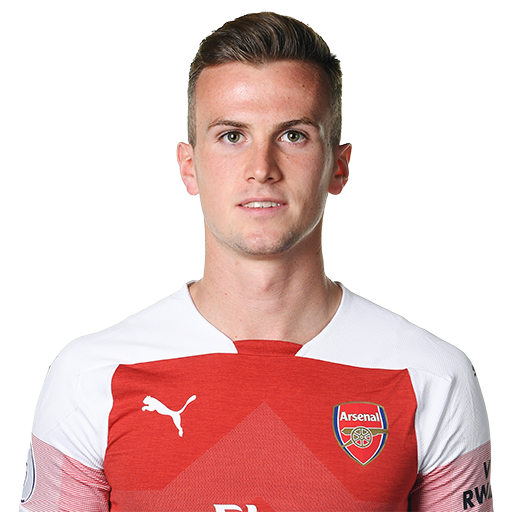 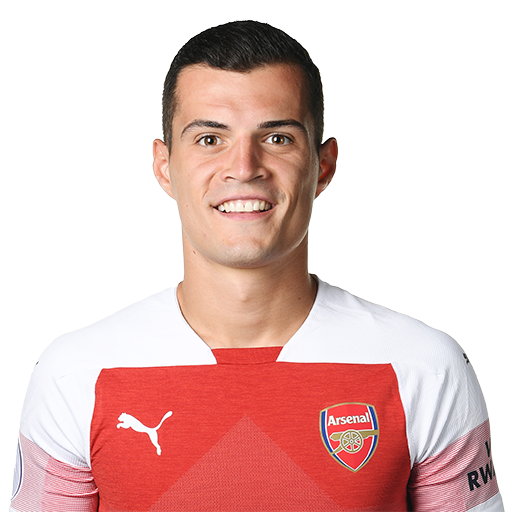 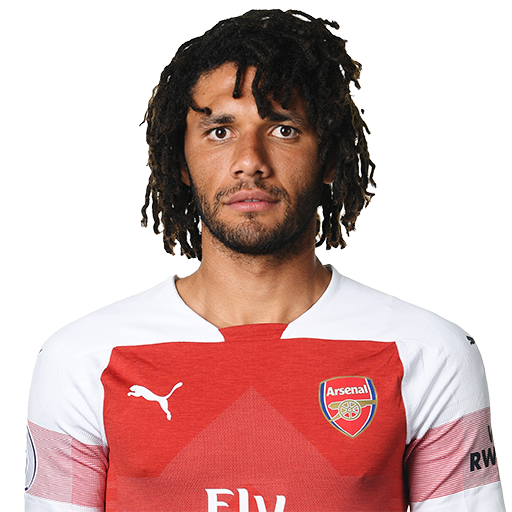