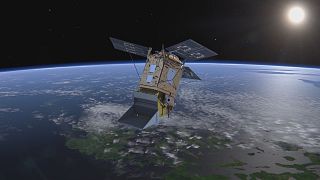 Despite knowing the health risks, millions of us end up getting sunburned every year – often for the sake of a tan. But Munich-based startup Ajuma is attempting to improve our age-old relationship with the Sun. It’s developed a gadget that monitors a person’s exposure to ultra-violet rays. Harnessing satellite earth observation technology, Ajuma’s UV-bodyguard device sends data to your smartphone to warn you before it is too late.

“We combine satellite and UV measurement data to provide the user with the most reliable recommendations for healthy time in the sun based on their skin type,” explains Ajuma’s co-founder Annette Barth.

Julian Meyer-Arnek, the company’s other co-founder, came up with the idea while working for Germany’s space agency, the DLR.

“Annette has very sensitive skin. And since I’d been working in the field of ozone research for 15 years, I thought a measuring device could be developed for it.” 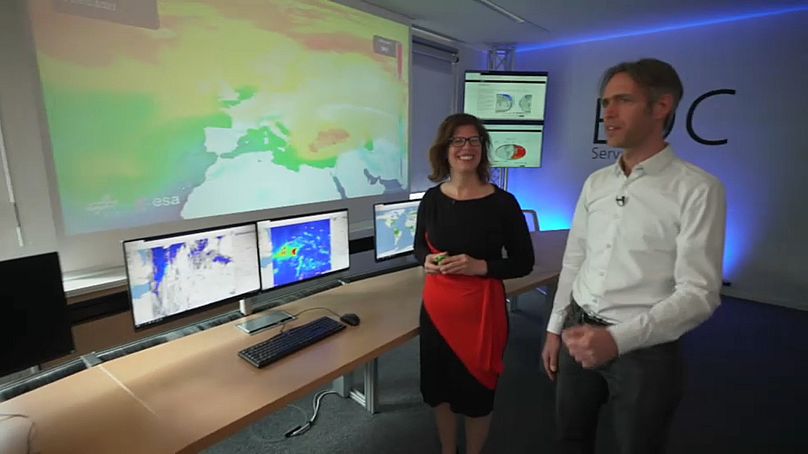 Ajuma is what’s known as a downstream space company. That means it is harnessing upstream space technology – in its case satellite earth observation – to create an application back on earth. In the coming decades, the downstream space sector is expected to generate the greatest number of commercial opportunities and growth.

A spin-off out of the DLR, Ajuma also received support from an EU initiative called the Copernicus Accelerator. It offers a range of services to help startups in Europe’s space industry get off the ground. In Annette and Julian’s case, that resulted in a 12-month tailor-made business coaching programme.

“The Copernicus Accelerator really helped us to promote the UV-Bodyguard and bring it to market – through its fantastic mentoring programme and, of course, its great network.”

And that support already appears to be paying off. The firm recently struck a major deal to sell its product with a large European outdoor retailer.

To build on the success of the Copernicus Accelerator, Europe recently launched its CASSINI initiative. That puts in place a huge €1bn European Space Fund to boost innovation and turn SMEs and startups working in Europe’s space sector into world-leading companies.

“The new CASSINI initiative has the very clear priority to support startups in the different phases of their development,” explains Martina Sindelar from the European Commission’s DG DEFIS.

She adds: “One element will be the dedicated space fund, which will give fresh venture capital to startups, but we will also launch an important competition for stimulating the development of highly innovative products. There will be business growth support in the form of an accelerator and we will certainly try to bring startups and industrial partners together.”

EU space programmes provide public services to EU public authorities, companies and citizens. Space data is essential to answering societal challenges, such as the sustainable consumption of natural resources, safety and security, and climate change.The space sector provides over 230,000 jobs in the EU, from manufacturing to space operations and downstream services. It is worth between €46-54 billion to the EU economy.Europe’s access to space underpins the implementation of many EU policies, the competitiveness of European industry and businesses, as well as its security, defence and strategic autonomy. Space reinforces the role of Europe as a stronger global actor.