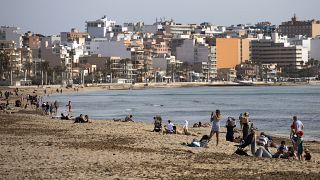 A man was arrested in a Mallorca town after allegedly infecting 22 people with COVID-19, Spanish police have said.

The 40-year-old man “continued with his normal life” despite having coronavirus symptoms and having taken a PCR test.

Colleagues told police that he came to work with a fever of 40 degrees Celsius.

At his workplace he coughed loudly, lowered his mask and told people he would give them all the coronavirus, police added in a statement released on Saturday.

Police said that he infected eight people directly and 14 people indirectly including at his workplace and gym in the Balearic town.

Three of the people infected were babies only one-year-old.

Police began investigating “at the end of January when the agents learned of the existence of a COVID-19 outbreak in a well-known establishment in Manacor,” Spanish police said.