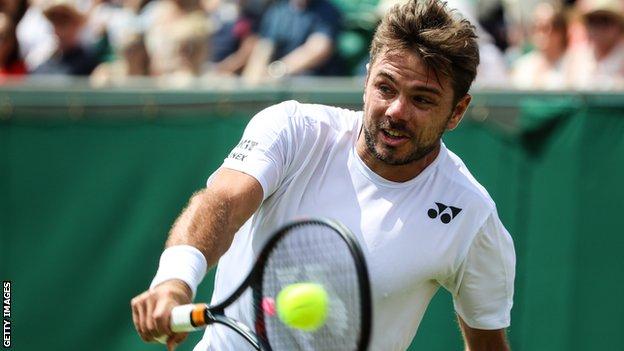 Three-time Grand Slam champion Stan Wawrinka has pulled out of Wimbledon with a foot injury that has also forced him to miss the ongoing French Open.

Former world number three Wawrinka, 36, had an operation on his left foot earlier this year.

He has not played on the ATP Tour since his opening-round defeat by Lloyd Harris at March's Qatar Open.

Wimbledon, which begins on 28 June, is the only Grand Slam the Swiss, twice a quarter-finalist there, has not won.