Starman could head to France next for the Prix Maurice de Gheest at Deauville before running in the Betfair Sprint Cup at Haydock; ground key for Ed Walker’s Group One hero, with four-year-old being kept away from soft and heavy conditions Ed Walker has confirmed the Prix Maurice de Gheest at Deauville and the Betfair Sprint Cup as the next two likely targets for Starman, as long as the ground is suitable.

Starman’s only defeat in six starts came on soft ground at Ascot in October – but he showed what a class act he is with a powerful performance to open his Group One account in the Darley July Cup at Newmarket.

The rain stayed away to allow Starman to strut his stuff after heavy downpours had forced Walker to withdraw him from the Diamond Jubilee Stakes at Royal Ascot.

Walker is now hoping the weather will be kind when the Maurice de Gheest comes around on August 8 and the Sprint Cup on September 4.

Walker told Sky Sports Racing: “The calendar is not that generous with opportunities for him so the next logical step would be the Prix Maurice de Gheest at Deauville and then the Haydock Sprint Cup. At the moment those are his next couple of targets. 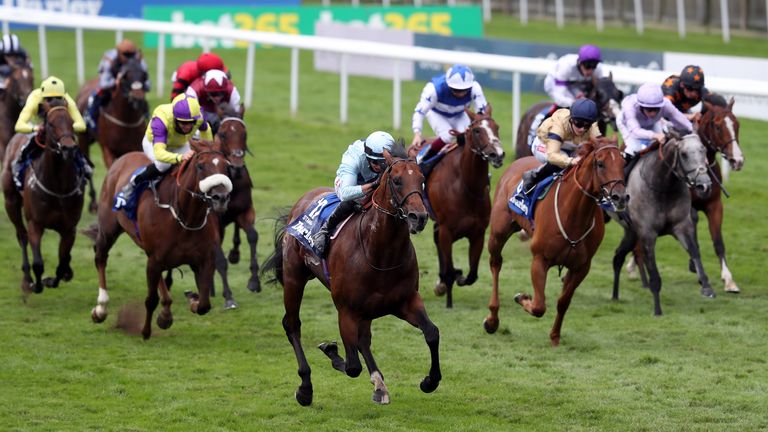 “You can get soft ground at Deauville and obviously at Haydock as well, so we’re just going to play it by ear. We’ll see what the weather is doing and see how he is, but it’s great to have a big one in the bag. It’s great to have a horse like that.”

Reflecting on Saturday’s triumph at Newmarket, the trainer’s first Group One success, Walker said: “Plenty went wrong in the race, it was messy and he got barged around a bit. It wasn’t smooth by any stretch.

“Tom [Marquand] did a great job, the horse was very brave and it was a tremendous performance. It was an exciting race to be a part of.

“We were very lucky with the rain. There was a lot around, but it was very localised and thankfully missed the track.”