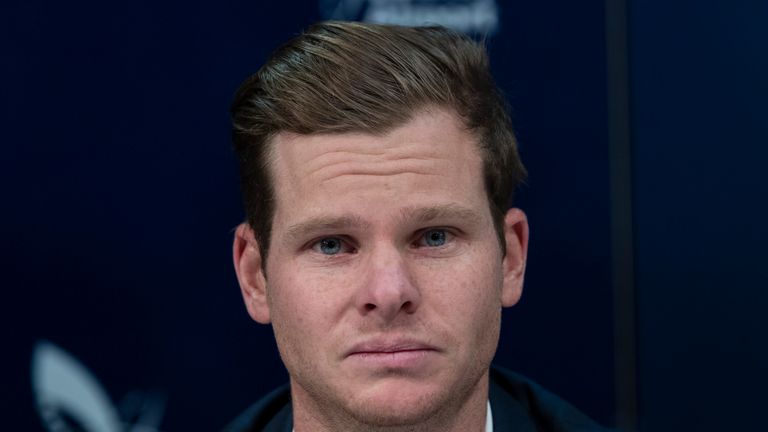 Australia began 2018 on the crest of a wave having just regained the Ashes – but that feel-good factor was to be shredded close to three months later with the ball-tampering scandal.

Steve Smith, David Warner and Cameron Bancroft were slapped with bans for the roles they played in a plot to alter the condition of the ball in the Cape Town Test against South Africa in March.

A number of high-profile figures in Australian cricket also left their jobs, while a review into the culture of Cricket Australia ended with the damning verdict that the organisation was “arrogant”.

Australia’s Test series in South Africa had been controversial long before the Newlands scandal, starting with the opener in Durban when Warner and Proteas wicketkeeper Quinton de Kock became embroiled in a confrontation in the players’ stairwell during the tea break on day four after De Kock allegedly made a remark about Warner’s wife.

Warner, who was restrained by Smith and Usman Khawaja, lost 75 per cent of his match fee, with De Kock stripped of 25 per cent of his in the same Test in which Nathan Lyon was fined after dropping the ball onto AB de Villiers.

Tempers flared again in the second Test in Port Elizabeth with home seamer Kagiso Rabada initially struck with three demerit points – which took him over the threshold of eight within 24 months and therefore incurred him an automatic two-Test ban – after brushing shoulders with Smith while celebrating the batsman’s wicket.

The paceman appealed the decision and his penalty was subsequently cut to one demerit point, leaving him with seven in total, and free to play in the Cape Town Test, a game that will go down as one of the most controversial in cricket history.

Even without the ball-tampering, the Newlands match would have made headlines, with Warner baited by a spectator after being dismissed on day two. Yet that was swiftly forgotten a day later when Bancroft belatedly revealed he had attempted to meddle with the ball in the post-play press conference. The batsman had been caught on TV rubbing a small yellow object – which he said was sticky tape but later turned out to be sandpaper – on the ball before hiding it down his trousers. Bancroft later admitted his guilt saying he would “have to live with the damage to my reputation”.

Smith accompanied Bancroft in front of amazed reporters, saying the plot had been concocted by Australia’s “leadership group” – Smith did not stipulate which players he meant but did insist that the coaching staff, including head coach Darren Lehmann, had no knowledge of the scheme.

Smith also confirmed that he had no intention of stepping down as captain, a call that was later taken out of his hands. Australia’s attempts at ball-tampering had failed, with the on-field umpires deciding the ball had not been tarnished in any noticeable way – but the fallout was just beginning. 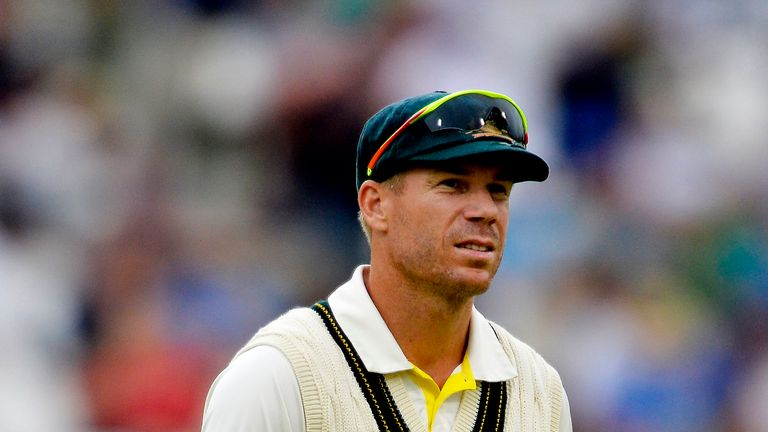 As Australia struggled to come to terms with the scandal – Prime Minister Malcolm Turnbull called the episode a “shocking disappointment” and urged Cricket Australia to take “decisive action” – Smith and vice-captain Warner were swiftly stood down from their roles for the remainder of the Test and then, along with Bancroft, suspended and sent home.

Heavier punishments were to follow with Smith and Warner banned by Cricket Australia for 12 months – a call that convinced the BCCI to also ban them from the IPL – and Bancroft hit with a nine-month reprimand.

Cricket Australia found Warner to be responsible for initiating the plan to ball-tamper and he was told he would never again be considered for a leadership position within the team.

CA also explained that Smith had known about the plot but failed to prevent it so would not be eligible for a leadership role until a minimum of 12 months after his ban elapses on March 29, 2019.

Bancroft received a shorter ban than his peers but also missed out on a county deal, with Somerset opting to tear up the agreement they had made with him the previous December.

The apologies and aftermath

Smith, Warner and Bancroft cut emotional figures as they expressed deep regret over their actions upon returning to Australia – a teary Smith told of how he had “failed” as captain, Warner admitted that he feared he would never play for Australia again and Bancroft said he had “let everyone down in Australia”.

Coach Lehmann was found clear of any wrongdoing but revealed his intention to stand down after the South Africa series: “It is the right time to step away,” Lehmann said. “I hope the team rebuilds and the Australian public can forgive the young men and get behind the XI.”

England one-day captain Eoin Morgan had spoken of cricket’s reputation being “battered” in the wake of the scandal – and Cricket Australia was, too, once the findings of an independent report came out, with it stated that a “win-at-all-costs” mentality forced players to “play the mongrel” and that Australian cricket had “lost its balance and stumbled badly”. 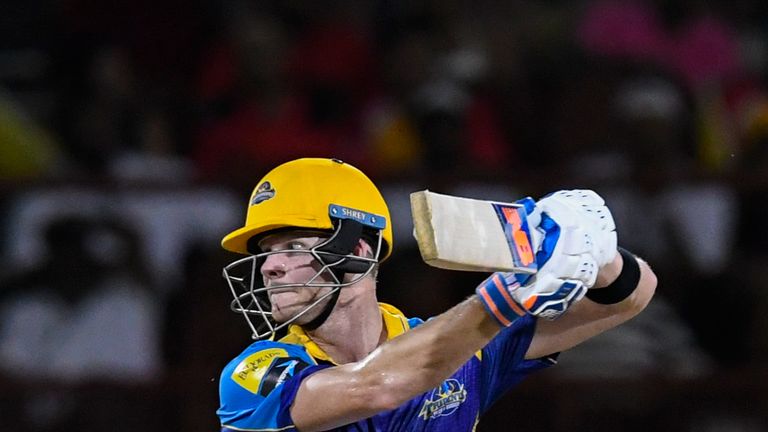 Times have been tough for Australia on the field since Cape Town – a broken team lost the third Test in South Africa by 322 runs and a patched-up one fell to defeat in the fourth by a whopping 492 runs. Australia have lost 18 of the 26 matches they have played in all formats since Newlands, including a 5-0 ODI whitewash in England.

However, last week’s series-levelling win over India in the second Test in Perth, one not without verbal exchanges, should give a Test team now skippered by Tim Paine, and one focused on playing “hard but fair cricket”, confidence going forward, with 2019 to include an Ashes defence away from home, starting in August.

Smith, Warner and Bancroft will be available for selection for the Baggy Greens by then after spending recent months often playing in the less-glamorous surroundings of Sydney grade cricket, Darwin’s Strike League and the Global T20 Canada.

Smith and Warner also headed to the Caribbean Premier League, though their run returns were not what they would have hoped for, with Smith mustering a solitary fifty in seven innings for Barbados Tridents and Warner one in nine for St Lucia Stars as both sides failed to make the end-of-season play-offs. 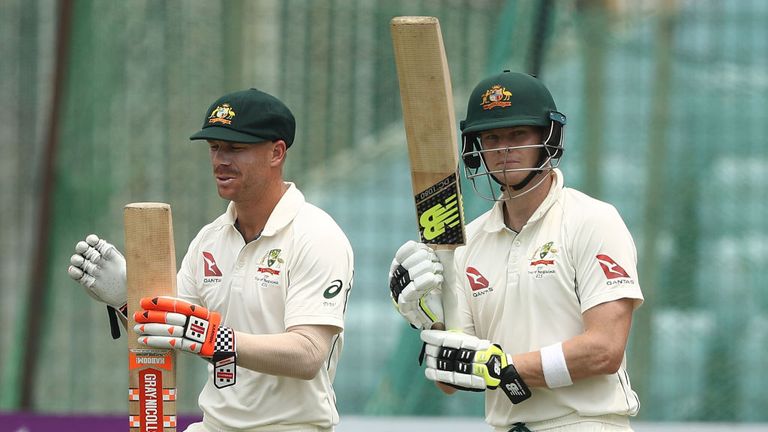 Bancroft’s ban elapses on December 29 so he could be back in the public glare for Perth Scorchers in the Big Bash the following day against Jofra Archer’s Hobart Hurricanes – following his decision not to pack in the game and become a yoga instructor.

The batsman has also been signed as Durham’s overseas player for the 2019 campaign. Smith and Warner, meanwhile, could make their international returns in April in Australia’s ODI series against Pakistan but will be kept busy until by then by T20 stints, with Smith heading to the Pakistan Super League and Warner the Bangladesh Premier League. Both also have IPL deals.

Australia coach Justin Langer would dearly love Warner and Smith back from a playing perspective as his side look to defend the World Cup title they won for the fifth time by beating New Zealand in the 2015 final but Smith knows he will be in for a hostile reception from English fans if he plays in the 50-over showpiece and the Ashes series that follows.

Smith was the star man in the previous Ashes series as Australia claimed a crushing 4-0 win, scoring 687 runs at an average of 137.40, with three hundreds. He will hope to get back to those sorts of exploits in 2019 following a 2018 that rocked Australian cricket, and the game worldwide, to its core.

Watch Australia in the Cricket World Cup, plus their Ashes defence against England, live on Sky Sports Cricket in 2019.