Stuart Hogg takes Finn Russell’s No 10 jersey for Scotland’s match against Italy in the Six Nations on Saturday; Hogg: “Is there any trepidation? Oh yeah, 100 per cent. I’m really nervous about the game” 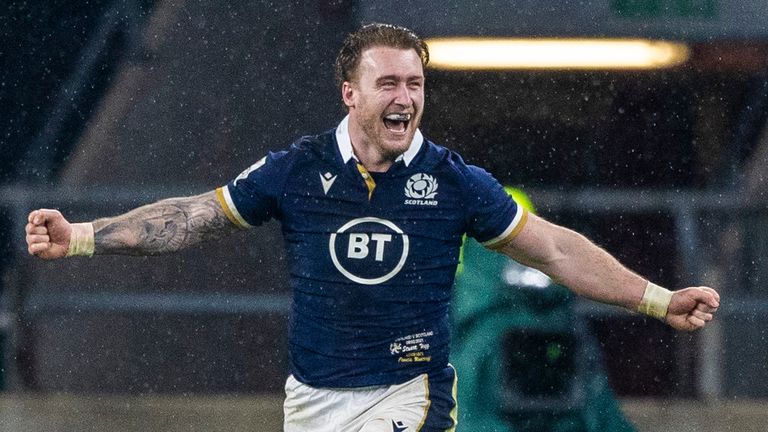 Scotland skipper Stuart Hogg admits he will be firmly outside of his comfort zone as he pulls on Finn Russell’s No 10 jersey this Saturday.

The British and Irish Lions full-back will start a Scotland Test at stand-off for the first time as Italy arrive for their Six Nations clash at Murrayfield.

Hogg has brief experience of taking on the playmaking duties – including a midweek tour match with the Lions back in 2013, while he finished last week’s defeat to Ireland in the pivot role after Russell went off with a concussion.

With head-injury protocols meaning the Racing 92 star is now ruled out of facing the Azzurri, coach Gregor Townsend has opted to push Hogg forward to spearhead Scotl and’s attack rather than go with Edinburgh’s Jaco van der Walt.

And while the Exeter Chief may be world-renowned for his abilities at No 15, Hogg admits he will be shaking in his boots as he steps into Russell’s shoes against the Italians.

He said: “Is there any trepidation? Oh yeah, 100 per cent. I’m really nervous about the game.

“But to get the best out of people you have to put them in an uncomfortable position. This is the perfect scenario for me – I am not comfortable (at 10). 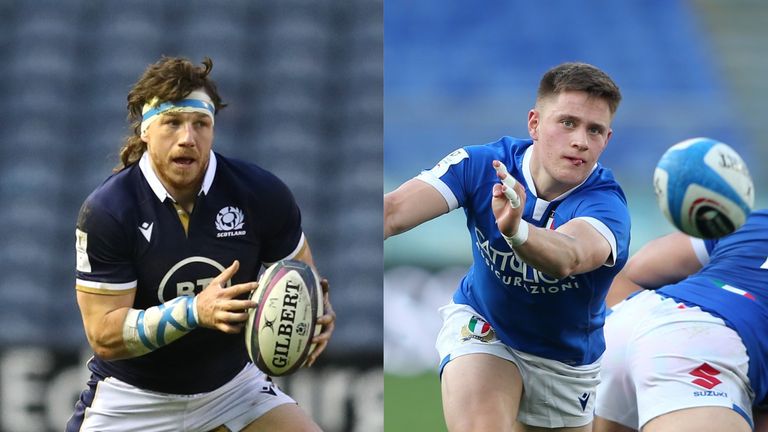 Scotland face Italy in the Six Nations this weekend

“I’m happy to play 10 but I’m not going to go into the game with as much confidence as I would be playing 15. But I’m excited about the challenge – even though it’s going to make me un-comfy at times.

“I am a big believer in my own ability and when Gregor asked me if I wanted to play 10 I said, ‘Whatever is best for the team’. Gregor wouldn’t ask me those questions if he didn’t believe in me.

“It’s a new challenge and a first opportunity for me to start at 10 for Scotland. Obviously it would be ideal if Finn was fit but these things happen.

“Finn and Jaco have both been outstanding this week helping me along the way. I feel a huge amount of confidence going into the game because Gregor and the coaches have given me this opportunity to express myself.

“I’m excited for it. It gets me involved in the game a little bit more. I might not have the time and space I’m used to but it’s another challenge I’m looking forward to.” 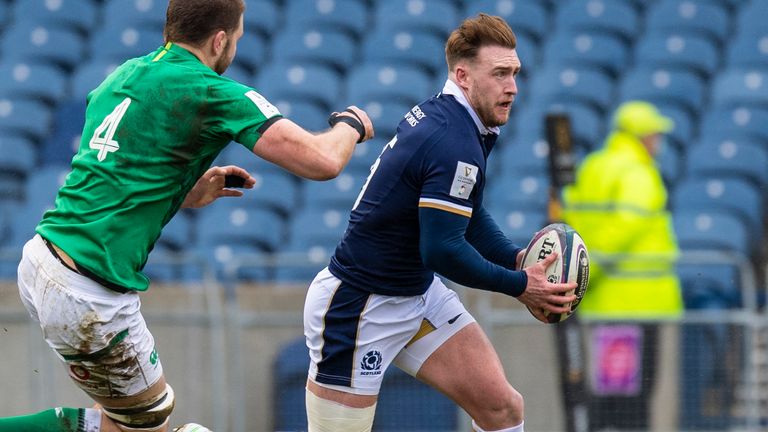 But Hogg insists he will not be attempting any of Russell’s maverick manoeuvres.

“I am not going to sit here and say I’m anything like Finn Russell,” he said with a wry grin. “No-one in world rugby is the same as Finn.

“I’m not even going to try to be him. The big thing for me is getting my basics right, making sure I get in the right positions and allow us to go forward with good momentum.”

Meanwhile, the Scottish Rugby Union are still waiting for final confirmation that they will have access to their English Premiership stars for next week’s rearranged clash with France in Paris.

Hogg and Chiefs team-mates Sam Skinner and Jonny Gray are among those who could be barred from playing if clubs south of the border decide not to release their stars for a game that lies outside the international window.

But there is hope an agreement is close after Worcester Warriors confirmed back-rower Cornell du Preez would be released so long as “it is on the same financial terms as English players are released to the RFU”.

For now, though, Hogg remains in the dark.

“We’ve just got to let the powers that be make the decisions,” he said. “All I’m concentrating on is playing the Italians tomorrow. It’s a decision that’s outwith my hands so therefore it’s pointless me chatting about it.”