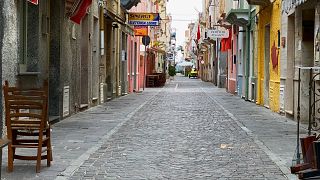 Italy is heading back into lockdown this Easter as it struggles to contain the third wave of COVID-19. Sardinia, an Italian island, has also had this restriction imposed upon it, despite being one of the only regions in the country to hold the virus at bay.

Like many other European countries, Italy has a colour system that reflects the level of risk from the virus. If a region is red, it’s in the highest risk category and thus has the most restrictions. White is the lowest risk level with the most relaxed restrictions.

For some weeks, Sardinia was in the unique position of being in a COVID ‘white’ safe area. This is partially due to its insularity, small population and a thorough screening campaign. As the rest of Europe was starting to shut down, Sardinia was opening up. This is now changing. 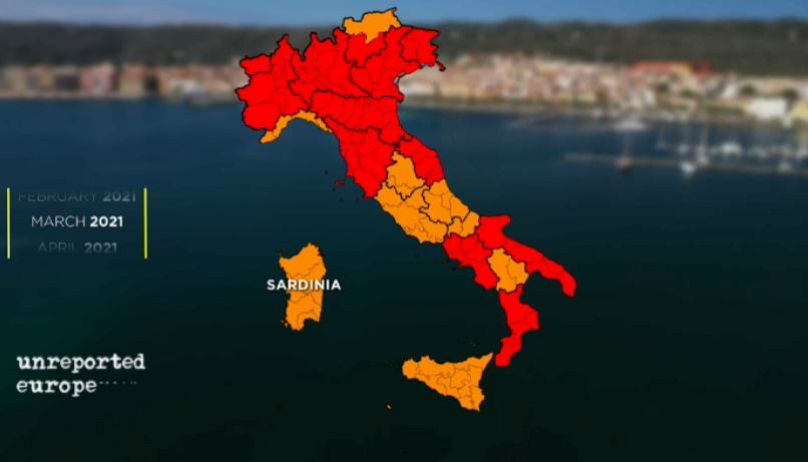 Stefania is a resident of Carloforte, she tells us what it means to be in a white low-risk zone. It’s a relief because they can “finally move around the region freely”. Marisa, another local, says it means “being more outside, going for longer walks, meeting people, stopping and talking with them”.

Sardinia has succeeded in keeping the number of COVID-19 cases below 50 for every 100 000 residents for almost a month. Some Italian regions on high alert can have over 500 cases for every 100 000.

However, restrictions can change very quickly and that is why the Mayor of Carloforte does weekly speeches to inform the population of what is going on. His Facebook lives have become a must-see for everyone from the area.

It’s the Mayor of Carloforte who prepares the locals for the sad news that Sardinia will now be in an orange risk zone. This means that bars and restaurants will close and residents won’t be able to leave their towns. He tells us that being a white zone isn’t a goal achieved by chance, “it is something we worked really hard to obtain and we should try to keep it like that. The way forward is to respect regional directives”.

For residents like Marisa and Stefania it’s a change for the worse. They don’t understand why the decision was taken so abruptly. “The cases we see on TV are far from our reality. We really have fewer cases”, Stefania adds. 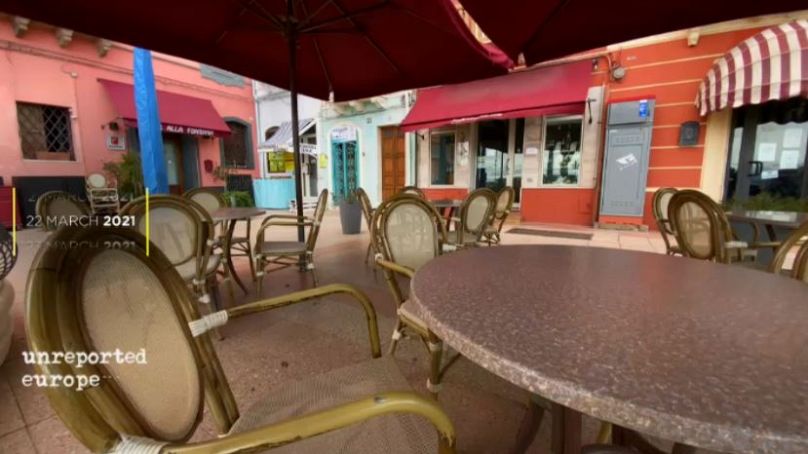 The residents of Carloforte got to enjoy one last weekend before having to deal with the new restrictions. They went out to bars and enjoyed the terraces of restaurants owned by people like Cristiano. He feels puzzled by the decision to put Sardinia into a higher risk category. “Bills continue to arrive, rent needs to be paid, so we don’t really know how to proceed”, he tells us. But to him the greater issue is not the finances, it’s the way the risk system works. With a 0.8% infection rate, he doesn’t understand why the island is moving into an orange zone.

The colour status of every Italian region is re-evaluated every week and depends on how the pandemic evolves. Perhaps Sardinia will once again go back to its safer status shortly.

“Sardinia managed to be a COVID white zone for three weeks. It’s been good for us”

According to internationally renowned virologist, Andrea Crisanti, this risk system strategy has “proven totally inefficient”. He believes that after the first Italian lockdown, they missed “the occasion to set up a control and tracing system based on automatic closures and restrictions whenever a cluster emerged”. The initial optimism that the emergency had stopped was coupled with “a series of mistakes, repeated over time”.

More than just once, the government’s decisions have ignited controversy among regional authorities. Sardinia is the latest. Its local administration has chosen not to comment on Rome’s decision, but the Mayor of Sardinia’s main city, Cagliari, in the island’s southern tip, decided to speak out. He tells us that Sardinia deserves to remain in a lower risk zone “because out of 21 factors used by the government to evaluate the level of risk, 20 were under risk level”. According to him, only one had slightly increased, the R number.

Sardinia desperately needs tourists, but not the virus they might spread. Before last summer, the region was almost COVID-free, but its touristic areas became clusters in August. People fear this might happen again.

In Olbia, Sardinia’s main tourist port in the north, any passenger arriving without a negative COVID-19 test or a vaccination certificate is tested on-site. However, Alberto Fozzi, who works for the Civil Protection Agency, thinks that when thousands of tourists come during the summer months “thorough screening” like this will not be possible.

This may not be a problem though. According to Crisanti, the number of cases now is already too high especially compared to last year’s post lockdown months, so travel might not be possible. 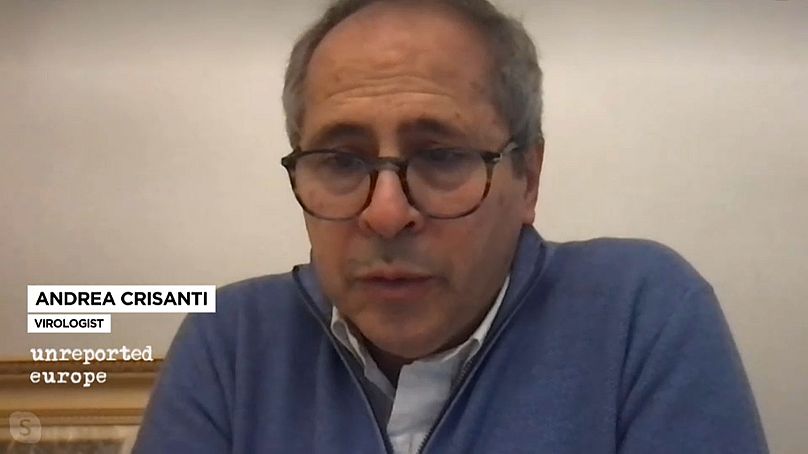 He suggests that the best course of action is “three complementary strategies: vaccination, distancing and the development of surveillance and tracing systems supported by IT and PCR tests”. Things, he says, they’re not fully able to do right now.

Everyone seems to agree that the best way forward is vaccination. Europe is diving into it, though many countries are experiencing delays due to vaccine shortages. Sardinia is at the tail end of the number of jabs administered. However, in the brand new vaccination centre in Olbia, authorities are trying to accelerate the process.

Marco Cilliano a contagious disease specialist there tells us that they are “almost in line with the programme, despite huge challenges. There are difficulties in recruitment, in IT, in the supply of doses and in keeping stock for second doses. We need to keep around 30% which means we’ve used 70% of the vaccinations received”. 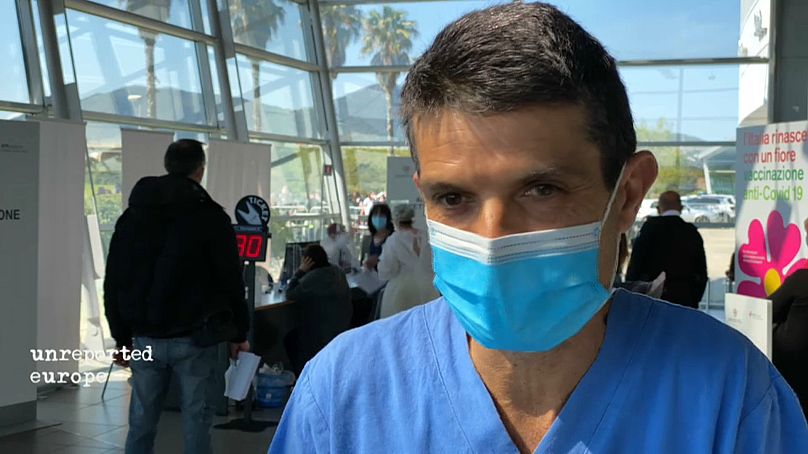 Despite teething problems, the vaccination rollout is improving around the world. The idea of a vaccine passport is also gaining support. The EU Commission is expected to launch it in June. Advocates consider it could boost economies, which goes back to saving lives.