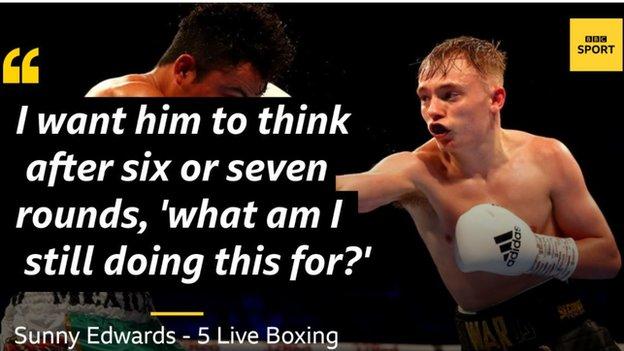 Sunny Edwards believes he can upset the odds and emulate his brother by becoming a world champion on Friday when he faces Moruti Mthalane.

A win would see him land a world title for the first time, just as his brother Charlie did at the same weight in 2018.

"It would make our crazy dad right from what he was saying when I was 10 or 11 years old," Sunny told 5 Live Boxing.

"He said in no uncertain terms we were the best two kids in the country. He was borderline delusional, arrogant and all the things in between. If we both become world champion we'd have made him right to a degree."

Liverpool's Liam and Callum Smith are the only British brothers to have both become world champions to date.

Edwards has previously sparred 38-year-old Mthalane and says the tough South African showed him the "levels" that existed within the sport at the time.

This will be Mthalane's 11th world title contest in a career which has spanned more than 20 years and Edwards believes it is "sad" his rival has not enjoyed wider recognition for his achievements.

"Hopefully for me this is the end of the road for him," added Edwards, who has 15 wins from 15 fights.

"As sad as that is to say out loud, I want to win and convincingly enough that he maybe does question his future in the sport.

"That's what I feel like I'm capable of and that's what I want to do to a vet at this stage of his life. I want him to think after the sixth or seventh round, 'what am I still doing this for?' I want him chasing shadows, getting frustrated and angry.

"He's probably one loss away from retiring. Boxing's not been great to him, it's been stop start, he's been avoided. I want to make him ask all those questions during the fight, not after.

"I've said for a long time I'm a world level fighter. I will learn very quickly on Friday if I am or not. It's when the world is watching, in those 8oz gloves, it's make or break, that's when you know what you're made of." 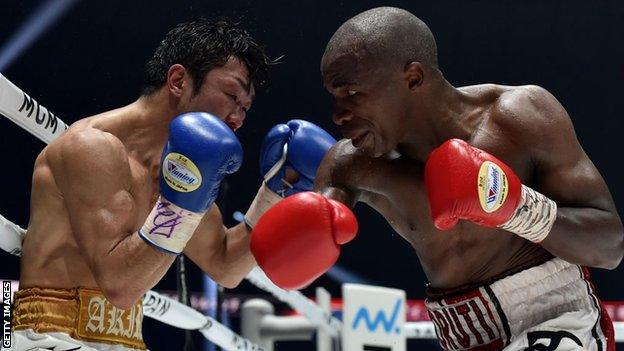 Edwards says he is prepared to make the contest "boring" `by constantly evading such an aggressive rival, adding: "If I want to go missing, I can go missing in a 20ft ring and you won't see me for 36 minutes."

Mthalane is on a 16-fight winning run and has 39 wins from 41 outings in all.

He has enjoyed two world title reigns and in breaking down what he brings to the table Edwards said: "His most dangerous attribute is that heavy jab and I have to take that away from him.

"He's constant pressure. It should be exciting because I will have to do everything in my power to keep him off for 12 rounds.

"It's my job to get him into the second half of the fight, be up on the cards and have him chasing me."

This is a hard one. Let's get it right, Sunny is dependent on Moruti Mthalane being every bit of his 38 years of age. He needs a bit of age to have crept in and then he needs to box out of his skin.

I want to get that out there so that if Sunny does an absolute job on him, let's not imagine he was fighting a guy who was a champion that no one cared about. Mthalane is a dangerous, good, unbelievably experienced fighter.