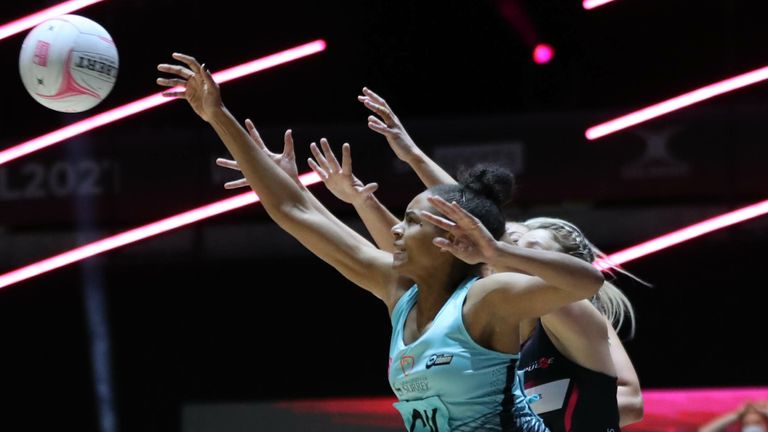 Tamsin Greenway focuses on one of the big talking points from Round 12 and dives into the detail when it comes to the amount of whistle and penalty count in netball.

Well, the Vitality Netball Superleague’s arrival in London was certainly a big one and one that had me hooked! Although I wasn’t surprised by the results from the six matches, what I was surprised about was some of the routes taken by teams to get there.

With respect to Dragons, I don’t think that anyone expected them to be leading at half-time against Bath, but they took their given opportunity against Anna Stembridge’s team and deserved their lead at the break. Yes, the game ran away from them, but it shows that Dragons are beginning to compete for longer periods.

I thought that Sirens would come out on top against Stars but what I was surprised about, was that even though the game remained close, it was quite flat at times. It was a physical encounter and with so much contest, the game wasn’t always able to flow and find its groove.

Loughborough’s early domination and then victory over Wasps was to be expected. Sara Bayman’s team are settled while Wasps are again learning how to adapt without Sophia Candappa being in their mid-court. 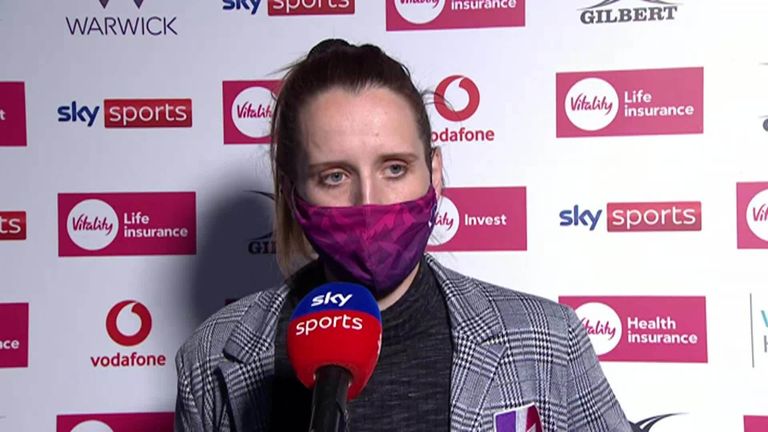 The element of surprise for me during that game, was the emotion Sara Bayman showed at the end, as a close friend I know her to usually brush things off.

I think that Sara’s reaction to Hannah Joseph’s injury, just shows how close all the teams are this season and how much of a roller-coaster they’re on together. I thought that it was pretty amazing that Sara was so open, and it highlights just how intense this season is proving to be for everyone.

Wasps then unsurprisingly bounced back against Stars on Monday night and after that, came probably one of the weirdest games I’ve seen all year when London Pulse faced Surrey Storm.

So, why was it so weird? Firstly, I thought that it was going to be a comfortable victory for London Pulse and actually, Storm were the better team for most of the game and were unlucky not to take the win.

They brought back in Emma Magee and she was a game-changer for them. She brought out the best of Karyn Bailey and of Storm’s attack-end as a whole. And yet, Storm still weren’t able to get the result over the line, which must be really frustrating for them.

The second surprise for me was the starting line-up that Pulse decided to go with; specifically, Kira Rothwell’s move to WA to field Lefebre Rademan and Sigi Burger in the circle, but more importantly Funmi Fadoju‏ being left on the bench.

Leaving her out of the starting line-up nearly cost Pulse victory, as it allowed Storm to get settled and find their attacking flow during the first half.

However, the strangest part of the game was the sheer amount of penalties within it. Now, this isn’t a dig at the umpires, because they were very clear on what they expected, but the huge amount of whistle did totally change the style of the contest.

Overall, London Pulse gave away 72 penalties and Surrey Storm 61, which also included seven cautions and two warnings. To give you a bit of context, in the game before both Wasps and Stars kept their penalty count to under 40.

What it all boils down to, is that if a team has a very high penalty count against them, then it’s very difficult to win a game of netball. Just ask Rhinos about their heavy loss to Thunder – the penalty count was 68-34 – or Australia’s players during the close first Test loss in the Constellation Cup this year; the Diamonds racked up 68 penalties to the Silver Ferns’ 38.

However, if both teams have a high penalty count then it becomes a disjointed and often frustrating encounter, to both watch and play, and that’s exactly what happened in the second half of Storm versus Pulse.

If one team or both teams are being ‘pinged’ a lot, and they want to remain on course to win, then they have to be able to change their behaviour and be proactive.

If we want to continue with this intensity and contest in the Superleague, then I think this is something that really needs to be addressed as we move forwards, by both players and coaches.

One thing that Jess Thirlby mentioned during commentary and in the studio on Monday, was the fact that players should know when to pull out of challenges and manage their bodies. Within the Superleague, we’ve got a lot of young defenders and new combinations. Right now, they’re all stepping up a level but players need to know their limits.

During matches, there are constant choices that players make as to whether or not to go for a ball or pull away. It’s not only up to the players to understand about this, it’s also up to coaches to guide them and help them learn about when it might be best not to commit.

I’ve been watching the ANZ Premiership over the past couple of weeks, and I think in that league there have been some incidents which I would put in the ‘below the belt’ category! The Pulse versus Magic game was filled with arm-locking and hooking, both in the circle and on the edge, and Maia Wilson was caught on camera palming off Parris Mason in the face the week before.

I have to say, I’ve also seen more shoving and arm-locking off the ball in the Superleague this season too. Now, I’m not sure if it’s because I’m watching every game and we’ve not been able to do that before, but players and coaches have a choice as to whether they do it and allow it to continue.

One of the major issues mentioned by umpire Gary Burgess on Monday evening was the amount of backchat and questioning coming from players.

Although we would like players to feel they can express their personalities on court, the respect for the officials must always be there, and this again is something where the boundaries are set within your club culture.

Like so many talking points this season, this one around the penalty count, players’ choices and behaviour has arrived because the sport is under greater scrutiny than ever before.

With every game live, and every game available to watch back, we can all see the different angles, watch replays and talk about every point, which I believe is a good thing.

As we keep striving to improve our product on and off the court, the amount of whistle is huge when it comes to attracting and sustaining new audiences, so is the quality of the game, and a stop-start interrupted match is definitely not something I want to see every week.