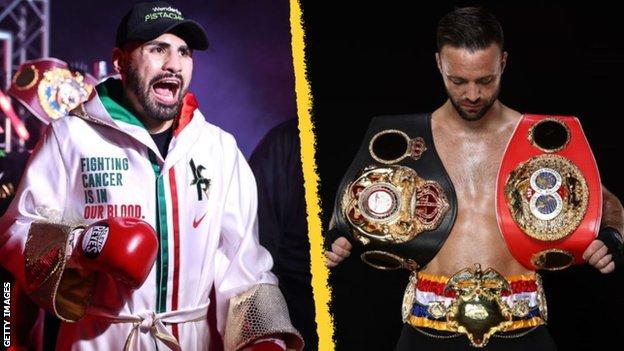 Both Ramirez (left) and Taylor have never lost

Scotland's Taylor takes on American Ramirez in Las Vegas on Saturday night and coverage starts at 02:30 BST, with the fight set to start at 04:00.

Taylor and Ramirez hold two super-lightweight world titles each, meaning all four belts will be on the line.

"Both have shown time and again that on the big occasions, they produce," said Costello.

Since the formation of the WBO in 1988, there have only been six fights across boxing's weight divisions where the WBO, IBF, WBA and WBC world titles have all been on the line.

Taylor, 30, could become the first British fighter to hold all four titles.

Should Taylor triumph, Costello believes it could be argued the achievement "is one of the best in recent years by any British sportsman or woman".