Team Bath boast a three-point lead at the top of the table heading into Round 12 of the Vitality Superleague; the five-time champions take on Celtic Dragons at 12pm on Sunday, streamed live on Sky Sports’ YouTube channel 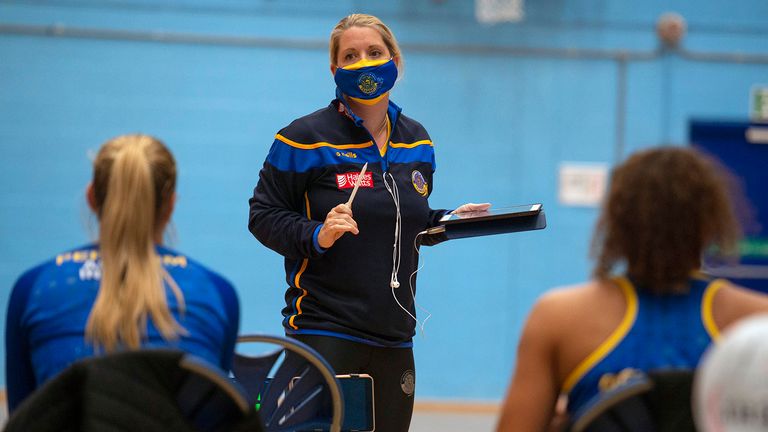 Anna Stembridge insists there is still more to come from her table-topping side (Image Credit: Clare Green for Matchtight)

Team Bath Netball head into the second half of the 2021 Vitality Superleague season with a three-point lead at the top of the table, and head coach Anna Stembridge has backed her side to thrive under pressure as they bid to consolidate top spot.

The five-time winners have made a blistering start to the season, winning 10 of their opening 11 matches, with their solitary defeat coming courtesy of a nail-biting 39-38 reverse to Saracens Mavericks.

As the action moves from Wakefield to London’s Copper Box Arena for the final nine games of the regular season, Stembridge is expecting her table-topping team to thrive under the growing pressure applied by the chasing pack.

“We’ve all been loving the season so far and now it’s about keeping that sense of energy and fun as we push on into the business end,” said Stembridge.

“It’s been pleasing to see how we have matched up against different oppositions and different styles, and all 15 players in our squad have taken to the court which is really important in ensuring they are good to go whenever we call on them.

“It’s great that we’ve won 10 out of 11 so far, and that loss was only by a single goal, but we are under no illusion that the next part of the season is going to be harder.

“Teams know what everyone else is about now and, with all of this year’s matches being shown on YouTube, there is so much information out there for players and coaches.”

The league leaders take on Celtic Dragons in the Round 12 opener, with the Welsh franchise still without a point from their opening 11 games. 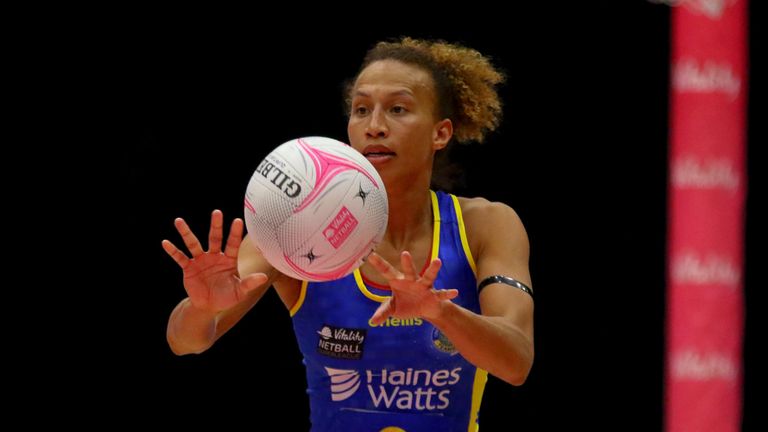 However, Stembridge believes there’s still more to come from her side, praising the hunger and desire within her squad.

“Teams are going to have to be smarter in the second half but that is something we are determined to thrive on. Ultimately we want to be the best so we have to play against the best,” Stembridge added.

“The players are continuously asking more from themselves, their team-mates and us coaches, as you would expect from such a talented and driven group.

“In training last week we asked ourselves what are we happy with so far, what we need to build on and what we want to focus on moving forward.

“We’re still tweaking and building on connections, and that’s why I know we still have much more to give during the coming weeks. We can’t wait to get going again.”

Sky Sports is your home of netball. The Vitality Netball Superleague continues on Sunday, April 25 with Round 12 and four back-to-back matches, streamed on the Sky Sports YouTube channel from 12pm.