Bryson DeChambeau had a laugh with the Royal St George’s spectators after enduring a shank from the rough, while Justin Thomas missed a one-foot tap-in early in the third round of The Open 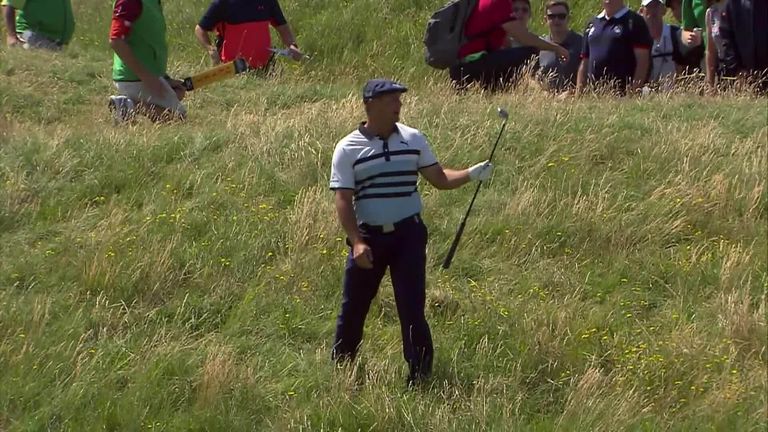 Bryson DeChambeau offered a light-hearted exchange with the crowd after experiencing a moment to forget during his third round at The 149th Open, shanking his ball from the rough into more thick grass

Bryson DeChambeau’s turbulent week at The Open took another turn for the worse with a terrible shank, while Justin Thomas missed a one-foot tap-in on day three in Sandwich.

Two of the world’s top six players proved they were not immune to suffering what many club golfers experience on a weekly basis, with DeChambeau’s shocker from the rough seeming an appropriate addition to his exploits on and off the course at Royal St George’s.

DeChambeau, forced to issue a chastened apology to his equipment sponsors after his infamous “my driver sucks” quip after his first-round 71, was out in the second group of the third round having made the cut with nothing to spare on one over par.

He was unable to improve his score as he parred the opening eight holes and he then pulled his tee shot into the thick rough to the left of the ninth fairway, leaving him a tough task to reach the green with his second.

Of course, he had every confidence he could find the putting surface from the hay, but his bold gouge resulted in a dreadful shank, his ball heading back across the fairway and into the rough on the right side.

To his credit, DeChambeau saw the funny side as he turned to the spectators and said: “How good was that, guys?” 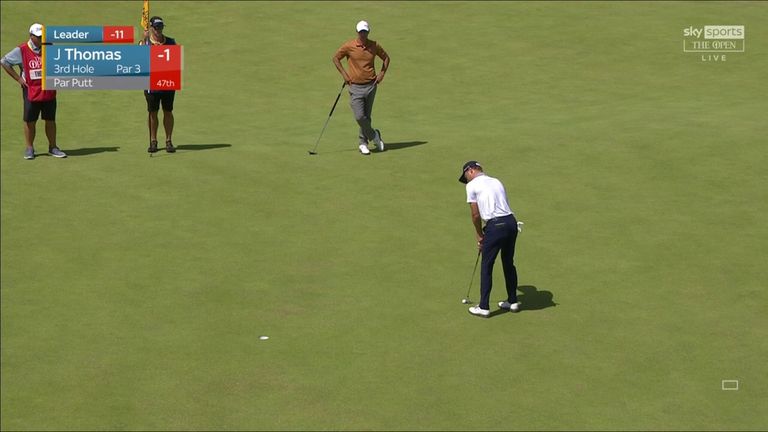 He would eventually run up a double-bogey six and went on to fire a 72, while world No 3 Thomas also had a six on his card after an embarrassing lapse in concentration at the par-four fourth.

Clearly angered having just missed a putt for par, Thomas hurriedly decided to tap in from a matter of inches, only for his ball to lip out and end up even further away from the hole.

Click on the video above to watch Bryson DeChambeau and Justin Thomas experience their moments of misfortune on day three of The Open. Live coverage from Royal St George’s continues on Sky Sports The Open.