Ahead of The 149th Open at Royal St George’s, pre-tournament favourite Jon Rahm explained the reason behind his short backswing stems back to being born with a club foot that required significant corrective surgery 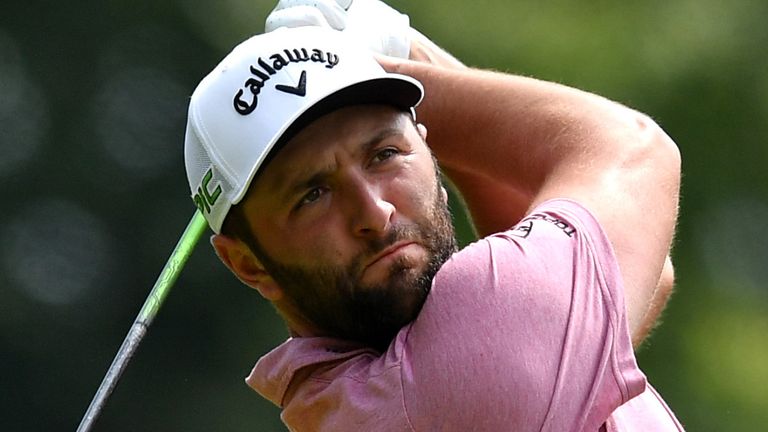 Jon Rahm has revealed that his unorthodox swing stems from being born with a club foot which required extensive surgery as a child.

Rahm has become renowned for generating huge power despite having a far shorter backswing than the majority of modern young professionals, and he went into great detail about his inability to have a full swing.

His limitations have not prevented him from rising to the top of the world rankings, a position he reclaimed following his US Open victory last month before Dustin Johnson edged back ahead on Monday, although it is Rahm who arrives at The 149th Open as a firm favourite with the bookmakers.

Rahm has ‘physical limitations’ after being born with a club foot

The Spaniard has been working with swing coach Dave Phillips, co-founder of performance company TPI, for the last eight years, and he is adamant that the secret of his success has been learning to live with the restrictions of his swing, while he also urged youngsters to avoid the temptation to mimic his technique.

“I’m tired of hearing that the reason why I have a short swing is that I have tight hips or other things,” said Rahm in his pre-tournament press conference at Royal St George’s. “If you know anything about golf, that is the stupidest thing to say.

“So for people that don’t know, I was born with a club foot on my right leg, which means for anybody that’s sensitive about that, my right leg up to the ankle was straight, my foot was 90 degrees turned inside and basically upside down.

“So when I was born, they pretty much broke every bone in the ankle and I was casted within 20 minutes of being born from the knee down. I think every week I had to go back to the hospital to get recasted, so from my knee down, my leg didn’t grow at the same rate.

“So I have very limited ankle mobility in my right leg. It’s a centimetre-and-a-half shorter, as well. So what I mean by limitations is I didn’t take a full swing because my right ankle doesn’t have the mobility or stability to take it.

“So I learned at a very young age that I’m going to be more efficient at creating power and be consistent from a short swing. If I take a full to parallel, yeah, it might create more speed, but I have no stability. My ankle just can’t take it. 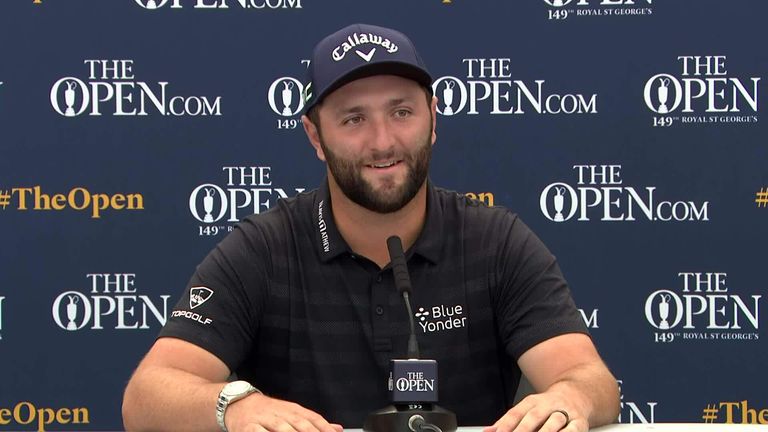 “Also, my wrists don’t have much mobility, that’s why I also naturally turn to bow my wrist to create power in every single sport I do. So that’s why, in my swing, I bow my wrist and that’s how I hit it. It’s little things that I think a lot of people can learn. Let your body dictate how you can swing. Simple as that.

“That’s why Dave has been such a great addition to me when I started going to TPI with the Spanish Golf Federation, because they can teach me how my body moves and what I can, or cannot, do, what I’m going to be more efficient at doing. The main thing is my right foot. It’s just that ankle does not move much.

“I used to not be a good ball striker. Terrible. And slowly, once I started learning in college, I became a good ball striker. Learn from your body. Your body is going to tell you what it can and can’t do. Some things you can improve, some things you can’t. In my case, the right ankle is not going to move any more than it can right now, so that’s the beauty of that.”

Rahm has been the most consistent player in the world in 2021, with nine top-10 finishes in 13 starts including his win at Torrey Pines, while he was denied another great chance of victory at The Memorial when he tested positive for Covid-19 while six shots clear of the field after the third round.

But after bouncing back to win his first major just two weeks later, he is now looking to join an elite list of players to win the US Open and The Open in the same year.

Bobby Jones, Gene Sarazen, Ben Hogan, Lee Trevino, Tom Watson and Tiger Woods are the only players in history to achieve the feat, and Rahm feels his chances are enhanced after making his major breakthrough in California. 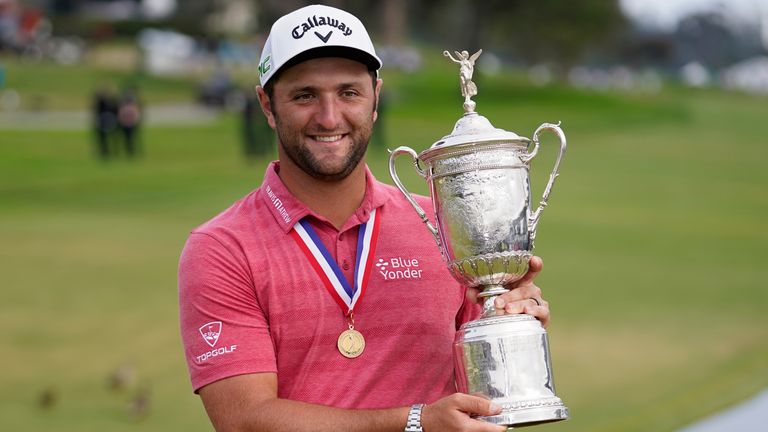 “It would be pretty incredible to win both Opens in one year. It would be amazing,” he added. “I did have a sense of relief after winning the first major. I felt like for the better part of five years, all I heard is major, major, major just because I was playing good golf, as if it was easy to win a major championship.

“The fact that you are expected to win one means nothing, but you’re playing good golf, so a bit of relief in that sense, but it doesn’t really change. There’s still the next one to win, so I still come with the same level of excitement obviously and willingness to win.