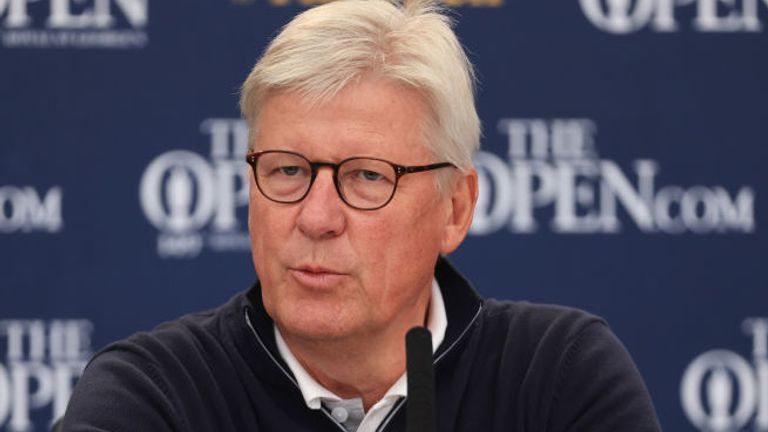 R&A chief executive Martin Slumbers did not confirm that players would be disqualified from The 149th Open for breaching strict Covid-19 protocols this week.

The 156 players in the field must adhere to regulations as guided by the UK government, and have been told to avoid leaving their accommodation to visit shops, bars or restaurants during the Championship at Royal St George’s.

The European Tour has enforced a strict “bubble” for every tournament since their schedule resumed following the coronavirus shutdown last year, but many PGA Tour stars are having their first experience of the rigid restrictions – which also prevent players from sharing rented houses.

Players on the European Tour face instant disqualification for breaching the protocols once they enter the tournament bubble, but Slumbers stopped short of saying the same would apply this week, insisting that all mitigating circumstances would be taken in consideration.

Asked what action the R&A would take against a player transgressing the restrictions, Slumbers said: “I think he would be at risk of being disqualified, yes. I’ve learned, being in officiating and rules, that you want to understand the circumstances, but I don’t think that will be an issue.

“I think players know the risks. They know what will impact. They’re all responsible. They don’t want to put their fellow players at risk. I’d like to treat them as professionals in that regard.

“We’ve set out protocols for the Championship. We’ve talked to all the players and made it very clear it is to protect them and their fellow competitors. It’s to give them, all the players, the very best chance of all of them being here on Sunday afternoon and able to play.

“We have the background of the UK law to deal with, so it’s not us creating the rules, it’s the UK law, and I expect the players to react and deal with that in a professional, responsible way. And I have to confess, every single one I’ve talked to has absolutely understood that and is behaving like that, so thank you to them.” 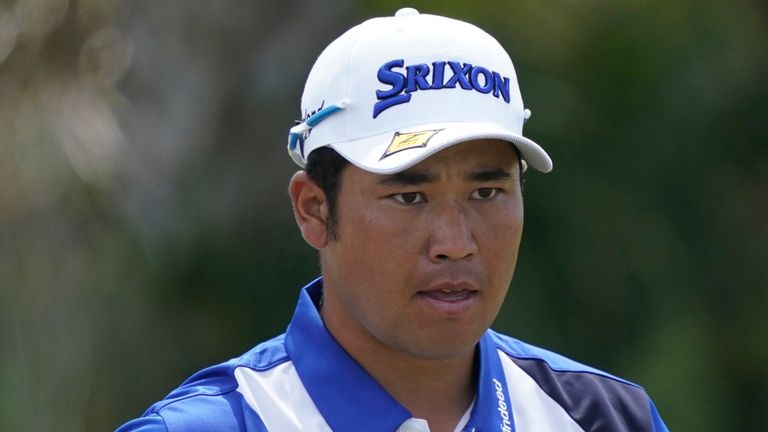 Hideki Matsuyama withdrew from The Open at the weekend

Masters champions Hideki Matsuyama and Bubba Watson, and 2015 Open champion Zach Johnson were among the many withdrawals ahead of the final major of the year, most of which were enforced by issues related to Covid-19.

Slumbers admitted further incidents during the Championship were “probably inevitable”, with the field being subject to test and trace tracking procedures while the prospect of players testing positive for coronavirus remains a significant possibility, a likelihood enhanced by the expected crowds of 32,000 per day.

“We have thought long and hard of all the procedures that we need to minimise the risk on that,” he added. “The most pressing part of it is for the players. The worst thing is a player being contact traced, because if you’re contact traced, you’re out for 10 days and in quarantine and you can’t test out of it, so you’re out of the Championship.

“When you go to the heart of all the protocols for the players, it’s solely around contact tracing. For the spectators, it’s different. They’re here as part of a research programme for the government, and the government will be monitoring all that.

“There’s a different set of rationales for the players and for the spectators. But I think it’s probably inevitable that we will have some problems, and we understand that, so does government, so does Public Health, and we’ll work through that. We must forget we are staging a major event still in the middle of a global pandemic.”

Slumbers is, however, more certain that we will not see a repeat of the incident on the first tee at last week’s Scottish Open, when a spectator evaded security and grabbed a club out of Rory McIlroy’s bag as he and Jon Rahm waited to start their second rounds.

“We are deeply conscious all the time of the health and safety, particularly the safety of the players, no more so this year than in previous years,” he said. “But we’re not changing any of the procedures around the tee.

“As a spectator, you can’t get on the tee. We have enough marshals around our tees to prevent that, including a number of Army marshals.”