Darren Clarke and 500/1 outsider Ben Curtis lifted the Claret Jug on The Open’s most recent trips to Royal St George’s, adding their names to an eclectic list of winners at the historic Sandwich links 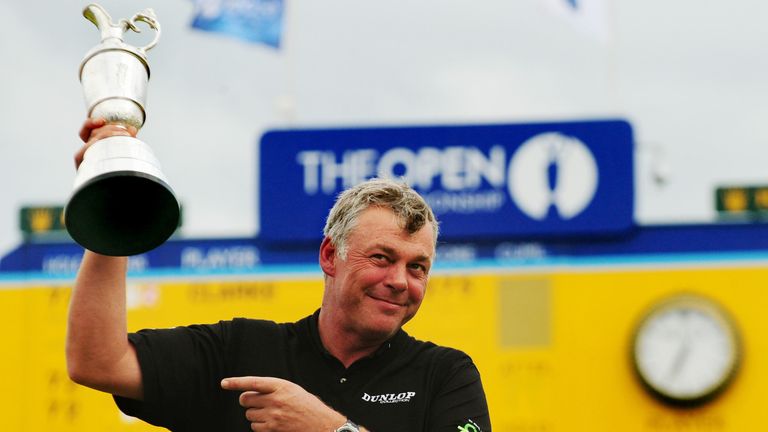 The Roll of Honour at the historic Sandwich links is one of the most eclectic on the Open rota. Harry Vardon won two of his record six titles here, Walter Hagen was also a two-time champion, Bobby Locke had his name engraved on the Claret Jug four times, the first at Royal St George’s in 1949, and it was another 32 years before golf’s oldest event returned to the Kent coast.

World No 1 Nick Faldo was unable to defend his crown in 1993, when Greg Norman’s final-day 63 conquered all, but the next name on the list took everyone by surprise, including the champion himself.

Ben Curtis arrived at his first Open, and his first major, as a 500-1 outsider. He left as the Champion Golfer of the year.

Who knows what might have been for Sky Sports commentator Mark Roe, who fired a magnificent third-round 67 to lie just two shots off the lead, only to be disqualified when it emerged that he and playing-partner Jesper Parnevik had not exchanged scorecards before the round – a rule that was changed two years later. 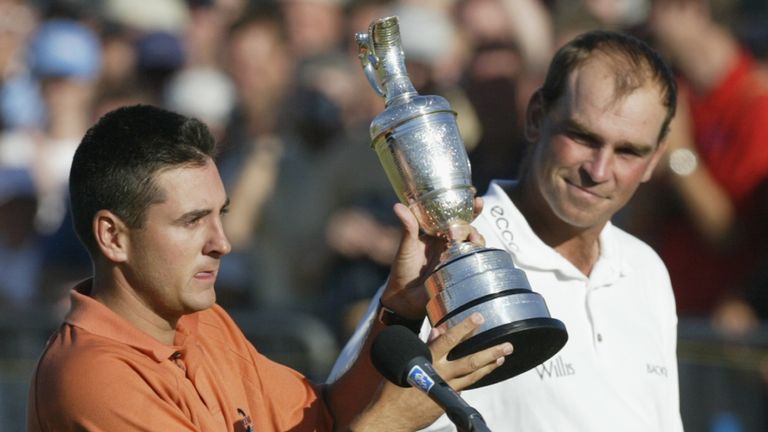 Thomas Bjorn was the only man under par after 54 holes, but Curtis played the first 11 holes of the final day in a remarkable six under before buckling under the pressure, dropping four shots in six holes to return a 69 and set the clubhouse target at one under par.

Bjorn looked primed for a procession when he birdied 14 to lead by three with four to play, but he bogeyed 15 and then needed three attempts to escape a greenside bunker at the short 16th. The resulting five and another dropped shot at the next left him needing a birdie at the last to force a playoff.

It was not to be, and a stunned Curtis was soon making his way back onto the 18th green to receive the Claret Jug, earning one of the biggest cheers of the week when he revealed to the crowd that his hometown in Ohio was … Kent!

Eight years later, the native spectators were applauding a champion from closer to home.

Darren Clarke had long been touted as a future major champion, although that lofty prediction was pronounced in the early 1990s! He had previous for tugging at emotional heart strings with his immense performance at the Ryder Cup in 2006, winning all three of his matches just a few months after the tragic death of his wife Heather following her long battle with cancer.

Now 42 and in his 20th Open appearance, surely his chance to extract himself from the contenders for “best player without a major” had gone. Yet, after 54 holes, he held the outright lead having negotiated some of the worst weather ever seen in the Championship. 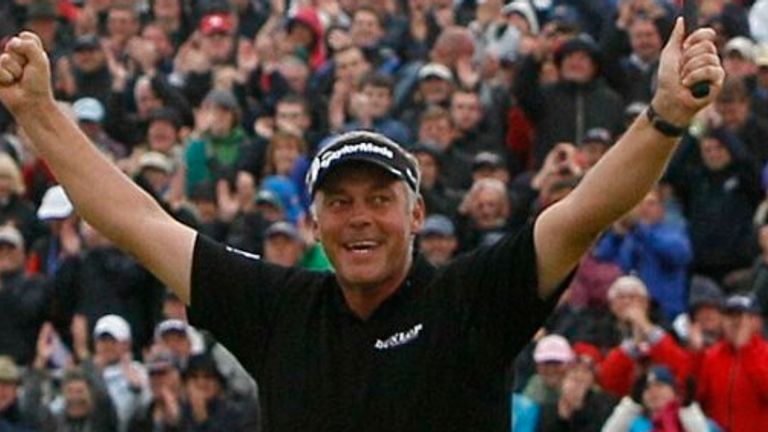 He spent much of Saturday evening’s press conference scoffing at the journalists who dared to suggest “I didn’t see this coming”, and when he needed to be calm and resolute on Sunday, he delivered.

Two under for the day after an eagle at seven, he ground out par after par and held a two-shot lead with five to play, and that advantage doubled when Dustin Johnson carved his second to the 14th beyond the out-of-bounds markers.

A bogey-bogey finish was irrelevant, Clarke had enough in hand to clinch a convincing three-shot win, and the tears flowed. If there was a Roll of Honour for “Most Popular Open Victories”, Clarke would possibly emerge as champion of that, too.