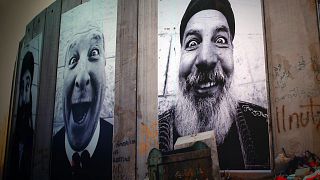 From immigration and gun control to the Israeli-Palestinian conflict, the fearless French artist, JR, takes on some of the world’s biggest social and political issues.

His work entitled JR: Chronicles went on show on the 4th of June at London’s Saatchi Gallery.

JR started out as a graffiti artist on the streets and suburbs of Paris. Things changed for him when he stumbled across a camera on the Paris metro. It was then that he started snapping photos of fellow artists and pasting them in the streets. 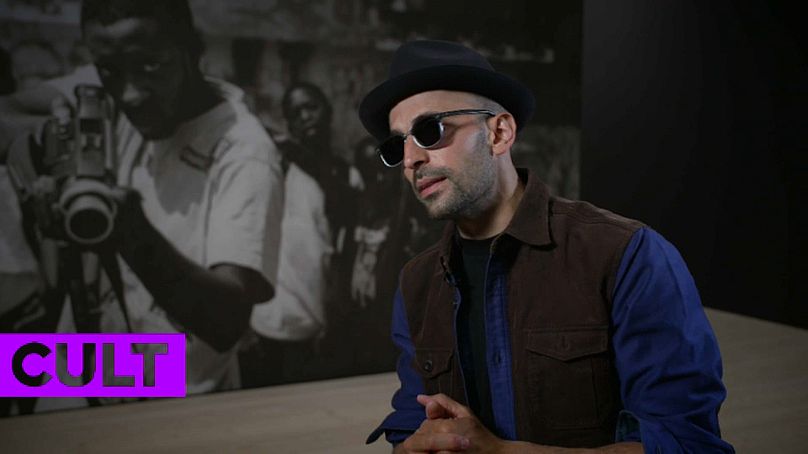 He gives us some insight into why and where he chooses to work. “It’s mostly about getting to know communities in different places. I actually started my whole journey by trying to figure out where in the world people would tell me: ‘uh, we’re sorry, art, but not here.’ I haven’t found it”, he explains. However, he does admit that the only place where there were some reservations about his work was North Korea. “I went there and they were not too keen about me doing it!”, he adds.

For one of his many projects, JR also snapped shots of young people from a Paris suburb at the centre of nationwide riots. His aim was to challenge media representations of these people. 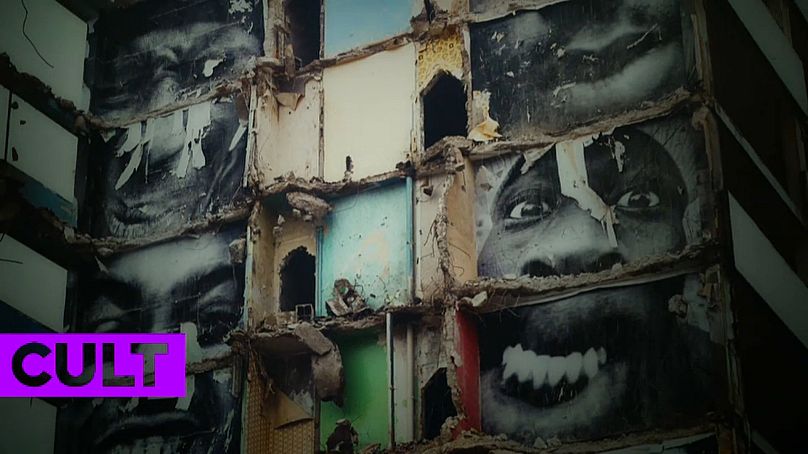 “I figured, ok, I’m going to take photos of my friends, playing their own caricature of how we see them and I’m going to paste them in Paris. It actually helped to deconstruct those caricatures and you can see the name, the age and the building number. So, you go from someone in the media that you don’t recognise that creates a general fear, to someone that you can actually go and knock at his door”.

Highlighting what unites us

JR has also been to the Middle East, pasting pairs of portraits of Israelis and Palestinians who hold the same jobs along the separation wall. It was quite an eye-opening project. He explains that people on either side of the wall would say it was OK to paste their ‘enemies’ there, each expecting the other side to refuse to do so. 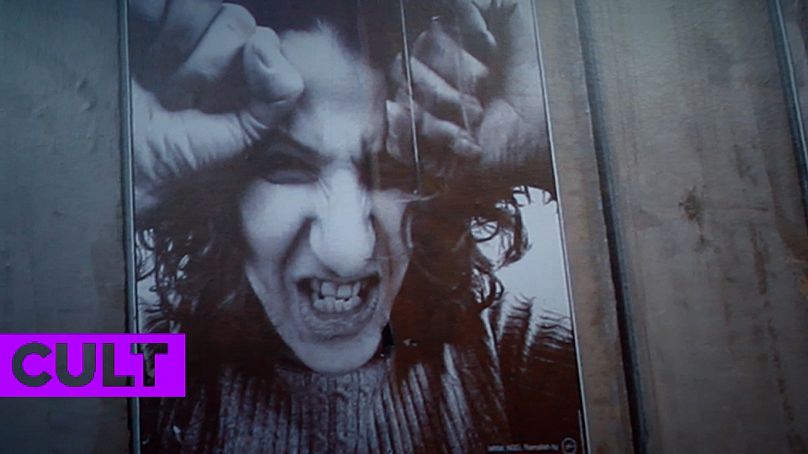 Faces on the separation walleuronews

He says that it was a project where “you realise how both people perceive each other through the media, through the context and only see the worst of the other and forget there is also a guy who is just a taxi driver too”.

Laura Uccello, Partnerships Director at the Saatchi Gallery, says that they are incredibly privileged to be opening the gallery again with a show that is “all about bringing people together through art”.

The exhibition comes from the US and is organised by the Brooklyn Museum, but recent works have been added in London. Major support was also provided by Art Explora.

JR is hoping the project will inspire more positivity because as he says, “if you change the perception we have about a place and about people, it’s a way of changing the world. I feel like as artists we need to be the optimists of this world because there are enough pessimists out there”.

JR: Chronicles will run at London’s Saatchi Gallery until early October and tickets are available at www.saatchigallery.com/jrtickets.