Bryson DeChambeau, without a top-20 finish in four starts at Augusta National, envisages a day when he could become “obsolete”; watch the coverage this week live on Sky Sports’ dedicated channel – Sky Sports The Masters 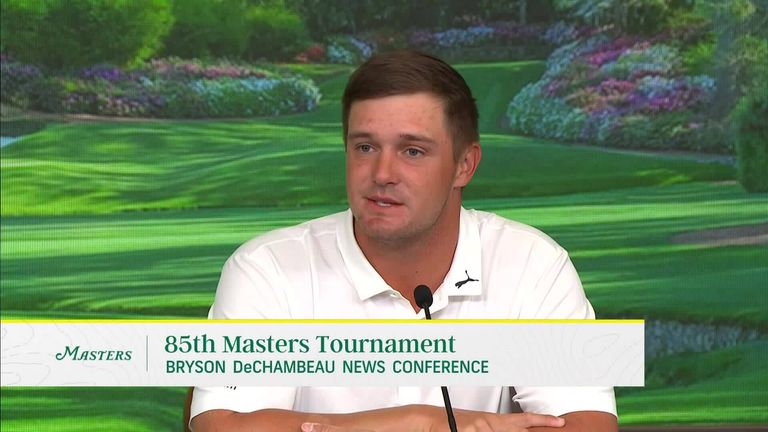 Bryson DeChambeau says he is “very excited” about the results a new driver could bring to his game at The Masters this week as he targets his second major victory.

The 27-year-old American was the favourite for last year’s rescheduled edition after powering his way to a six-shot win at the US Open, before he finished 18 shots behind winner Dustin Johnson.

DeChambeau chose not to use a 48-inch driver in November after experimenting with it on the range, but is optimistic his chances will be improved five months on by a prototype Cobra driver.

“Obviously there’s something in the bag this week that’s very helpful,” DeChambeau said in his pre-tournament press conference.

“I won’t go into specifics of it. But just know this has been a few years in the making, and I’m very excited for it. Whether it helps me perform at a higher level, I’m not sure, because it’s golf and you never know what happens. 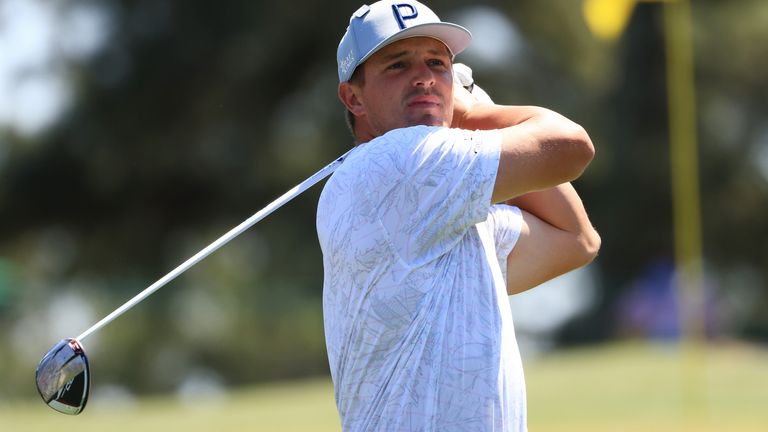 Despite transforming his game to boast the longest driving average on the PGA Tour – 320 yards – DeChambeau believes his length could soon well be surpassed.

“I think as time goes on, there’s not much more to gain from the technology side of golf club manufacturing,” he added. “There are little things we can do, but where the massive gains will be is in athletes.

“Once you get somebody out here that’s a seven-foot-tall human being and they are able to swing a golf club at 145 miles an hour effortlessly, that’s when things get a little interesting.

“That’s when I’m going to become obsolete potentially even.” DeChambeau, without a top-20 finish in four starts at Augusta National, expects to contend at The Masters this week but concedes “every facet” of his game will need to be working.

“Length is only as good as you can hit your next shot, is what I always say,” he said. “And that’s the most important thing about Augusta National, is it doesn’t test just the driving.”

DeChambeau says his tireless desire to discover more methods to benefit his game will ensure he never loses the will to find the perfect formula at the Georgia venue.

“I’m still going down numerous rabbit holes and I will never stop, not only to win golf tournaments but to definitely win this tournament,” the world No 5 said.

“This has been on my radar since I was a kid, and now that I’ve accomplished winning the US Open, this is the next goal for me.” 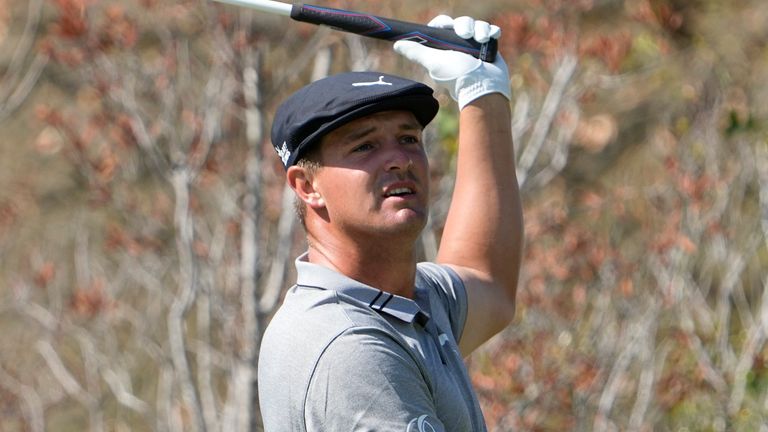 DeChambeau won’t win around Augusta National as his game does not suit the course, according to Butch Harmon

DeChambeau admits he was surprised Rory McIlroy was compelled to chase more distance off the tee, at the detriment to his swing, with the Northern Irishman since turning to coach Pete Cowan in a bid to rediscover his best form.

“From my perspective, I wasn’t trying to change anybody else’s game – I was just trying to play the best golf I could,” he said. “I knew there would be people there to be influenced. I didn’t think it would be Rory.

“I think he’s a pretty smart, talented individual that knows how to play the game potentially better than me. It’s honouring and humbling hearing him say it’s a difficult task.”

DeChambeau, who finished tied-third at The Players Championship last month, says his iron play is his main focus at the first men’s major of the year.

“There were a lot of times last year where I hit decent enough drives, but I just didn’t feel like I was hitting shots in the correct quadrants of the greens or giving myself opportunities on par 5s like I should have,” he said.

“But mainly, you look at numerous holes out there for myself, and I just didn’t give myself opportunities on par 4s. No. 3 was a great example. I just didn’t put it in the right place. And then when I did, I three-putted one day.

“Looking at opportunities, not just the par 5s, but mainly the par 4s for me and how I can attack those par 4s to give myself the best opportunity to make a lot of birdies out there.”