The par-five 13th at Augusta National was the third-easiest hole during the 2021 Masters, won by Hideki Matsuyama, with only 23 bogeys and eight double-bogeys or worse posted across the four tournament rounds. 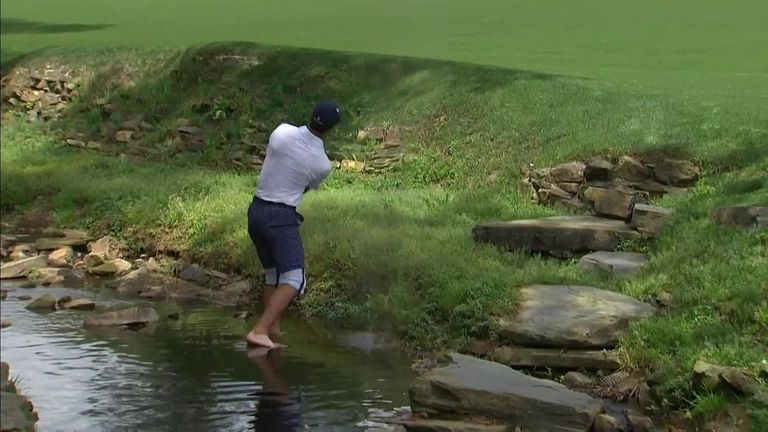 From balls in the water to players falling over, we look at some of the occasions players struggled to get to grips with Augusta National’s par-five 13th at The Masters

The 13th hole at Augusta National statistically ranks as one of the easiest holes at The Masters, although the iconic par-five left plenty of players frustrated during this year’s contest.

The 510-yard hole is comfortably reachable in two with an accurate tee shot on the dogleg left par-five, but not everyone has been able to make the most of the opportunity during the opening men’s major of the year.

Although the final hole of Augusta’s famous Amen Corner saw plenty of birdies and even eight eagles during the tournament, there were plenty of occasions where golfers racked up card-wrecking scores with costly mistakes.

Hideki Matsuyama holds on for Masters winThe Masters: Final round as it happened 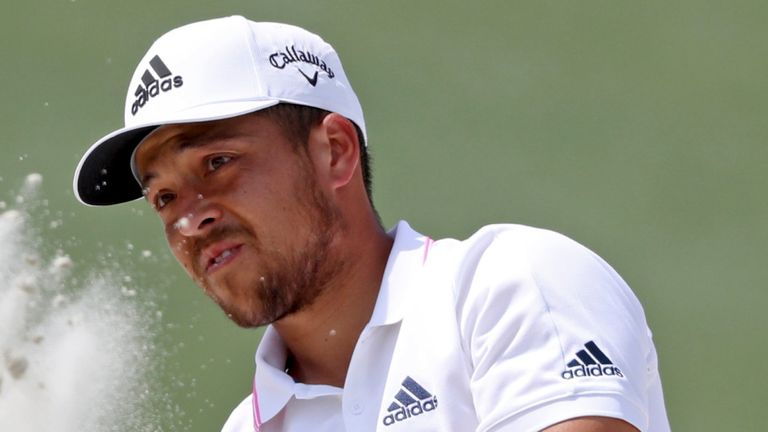 Rory McIlroy and Vijay Singh were among those to find the water with their approaches into the hole on their way to missing the cut, while Brooks Koepka had to crawl up the bank after playing a shot from the hazard

Justin Thomas saw his hopes unravel with a triple-bogey on the hole during his third round, while Billy Horschel took on the par-five barefooted on successive days…with mixed results!

Click on the video above to see some of the struggles at Augusta’s ‘unlucky’ 13th!