Bryson DeChambeau and Aaron Rodgers defeated Phil Mickelson and Tom Brady 3&2 in the fourth edition of The Match. The Reserve at Moonlight Basin, at 7,500 feet of elevation in Big Sky, Montana, was the host venue 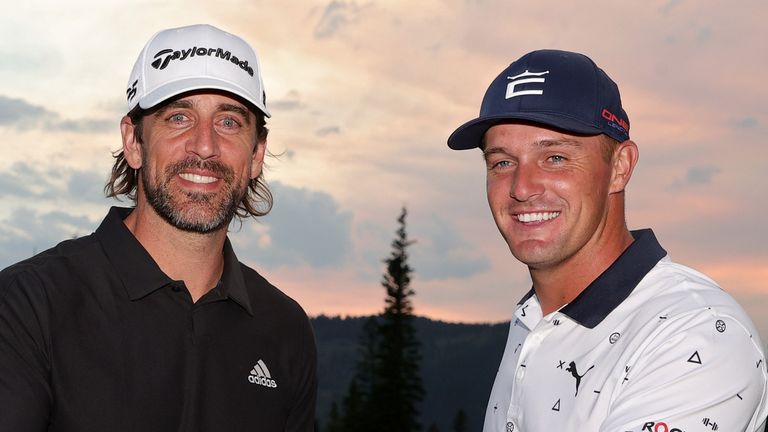 Bryson DeChambeau and Aaron Rodgers claimed bragging rights over Phil Mickelson and Tom Brady in the latest instalment of The Match.

DeChambeau teamed up the Green Bay Packers legend to win 3&2 in the made-for-TV event on Tuesday, held on the Jack Nicklaus Signature Course at The Reserve at Moonlight Basin in Montana.

Played under the modified alternate shot format, where each player hits a tee shot and then the best ball from each team is used, DeChambeau and Rodgers never trailed at any point during the exhibition contest as they saw off the reigning PGA Champion and the seven-time Super Bowl winner. 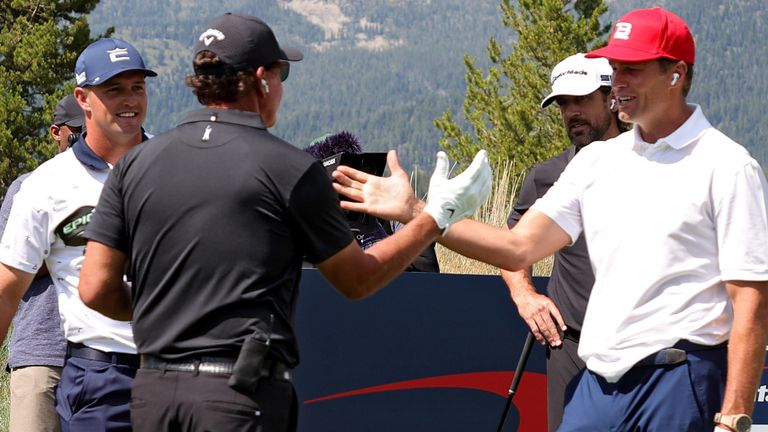 DeChambeau brought duct tape to the first tee, giving Brady grief for splitting his pants in a previous TV contest at Medalist, before winning the opening hole by chipping in from 10 yards off the green for an early birdie.

Brady drove the 392-yard third green and DeChambeau knocked a three-wood onto the putting surface, helped by the 7,500-feet elevation, with Mickelson’s eagle miss enough to win the hole when his opponents three-putted from 15 feet.

Mickelson made the better drive at the par-five next to help win the hole and edge back ahead, only for DeChambeau to knock his approach at the sixth to 30 feet and set up a two-putt birdie to level the contest.

Brady holed a 10-foot birdie to win the seventh, while a 280-foot drop from the tee helped DeChambeau hit a 480-yard drive at the par-five eighth on their way to claiming the hole.

The pair remained all-square heading into the back nine, where Rodgers rolled in three straight birdies to pull him and DeChambeau clear of their opponents, before the teams both bogeyed the par-five 14th when all four players could only use one club each for the entire hole.

Mickelson and Brady took the 15th hole to close the gap to two with three holes remaining, only for Rodgers to nail a 12-foot birdie at the par-three next and claim the victory.

Defeat for Mickelson and Brady was the second time they’ve been beaten together at The Match, having missed out to Tiger Woods and Peyton Manning last year, while the early victory meant DeChambeau never got the chance to play the 777-yard 17th hole.