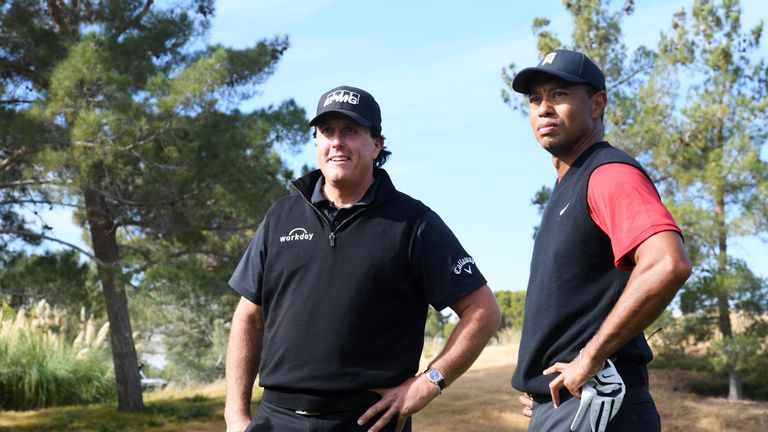 Watch all the highlights from The Match: Tiger vs Phil

Phil Mickelson took his chance to earn bragging rights over long-time nemesis Tiger Woods as he landed the $9m winner’s cheque at The Match in Las Vegas.

Mickelson holed a four-foot birdie putt under floodlights at the fourth extra hole to settle a tense contest at Shadow Creek, while he also got the better of Woods in a number of side-bets throughout.

Both players were short of their best from the outset, particularly on the slick greens, with Mickelson’s birdie at the 13th the only putt of note finding the bottom of the cup in a battle that eventually lasted a shade under five hours.

The tone for the match was set on the opening green as both players missed good birdie chances from around 10 feet, with Mickelson finding himself $200,000 down after one hole having failed to make good on his promise to start with a three.

“That hurts the pocket,” quipped Woods, although the 14-time major champion had his mood soured when he missed from three feet at the next to gift an early lead to Mickelson, who maintained his advantage until going from bunker to bunker at the seventh and being unable to match Woods’ birdie.

Woods then three-putted the next green, but he again restored parity with a neat up-and-down for birdie at the driveable par-four 11th before going ahead for the first time when he clipped a wedge to two feet for a winning birdie at the 12th. 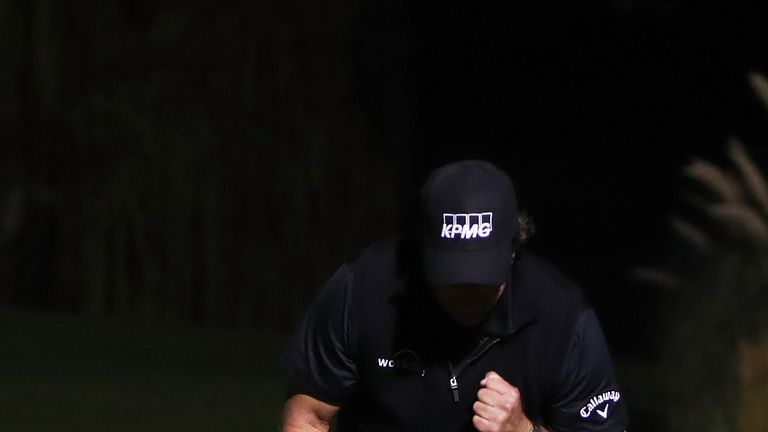 Phil Mickelson was both delighted and relieved after holing from four feet to win $9m with victory over Tiger Woods in The Match.

But Mickelson responded by winning his third nearest-the-pin side-bet out of three at the short 13th and holed from seven feet to level, and a clumsy pitch and another mis-read putt from Woods at the 15th put the left-hander back into the lead with three holes to play.

Mickelson looked odds-on to wrap up the contest when he knocked his tee shot to 12 feet at the 17th and Woods went long and into the back fringe, only for the 42-year-old to produce a sublime chip-in which won him the hole when Mickelson’s birdie putt burned the edge. 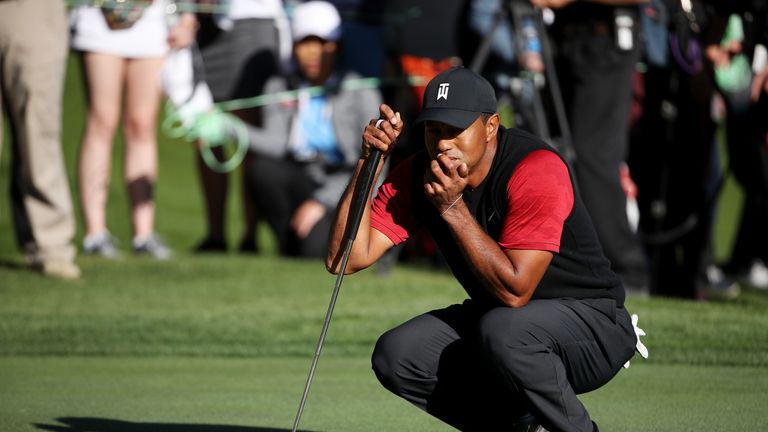 Woods then holed a confident five-footer for birdie at the par-five last and then gave Mickelson a generous concession, and the pair returned to the 18th tee before the advantage swung firmly towards Woods.

Mickelson’s second ended in a plugged lie in a bunker short of the green, and the water hazard, while Woods laid up after a pulled drive and wedged to seven feet before his opponent splashed out to 30 feet. 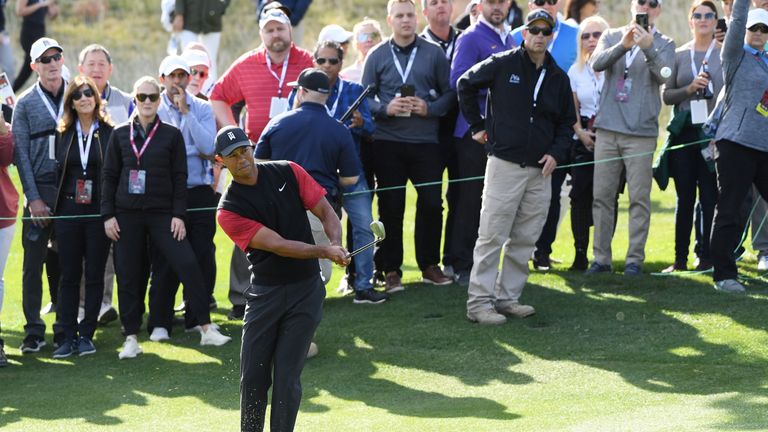 But after Mickelson two-putted for par, Woods under-hit his putt for the win, and the pair were carted off back to the short 17th for a makeshift 93-yard challenge, with the addition of floodlights required to combat the fading light.

Woods again went long from the tee but received a let-off when Mickelson missed from 18 feet, and the left-hander spurned another opportunity from six feet moments later after Woods again failed to find the putting surface.

However, the contest was finally settled on the 22nd hole as Woods failed to convert a much-better tee shot to eight feet, and Mickelson secured the $9m bonanza from half that distance. 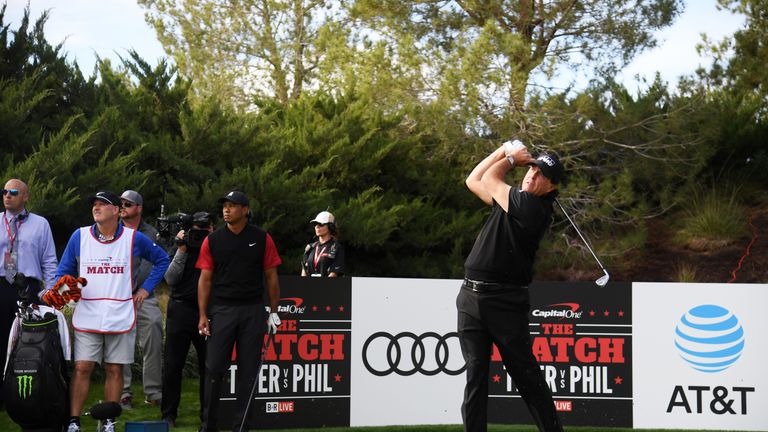 “Just so you know, I will never let you live that down,” Mickelson told Woods afterwards. “It’s not the Masters or the US Open, but it is nice to have a little something on you.”

Woods added: “You couldn’t have made this event any better than it was. It was back and forth and very competitive on a golf course that was playing on the tricky side.”