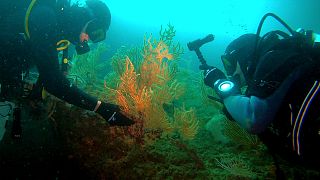 The ocean is the cradle of all life on our planet. Humans have known about its health benefits for centuries. Today, scientists are going one step further with what they know about its medicinal potential, they are looking in the ocean itself for cures for some of the world’s most stubborn diseases.

Part of this search begins in the Algarve, famous for its stunning coastline. It’s in this region that Portuguese biotech company, Sea4Us, is working on a non-opioid analgesic, a safe and effective remedy for chronic pain.

Pedro Lima is a neurophysiologist, marine biologist and co-founder of Sea4Us. He tells us that the need for non-opioid analgesics is enormous, “one out of five of us has suffered from some kind of chronic pain”. His dream is to find in the sea something that can help these people.

Sea4Us was co-founded in 2013 and works on EU-supported projects, collecting and studying simple marine organisms like sponges and other invertebrates. Scientists from Sea4Us spend their time between laboratories and the depths of the sea, making regular dives for new samples.

Why might marine invertebrates contain the molecules for pain relief?

Many marine invertebrates are stuck in the rock under the sea and they can’t move. Lima tells us that this means they’ve developed a venom that has “compounds that block the neuroactive signal related to pain”. This is one area of research into simple marine organisms, but they can also be used for a wide variety of purposes, not just healthcare and pharmaceuticals.

Blue biotechnology, biotechnology that uses aquatic organisms, is a fast-growing sector. In Europe, this market is estimated to grow to around €10 billion by the end of the decade. It’s a whole world of unexplored potential, just waiting to be discovered.

Hidden in the depths

At a depth of around 20 meters, a variety of marine fauna covers the rocky cliffs. Scientists look there for patterns that could indicate defensive venoms that sponges produce to protect themselves from their neighbours. Lima describes the questions leading this search as “who eats what? What is avoided by whom? What’s the next neighbour?”. The answers to these questions, the relationship between species, is what gives the team the clues as to what to choose. 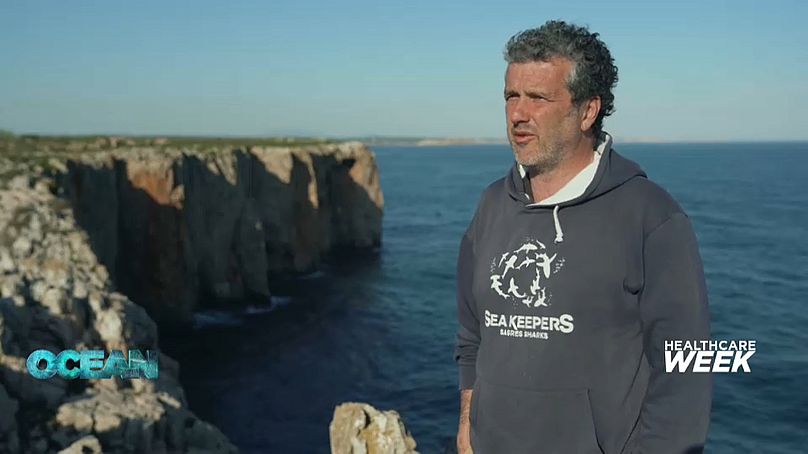 Inside dark underwater caves, the lack of light means that competition between fauna becomes more specific. “Sponges don’t need to compete against fast-growing species like algae. They fight between each other and we are interested in that fight”, Lima adds.

Protecting the ocean to protect ourselves

Diving at 20 metres or even to the bottom of the sea, you’re not safe from plastic pollution. Despite the fact that two areas in the Cape of Sao Vicente in the Algarve are protected, various waste can be found floating around. On our dive there, we saw ropes that are evidence perhaps of illegal fishing. Michał Babiarz is a R&D Scientist at Sea4Us. He tells us that it’s common to find octopus traps, fishing nets, plastic bags and metal cans in these areas. However, he feels that “as long as we care about the ocean and try to avoid dumping plastics and other litter, we can receive something back from the ocean, from nature, to use for our health”.

When scientists collect samples, they take the bare minimum to make sure they preserve populations. Lima says “the impact is close to zero”. He tells us that the idea is “to be inspired by nature and then we can recreate it, upscale it to industrial scale, so we don’t need to go back to the sea to count on the biomass. The biomass is just inspiration”.

The science behind it all

The collected samples are taken to Lisbon and studied by the Sea4Us physiology laboratory at NOVA University. The process can take several months or even up to a few years of work. Sponges and their symbiotic organisms produce hundreds of individual compounds. Scientists test them for anti-pain bioactivity and gradually narrow their search. 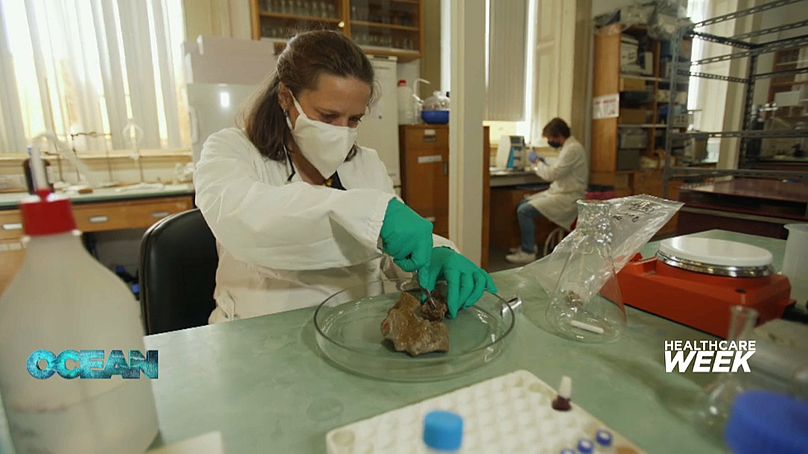 Silvia Lino, a marine biotechnologist at Sea4Us, describes the scientific process to us:

“It’s the whole system, it has bacteria, it has a microbiome of its own. So we just extract and test. If it’s OK, we keep on separating, and we separate as much as we can until we end up with one compound that’s responsible for the activity”.

So far Sea4Us say they have found two molecules that reduce pain activity in spinal ganglion neurons. They plan to provide them to the pharmaceutical industry for the next stage: medicine development.

André Bastos, electrophysiologist and co-founder of Sea4Us, says results show that their compounds reduce the level of pain and that they mitigate the risk of developing addiction. At Sea4Us they’re optimistic that the compounds will pass clinical studies and reach the market.

The ocean could hold cures for some of the worst threats to public health: viral outbreaks, antibiotic resistance, cancer. Marine research and healthy oceans are some of the priorities of Horizon Europe, an EU programme that funds scientific projects in all the member states.

The CIIMAR Centre in Porto works on several of Horizon Europe’s funded research projects and there they are researching a variety of marine life forms, big and small.

They collect cyanobacteria, “ancient organisms and they can grow basically everywhere”, Teresa Martins a biochemist at CIIMAR tells us. Not only can they grow anywhere, but they also contain molecules, chemicals “that might have really interesting applications in the future”, she adds. 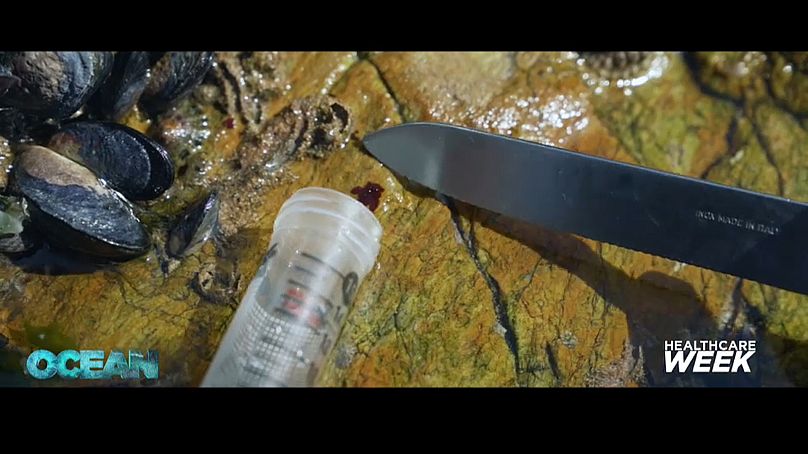 Cyanobacteria are known for their potent toxicity, but for scientists, this can be the flip side of medicinal properties. According to Pedro Leão, a researcher in cyanobacterial natural products at CIIMAR, “any disease could be cured as long as we find a molecule that can treat it”. That’s why they look for cyanobacteria “because they produce such a wide variety of compounds that it is possible that we can find an interesting molecule to develop into a medicine”.

The scientists at CIIMAR take samples from various countries, isolating and cultivating new species of cyanobacteria. Their library of over 1000 strains is open to researchers from Europe and from around the world. Studies show that some of the toxic compounds can precisely target cancer cells, which may pave the way for new therapies. Experiments on fish larvae show encouraging results that could help in the fight against diabetes and obesity.

Ralph Urbatzka, a researcher in marine biotechnology at CIIMAR believes we are still “a long way from solving the problems of cancer and obesity, but we are on the first line of research to find the solution that can be developed to tackle these diseases”. The future looks promising.

The ocean’s microalgae and cyanobacteria: potential cures for disease

Marine biotechnology could be a sea change humanity needs, but only if we find a way to use its healing potentials without damaging the ocean. As Vítor Manuel Oliveira Vasconcelos director at CIIMAR says, “life started in the ocean and I believe that our life can be saved by the ocean as well”.