After qualifying for his first major the week before, Robert Lee enjoyed the “buzz” of being in contention at the halfway stage of The Open at Royal St George’s in 1985. Here he recalls the “Sky Sports Leaderboard”! Lee was two off the lead at the halfway stage

Robert Lee played his first Open Championship at Royal St George’s in 1985 and has fond memories of his debut, particularly as he was in contention at the halfway stage along with a few Sky Sports colleagues….

I shot 68 in the first round, and that was my first ever round in an Open Championship. That had me tied for second, but incredibly I was four shots off the lead after Christy O’Connor Jnr fired a 64 – with a persimmon driver and balata – that is some score!

Just to get into The Open, I needed to play well at The Belfry the week before as there were three places up for grabs at the Lawrence Batley International Golf Classic. I played with David Frost in the final round, and I went into it thinking a 69 would be enough to get me to Royal St George’s. 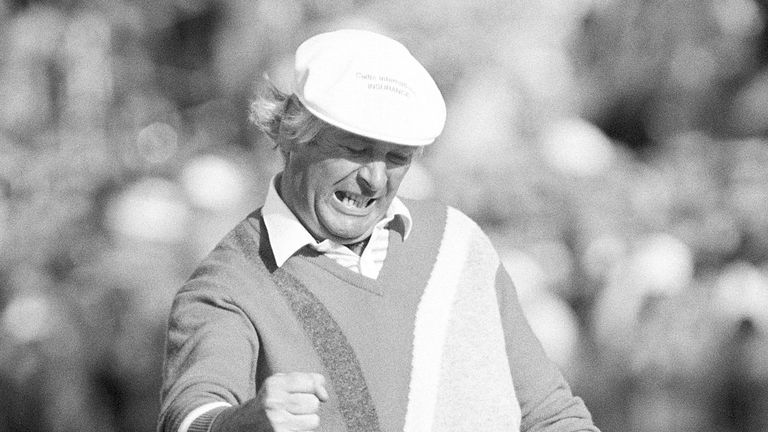 Christy O’Connor shot a remarkable 64 in round one

Sure enough, I was three under for the day playing the last hole, knowing a par would earn an Open debut. The 18th, at The Belfry, into the wind – I don’t think you could play a harder hole with that much on the line.

I hit a good drive, needed a two-iron for my second, just missed the green to the right, but I chipped it to about three feet and holed the putt for my 69, and although I finished tied for 12th and nine shots behind Graham Marsh, that was enough to qualify for The Open.

I was pretty confident heading into my first major as I was in great form and shooting plenty of low scores, including a 61 in Monte Carlo. I had come so close to qualifying before, losing in play-offs and being high on the reserve list, and then I found the better way in was to play well in the tournament before!

For many young pros, playing at The Open for the first time, with huge crowds and a buzzing atmosphere, it can be an overwhelming experience. But I loved it, the more noise the better for me. I was in my element.

In those days, crowds for golf tournaments tended to be a little sparse, so The Open was in a league of its own. When I’ve heard athletes from a variety of sports over the last 18 months talk about how tough it can be to perform without a crowd, I understand that totally.

The buzz and the hum around an Open is special, and if you embrace that, it’s like a drug. And it was the same with the extra media attention I was getting. If you make some noise over the first couple of rounds, you expect that, but it didn’t bother me at all.

I also got to play with Bernhard Langer in the third round, and he was the reigning Masters champion at the time. He was a hot property in golf, and always was a top bloke. We were actually level with each other midway through the round, but unfortunately I let a few shots slip coming in.

And we had a bizarre situation when play was suspended due to thunder and lightning. Back then, there were no buggies or trucks sent out to ferry the players back to the clubhouse, and we were miles away. But there was a house on the edge of the course, right where we were, and they invited us in to shelter in there! Nice coffee too! 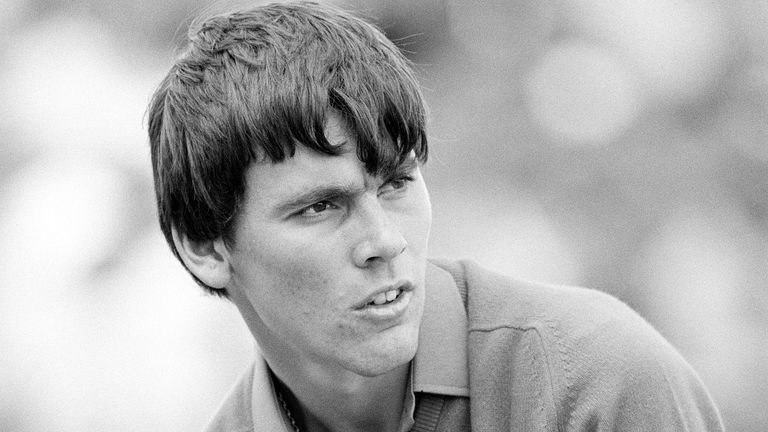 Robert Lee made his Open debut at Sandwich in 1985

Once we got back on the course, I came in with a 74 which left me six off the lead going into the final round, but that didn’t mean I could “freewheel” it on Sunday. I’ve never quite understood that, the notion that there’s less pressure on you after a bad round.

To me, there was less pressure the higher up the leaderboard you were. When you weren’t playing so well, that’s when I felt the pressure. If you’ve played poorly and think the next round doesn’t really matter, you’re entirely wrong, in my opinion.

I closed with another 74 and finished tied for 25th, so my first experience of The Open was a positive one. And when I look back on the halfway leaderboard, it’s full of familiar names. I was up there, so was Wayne Riley, Tony Johnstone and Howard Clark, so we call it the “Sky Sports Leaderboard”!

Open memories are always great, everybody loves The Open. Having contended in several events earlier in the year, I was not daunted by the prospect of tackling Royal St George’s at all. I got to the point where I was wishing I could do that every week!

You never forget your first Open, and mine was an awesome week. It was great fun, and something I look back on with nothing but good memories.