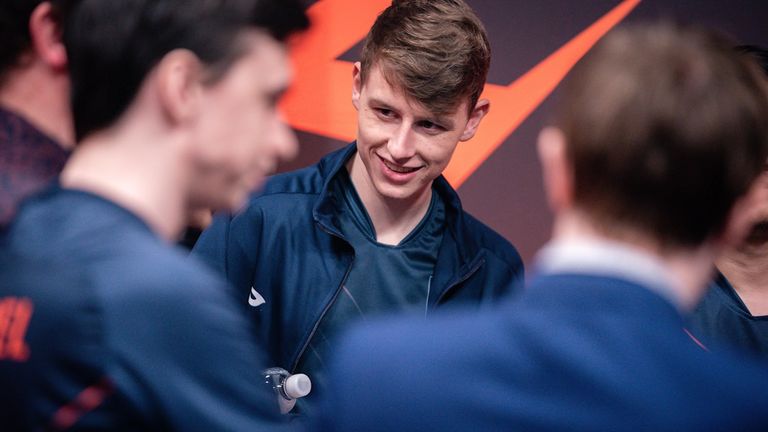 Special is back in the LEC and he is a completely different player (Credit: Riot Games)

On the surface, Joran ‘Special’ Scheffer’s return to the League of Legends European Championship doesn’t seem like the most exciting roster shake-up but ever since being dropped back in Summer 2019, Special’s chance of returning to the LEC was something short of impossible.

Special was handed his LEC debut after Excel decided to drop Exile due to a series of poor performances not just in the mid position, but across the team. Although the 22-year-old did make some positive contribution, Excel ultimately finished ninth, picking up just five wins out of a possible 18.

The British esports org brought in Korean talent Mickey in an attempt to boost the roster and Special was relegated to the academy team. The Dutch mid laner admits that the experience of being swapped out did something to him and he let himself down as a player and a person.

Alongside his struggles with trying to accept the fact he wasn’t good enough yet, Special admits his behaviour at the time wasn’t acceptable and the fact he was able to mature and grow both as a person and a player is what earned him a new lifeline this split.

He said: “Mentally it was hard last year because I was coming into a losing team and I felt like some kind of pressure to perform well because we needed to turn it around and I wanted to show that I was on the level that deserved to play in the LEC. I thought I did that but it wasn’t really good enough but it also had to do with my behaviour outside of the game and my mentality outside of the game. I felt like I was really childish in a way and I wasn’t really working the hardest to be the best player I could be – that’s changed a lot now over the last split with BTXL. 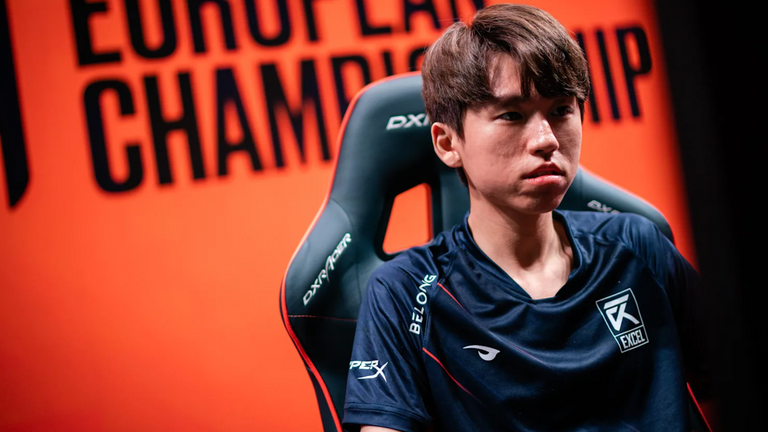 “In the end, getting dropped helped for sure. It was beneficial for my growth but it was also a really tough time for me because I didn’t really expect to get dropped so it took a while for me to get into the mindset again of wanting to be the best player and get to that level. After Summer Split, I decided I was going to do everything in my power to reach LEC again. Working on myself outside of the game and inside of the game and try and take a whole new approach to how I was before. I think it worked out quite well.”

Indeed, Special’s own team-mate Kasing, testifies to just how much of an improvement Special has made over the last 12 months.

He said: “The thing I liked the most was noticing Joran’s improvement and him wanting to be better. I remember him back in Spring Split, obviously, it was quite a different time but I think he had a lot of problems in his mind in regards to the situation of being swapped out to the academy team but also other issues he couldn’t handle effectively. But the Joran now, having played with him in the past two EU Masters, I think he’s turned into a really good person if anything. This is the next step for him to becoming one of the best mid laners.

“I personally feel like he deserves this chance to be in the LEC again. First of all, he has the talent, it’s just about how to utilise his talent and how he uses his time if anything to decide what he wants. He’s the type of guy in my opinion, who’s always had the talent but didn’t put enough hard work in. But, this whole year it’s been completely different, this Joran is actually someone who’s really nice to work with.”

It wasn’t just Kasing who felt this way. Special’s other team-mates routinely looked to him as a source of positive energy and even when the 22-year-old faced personal issues outside of the game, he never sacrificed his efforts of being a good team-mate. It also showed when it came to results. Although Excel’s academy team BTXL couldn’t quite make it all the way at EU Masters this year, they were undefeated during regular season and established themselves as one of the best teams in the regional leagues of Europe.

However, Special also revealed that things that went on behind the scenes at Excel impacted his experience in the LEC last time but this time around, his side have a real fighting chance at landing some good results.

He said: “I think it’s going to be dramatically different than last year. In my opinion, there were a lot of flaws in the organisation behind the scenes in terms of management and also within the teams around the time I came in, it wasn’t ideal at all. We were losing and people were not happy with coaching staff. It was a lot of issues that had to be solved when I came in but now, I come in and I feel like everything has been sorted out. We have a great coaching staff, we have capable players on every role and just the whole infrastructure behind the team is 10 times better now than it was before.”

Grant Rousseau, Excel’s Head of Operations, admits to some failings on the organisation’s part which Excel did eventually take action to smooth out and he also credits Special for putting in the work to improve himself.

He said: “I think Joran is a completely different player now, the Joran I met at the end of summer when I joined was quite a tough person to work with. It was both ways, I think he was struggling with the passion for the game and didn’t quite know the direction he was going. Internally, he wasn’t well managed by us either and it just created a big clash but it’s been a lot of reset by Excel behind the scenes and at the same time giving him a much clearer path towards LEC and towards being a top player and showing him what he can do if he knuckles down. He recognised that and got his head down.

“I mean, there were plans to start him 2021 but he did it so much quicker than we expected so he’s back for summer. He deserves to be back and he’s like a new person. He wants to play for his team, he works damn hard and he practices as much as he can, he’s got his passion and drive back and I’m just happy to see the Joran I knew he could be.”

Regardless of how Excel will perform this split, it’s safe to say that Special is much more prepared this time around for whatever the LEC can throw at him whether it’s winning or losing and when it comes down to it, being on top of the mental game will sure be giving Excel a real edge.