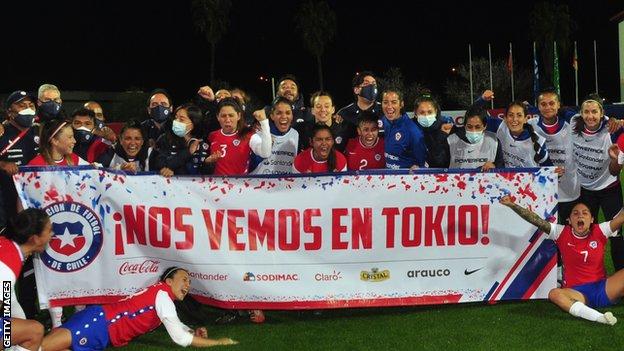 Five years ago Chile dropped off Fifa's women's world rankings because of inactivity.

Now, after finishing runners-up at the 2018 Copa America, qualifying for a first World Cup the following year and with a superstar from seven-time Champions League winners Lyon among their number, they will face Team GB at their first Olympic Games.

It is a rise that has put the 37th-ranked nation, coached by Jose Letelier, among the best 40 teams in the world for the first time.

But it has been fostered far from the international stage and instead built by the determination of Chile's local teams and the people who run them.

"Clubs have done 80% of the work," said Paula Navarro, a driving force behind the surge.

After 14 years at Santiago Morning, Navarro lifted the club from the bottom to the top and brought women's football up with her.

At least half of this Olympic squad has played under Navarro at some stage in their careers, including Lyon's new keeper, Christiane Endler, who played for Santiago Morning's Futsal club in the 2015 Futsal Copa Libertadores. 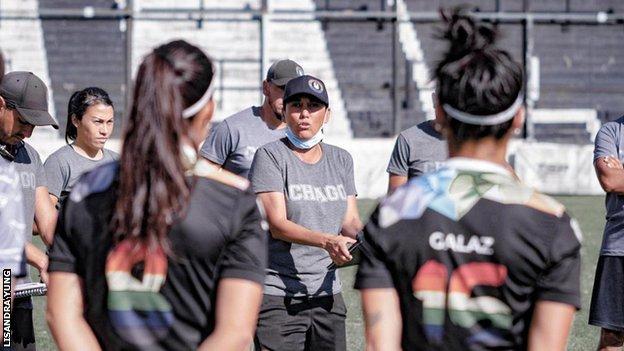 Navarro was Santiago Morning's head coach until last year, when she decided to take on a more administrative role as the club's assistant director of women's football. Yet she still shows up to every training session and on matchday.

"The national team has achieved their success with the players' clubs," Navarro told BBC Sport from the club's training ground, which is overlooked by the snow-covered Andes mountains.

"This is the most fundamental thing with this national team, the day-to-day work they do with the clubs.

In February 2019, Navarro and Santiago Morning made history and changed the standard of domestic women's football in Chile after introducing the first professional contracts.

"When someone wins a title and gets results, the directors always ask you want you want," said the 48-year-old, recalling her side's build-up in 2018 to what would become their first championship success.

"I reached five finals before that 2018 final and lost them all, but I felt different this time. When I was drinking my coffee in the morning I was thinking 'if we win, what am I going to ask for?' If the men get to ask for things, so will I."

While the players were celebrating their 3-2 vic tory over Palestino at the Estadio Nacional, Navarro started picking up rubbish on the pitch and the club president, Miguel Nasur, helped her.

In the midst of being showered with confetti and champagne, Nasur asked Navarro what she wanted now she had won. 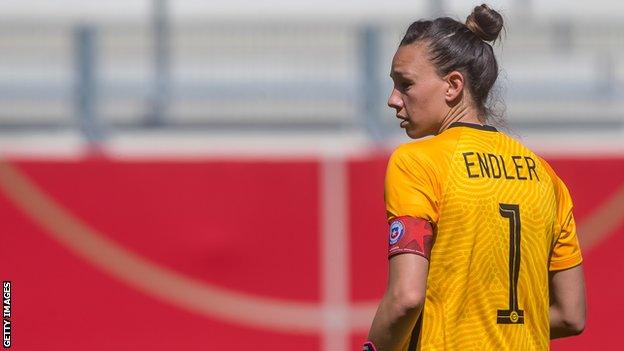 By the end of 2019, Santiago Morning had 14 players under professional contracts. Two more championship titles later, that number has increased to 24 by 2021 and includes five Olympic players.

"We're not asking for millions, but we're asking for practical things for the future of the club," added Navarro.

"We used to train on a communal artificial grass pitch before. Now we train in a training centre with four grass pitches.

"With every ask we are always looking to improve the conditions of the team; contracts, infrastructure and health insurance. I don't know what I'm going to ask for next, but it's going to be something that counts and lasts for the next generations. That's most important."

The 2008 Under-20 World Cup had been Chile's only major women's football tournament – qualifying as hosts – until the 2019 World Cup. That wait was ended by the growth of individual players and rising standards that forced the Football Federation of Chile to pay greater attention, arranging more fixtures and directing more resources to the national team.

Just one player in the starting XI that faced Argentina to qualify for the 2019 World Cup, Maryorie Hernandez, played club football in their home country.

Now there are 12 players from this Olympics squad, with six others in France, Spain, Sweden and Brazil – a result of Chilean football's improved strength and the transition to professionalism.

"Some players came back to Chile because we offered them better resources and conditions," said Navarro. "Karen Araya came back from Sevilla because we pay her more, she plays a lot more than she did in Spain and has an international tournament, such as the Copa Libertadores.

"This is fundamental for the success of the national team; the hours of training, the conditions of training and that players can dedicate themselves to football and be athletes 24 hours a day.

"It's become better with three of four clubs following suit and we're growing slowly with each year. But there's still a long way to go."