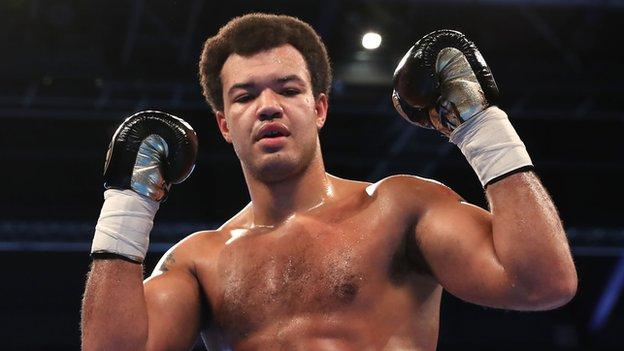 Belfast boxer Tommy McCarthy will make the first defence of his European cruiserweight belt against Romania's Alexandru Jur in Manchester on 15 May.

The Northern Irishman has won 17 of his 19 professional bouts while Jur, 35, is a previous European champion.

The Romanian has won 19 of his 23 professional fights but has lost three of his last five contests.

He stopped Finland's Juho Haapoja to win the European title in 2017 but his three defeats since then include being knocked out by Russia's Aleksei Papin in a contest for the IBF international cruiserweight title in June 2019.

Jur defeated the Czech Republic's Jiri Svacina in his last fight eight months ago but he was up against an opponent who has lost 46 of his 60 career bouts.

The Belfast man will hope that a successful defence edges him closer to a world title chance.