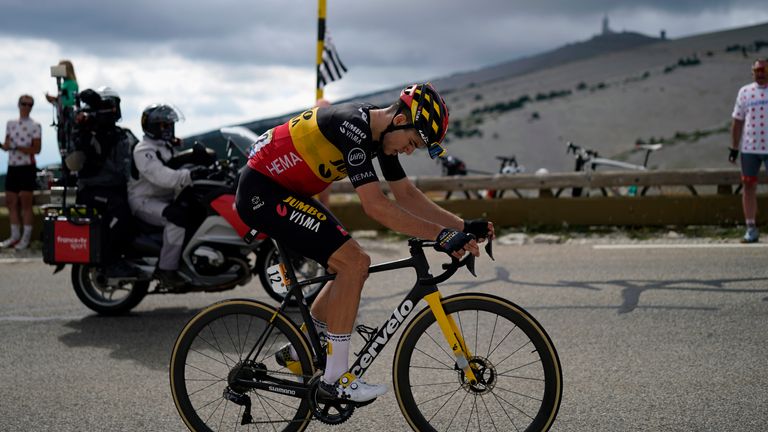 Wout van Aert rode clear on the second ascent of the famous Mont Ventoux to take a superb stage win as Tadej Pogacar came under pressure but extended his overall lead in the Tour de France.

Twenty-four hours after finishing second to Mark Cavendish in a sprint finish, Van Aert put on a display of a very different kind to take glory on one of the most anticipated days of this year’s Tour, featuring a double ascent of one of its most famous mountains.

Van Aert left Kenny Elissonde behind 11km from the top of the Giant of Provence, riding solo to the finish in Malaucene on the 199km stage from Sorgues.

Pogacar was distanced by Jonas Vingegaard late on the final climb, showing his first signs of weakness, but with Ben O’Connor long since distanced to lose his grip on second overall, the Slovenian emerged with his lead enhanced. 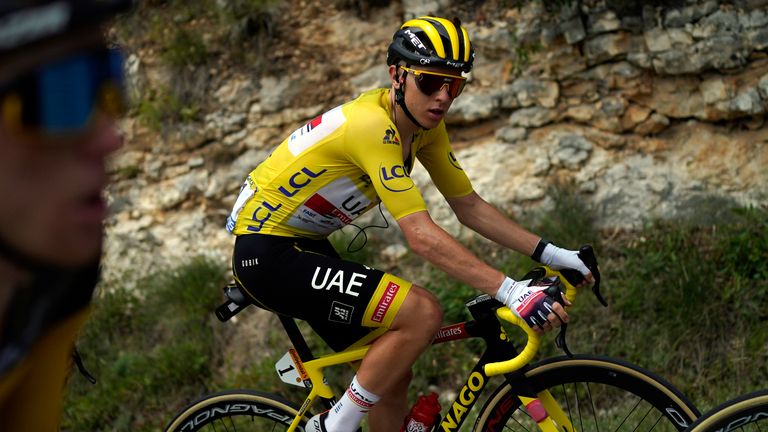 Tadej Pogacar retained his place at the head of the field, extending his lead in the yellow jersey

Van Aert’s Jumbo-Visma team-mate Vingegaard attacked from a much-reduced group of favourites with around two kilometres of the climb left.

Pogacar immediately followed but soon dropped back, allowing Richard Carapaz and Rigoberto Uran to catch the yellow jersey by the summit, and the three worked together to reel in Vingegaard on the long descent into Malaucene, finishing together one minute and 38 seconds after Van Aert crossed the line.

That means Pogacar’s lead, which had been two minutes and one second over O’Connor, now balloons to five minutes 18 seconds over Uran, with Vingegaard up to third a further 14 seconds back.

Van Aert’s stage win delivered some consolation to his Jumbo-Visma team after they lost their leader and yellow jersey hope Primoz Roglic to injury last week. 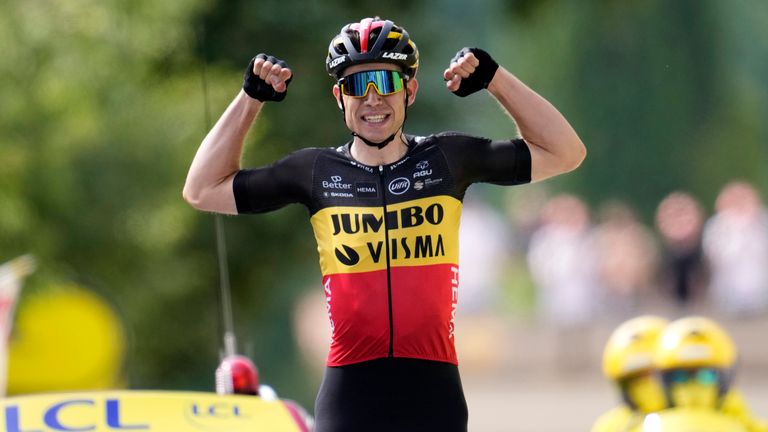 “I’m lost for words, it’s stupid to say of course but I did not expect to win this stage before the Tour.

“It’s one of the most iconic climbs in the Tour, in the world of cycling and it’s maybe my best victory ever.”

And the Belgian champion delivered it in some style on this most anticipated of Tour stages, built around two ascents of the famed Ventoux late in the day.

After Elissonde attacked from the remnants of the breakaway on the second time up, Van Aert shook off world champion Julian Alaphilippe and Bauke Mollema in the chase and then rode away from the Frenchman to solo home, winning the stage by one minute 14 seconds from Elissonde.

Van Aert, a three-time world cyclo-cross champion, can now add a major mountain stage of the Tour to his considerable list of achievements.

“Personally for me it was hard for me to come into this Tour at the proper level and in the first week we had so much bad luck with the team, and even today we lost Tony Martin in a crash, so this is nice.

“If you keep being motivated, keep believing, some day it will work out and I’m really proud.”