No arrests were made by the police but training files were handed over; Bahrain Victorious technical director Vladimir Miholjevic said: “We are committed to (the) highest level of professionalism and adherence to all regulatory requirements” 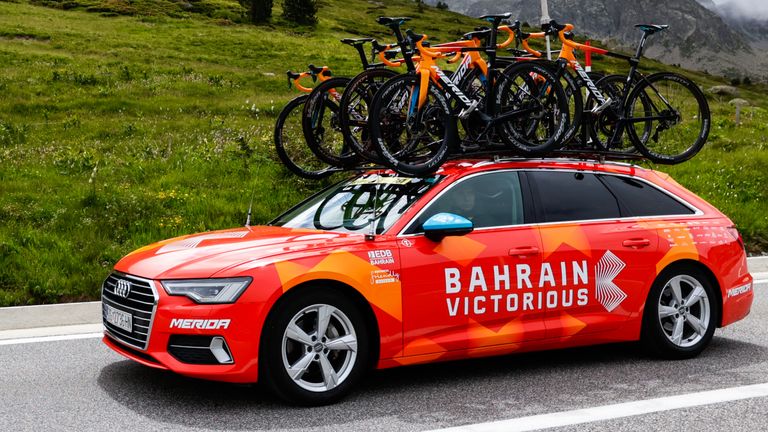 Police searched the hotel of team Bahrain Victorious after stage 17 of the Tour de France on Wednesday night in Pau.

Riders’ rooms and the team bus were searched, while the team was required to provide copies of all training files.

The team’s technical director Vladimir Miholjevic said: “Following stage 17, we were greeted by several French police officers. We were not given a warrant to read through, but the team complied with all the officers’ requests.

“We are committed to (the) highest level of professionalism and adherence to all regulatory requirements and will always be cooperating in a professional manner. The process had impacted our riders; recovery and meal planning and as a professional team, the wellbeing of our team is a key priority.”

The team will continue in the race, with Thursday’s stage 18 to Luz Ardiden the last of the mountain stages.

Bahrain Victorious have enjoyed a successful Tour so far despite the loss of their main general classification hope Jack Haig in a crash on stage three.

The team collected back-to-back wins on stages seven and eight through Matej Mohoric and Dylan Teuns, while Wout Poels leads the king of the mountains classification and sprinter Sonny Colbrelli, twice in the top three on mountain stages, sits third in the points classification.

Pello Bilbao is the best placed of the team’s riders overall, sitting 10th, almost 13 minutes off Tadej Pogacar in the yellow jersey.

Their Briton Fred Wright, 22, is the youngest rider in this year’s Tour.