The American was the last survivor of a 32-man group that got away on the 191km stage from Ceret to Andorre-la-Vieill; Tadej Pogacar restored his five-minute advantage in yellow on the road to Andorra 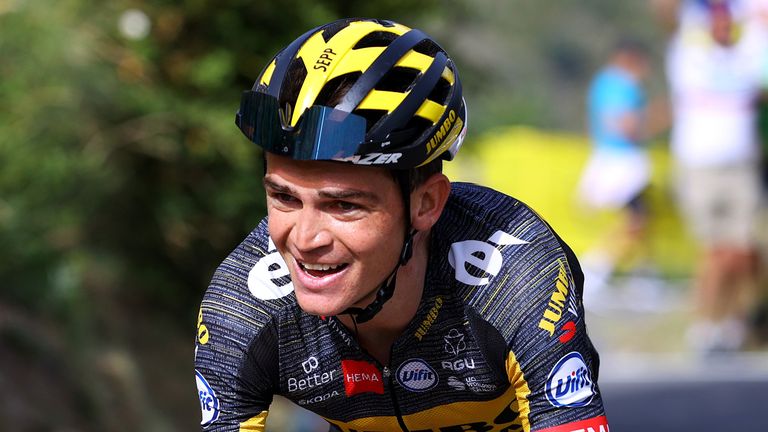 Sepp Kuss delivered the first American stage win at the Tour de France in a decade as Tadej Pogacar restored his five-minute advantage in yellow on the road to Andorra.

Kuss was the last survivor of a 32-man group who got away on the 191km stage from Ceret to Andorre-la-Vieille, leaving behind his fellow escapees on the last climb of the day, the Col de Beixalis, and holding off Alejandro Valverde on the long descent into town.

Five minutes further back, none of Pogacar’s rivals could shake the race leader as the group of favourites attacked each other on the climb, but they did do enough to distance Frenchman Guillaume Martin who had risen to second on Saturday’s stage but dropped back to ninth a day later.

Kuss hails from Colorado but is one of several riders in the peloton to call Andorra home, using his local knowledge to time his attack on the Beixalis as his girlfriend and her family cheered him on from the roadside.

After watching Nairo Quintana and others try and fail to get away, the 26-year-old made his move with five kilometres of the climb still to go, with Valverde the only man who could sustain any kind of challenge as he finished 23 seconds down. 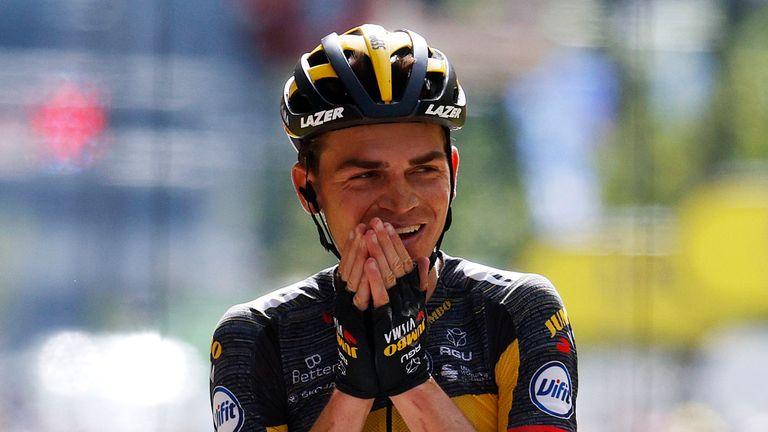 “I was suffering a lot in this Tour, I just didn’t feel I had the spice in the legs but today I knew it was finishing where I live and I was really motivated for that.

“I know the final climb fairly well but I don’t ride it so much in training because it’s so hard. I knew in the beginning it’s really tough so if I got a gap there I could try to hold it to the finish.”

It was a second stage win for Jumbo-Visma, who have done a fine job of salvaging their Tour since the loss of leader Primoz Roglic to injury in the opening week.

Wout Van Aert’s victory over Mont Ventoux was an excellent start, and they will now hope Jonas Vingegaard can finish on the podium after the 24-year-old Dane moved back up to third as Martin fell away on the Port d’Envalira.

Pogacar seems to be in control of yellow but behind there is a tense battle for places emerging. Rigoberto Uran sits second, five minutes and 18 seconds down, with Vingegaard and Richard Carapaz both within 15 seconds. There is less than a minute to Wilco Kelderman in sixth.

The Ineos Grenadiers had sought to pile pressure on Pogacar on the final climb with Carapaz the only rider to hit the Beixalis with any team-mates, but neither the Ecuadorian nor anyone else could distance the yellow jersey despite several attempts.

“We were expecting attacks and Ineos started to do a hard pace pretty soon, but I felt good,” Pogacar said. “I had no worries for the last climb, I just followed the others, it was all OK.

“I’m really happy the time gap didn’t come down because today was one of the hottest days for sure. I felt good and I’m really looking forward to the next week.”

Thirty-five of the 184 riders who set out from Brest two weeks ago were already out of the race before the stage started, with Nacer Bouhanni soon adding to that number as the sprinting ranks were depleted further.

Vincenzo Nibali is among those planning to pull out on the rest day and turn attentions towards Tokyo so it could be a much-depleted field that starts Tuesday’s 169km stage from Pas de la Case to Saint-Gaudens.

For those who will be on the start-line, Monday offers a much needed rest day.

“I hope I can sleep so long I get bed sores,” Pogacar said.