Mark Cavendish has completed a remarkable week by winning a fourth stage at the Tour of Turkey; he finished just ahead of Jasper Philipsen to take the final eighth stage having earlier claimed three stages in a row; he had previously tasted success three years ago 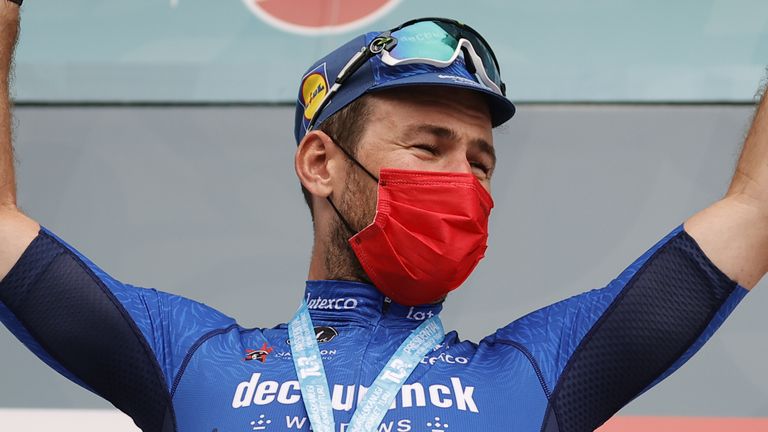 Mark Cavendish claimed a fourth stage victory at the Tour of Turkey to match his achievement at the event’s 2014 edition.

Cavendish edged out Jasper Philipsen on the finish line of the final eighth stage after the Belgian had got onto Andre Greipel’s wheel.

Kristoffer Halvorsen finished third with Greipel in fourth, the German ending empty-handed after contesting the fast finishes all week.

Cavendish had earlier claimed three stage wins in a row, with the opening win on Monday being his first since the Dubai Tour in February 2018.

Tuesday’s victory was the first time Cavendish had enjoyed back-to-back successes since the 2015 Tour of California, while his win on Wednesday secured an 800th victory for the Deceuninck-QuickStep team who handed him a career lifeline this season.

The 35-year-old Manxman won four stages of this race seven years ago and Sunday’s success saw him equal Greipel’s record of 11 victories in Turkey.