New Zealand left-arm seamer Trent Boult could return to the side for the second Test against England at Edgbaston, says coach Gary Stead; Boult missed the series opener after opting to spend time at home with his family after the IPL was suspended 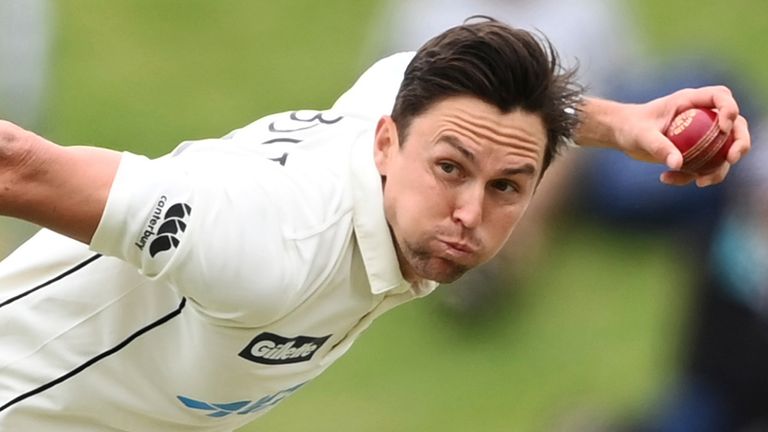 New Zealand pace spearhead Trent Boult could make a surprise return to the team for the second Test against England, which begins on Thursday, coach Gary Stead said.

Stead had said before the first Test that Boult would probably miss the two-Test series, but on Monday he said the bowler, who joined the squad late last week, could be available after he was out of isolation earlier than expected.

“There’s a chance, there are a few things that have changed,” Stead said. “The British government have relaxed their quarantine stipulations so Trent is out of isolation three or four days earlier than expected.

“The original plan we had in place… was we weren’t going to play him in the second Test, but coming out of that isolation probably three days earlier than what we originally anticipated does put a slightly different spin on it.

“We’ll weigh up the pros and cons and work out with Trent what we think is the best course forward to make sure he is fit and raring to go for that final.”

New Zealand play the second Test against England at Edgbaston, starting on Thursday, before facing India in the inaugural World Test Championship final at Southampton from June 18.

Watch day one of the second Test between England and New Zealand, at Edgbaston, live on Sky Sports Cricket from 10am on Thursday.