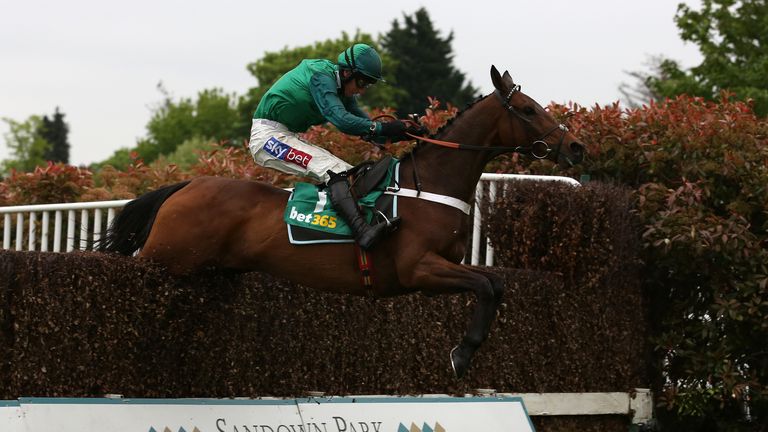 Part-owner Simon Munir and trainer Nicky Henderson have paid tribute to Top Notch after the popular chaser’s death on Sunday.

The 10-year-old won 16 of his 33 career starts in a career spanning eight years, with his sole Grade One success coming in the 2017 Scilly Isles Novices’ Chase at Sandown.

Top Notch also landed two editions of the Grade Two Peterborough Chase and the Oaksey Chase on the final day of the season at Sandown three years ago.

The Poliglote gelding made five appearances at the Cheltenham Festival, managing runner-up finishes in the 2015 Triumph Hurdle and the 2017 JLT Novices’ Chase. He finished third in the Paddy Power Plate on his most recent visit to Prestbury Park in March.

Munir, who owned Top Notch with Isaac Souede, posted on Twitter: “It is with great sadness that we lost our double green stalwart and hero Top Notch today. He ruptured his stomach and surgery failed.

“He was the sweetest kindest horse with the biggest heart – since 2014 he won 14 races and participated in five Cheltenham Festivals.

“So many memories – RIP Notchy.”

Henderson added: “Top Notch will be sorely missed by us all at Seven Barrows. He was a great friend and gave us all so many wonderful days out over the last few years “