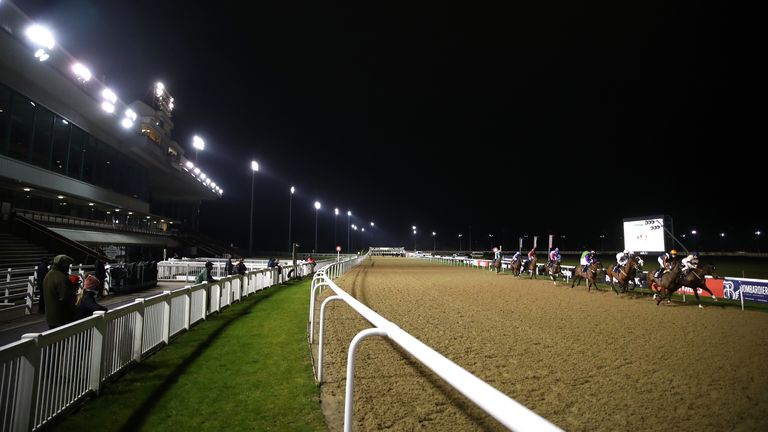 Precision Storm can complete a successful recovery mission in the Heed Your Hunch At Betway Handicap at Wolverhampton.

Mark Loughnane’s consistent grey was devoid of luck on his last trip to Dunstall Park when he had to settle for second.

That was Precision Storm’s fourth runner-up spot in his last six starts, but there could be no blame attached to him as he and Richard Kingscote found their route blocked wherever they went over this course and distance last week.

Precision Storm suffered the further aggravation of being put up 1lb for being beaten more than four lengths by his market rival, as the joint-favourite.

He and Kingscote can still have the last laugh, though.

They were convincing winners over this track and trip three starts ago – and back in October – and Precision Storm has performed with credit here in each of his seven visits through a busy campaign.

He has been in the frame on all but two of those occasions – and despite going up more than a stone in all, he showed more than enough last time to suggest he will be right in the reckoning again.

Heer We Go Again should have things in his favour as he returns to his preferred five furlongs and the right grade in the Play 4 To Win At Betway Handicap.

The four-year-old tried to race prominently but was not competitive when the race took shape here last time, up to six furlongs in a 0-90 contest.

He drops back to the minimum trip, at which he was successful here in early January, and should be more in his comfort zone up at the top of the handicap against these opponents.

There are jumps meetings at Fakenham, Newcastle and Warwick – and each presents an investment opportunity.

Mr Jack returns to a happy hunting ground in Norfolk, for the Aldiss Furnishing Stores Handicap Hurdle, having already won over course and distance this month.

He is up 5lb for his trouble, and has risen more than a stone in all since he started winning for his current connections. But Andy Irvine clearly has him in great form, and has found another good opening here.

Kitty Hall has fine prospects too, for Nicky Richards, in the Quinnbet Best Odds Guaranteed Mares’ Handicap Hurdle at Newcastle.

Runner-up the last twice in novice events, to a previous winner on each occasion at Musselburgh and Catterick, it could be her turn on handicap debut to give Brian Hughes another success towards his title defence.

At Warwick, Generous Day drops back to the minimum trip in the Bet At racingtv.com Handicap Chase and should have ample speed on the basis of the visual impression he made when returning to winning form over further at Hereford last month.