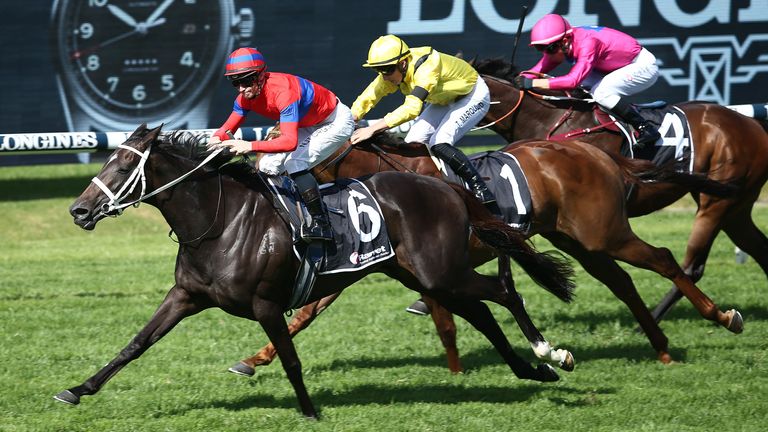 Addeybb had to settle for second to old rival Verry Elleegant in defence of his Ranvet Stakes title at Rosehill.

Champion Stakes winner Addeybb made a huge success of his trip to Australia last year, beating Verry Elleegant in both the Ranvet and for a second Group One victory in the Longines Queen Elizabeth Stakes.

This time, however, William Haggas’ long-distance challenger and jockey Tom Marquand were just outpointed as the Australian mare got her revenge by a length.

On his first start since Ascot, there were brief doubts about his participation when he was found to be slightly lame after being plated on the eve of the race – but the vets cleared him to run.

The soft ground at Rosehill, following this month’s downpours in Sydney, appeared to favour Addeybb.

But as he and Verry Elleegant both challenged from off the pace in the final two furlongs, he could never haul back the winner.

Marquand nonetheless told racing.com: “(I was) delighted with the run.

“As we kept saying before, if we bump into her at her best it’s going to be tough to beat her.

“He gave his all. This was always going to be a run-up to a bigger day, and he put his heart and soul into it.”