Ole Gunnar Solskjaer says a Manchester United win over Villarreal in the Europa League final could be a "stepping stone for a big future".

Solskjaer, a Champions League winner with United as a player, has yet to win a trophy since taking charge of the club in 2018-19.

"This is a team that we've rebuilt in the last few years. Hopefully this is the start of something more," he said.

United have not won a major trophy for four years, but Solskjaer said he was "quietly confident" of beating Villarreal, who finished seventh in Spain's La Liga in 2020-21.

"This is the best club in the world," he added.

"That's the pleasure and the pressure of Manchester United. That's something the players are ready for. They wouldn't have signed here if they weren't top players.

"These are big nights for us. It might be the stepping stone for a big future.

"This group of players has been working for a year and a half together. The next step for them is to enjoy a game like this – I've seen something growing inside of the players."

There are plans for 2,000 fans of each club to be present at the final.

Bruno Fernandes: 'It's an honour' to be compared to Eric Cantona, says Man Utd midfielder

Will Maguire recover in time?

Maguire was on crutches until last week but has travelled to Gdansk and hopes to feature. However, he did not take part in Tuesday's training session.

Solskjaer is without Anthony Martial and Phil Jones because of knee injuries.

The United boss has a big decision to make over who starts in goal. David de Gea made some fine saves in the semi-final second leg against Roma, but Dean Henderson is also challenging for a starting place.

"It's always difficult to leave players out but it's throughout the whole season," said the United boss. 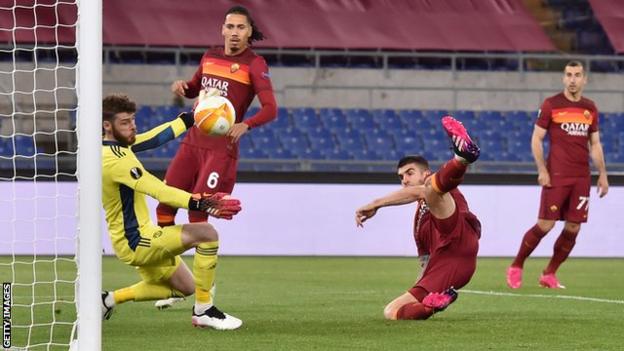 A fourth Europa triumph for Emery?

While Solskjaer is contesting only his second final in his managerial career, having won the 2013 Norwegian Cup with Molde, opposite number Unai Emery has won the Europa League three times.

Villarreal's former Arsenal boss guided Sevilla to victory in the competition in 2014, 2015 and 2016.

Emery could become the first manager to win the competition four times.

He also reached the 2019 final with Arsenal and is aiming to deliver a first major trophy in Villarreal's 98-year history.

Asked if facing United provided him with extra motivation due to his experience at Arsenal, when he was sacked after 18 months in charge, Emery said: "There is no revenge with the English teams or people. I am proud to play in this final defending Villarreal's colours."

Villarreal, who beat Arsenal in the semi-final, are unbeaten in European competition this season, winning 12 times and drawing twice. 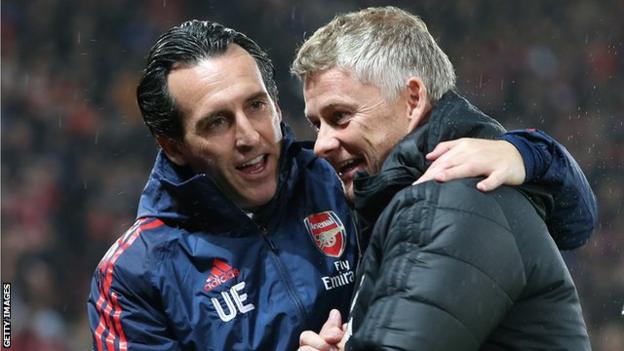 Legendary manager Sir Alex Ferguson has travelled to Poland with the United team for the final.

It was on 26 May – the same date as the Europa League final – that Solskjaer scored to help Ferguson's United win the 1999 Champions League. 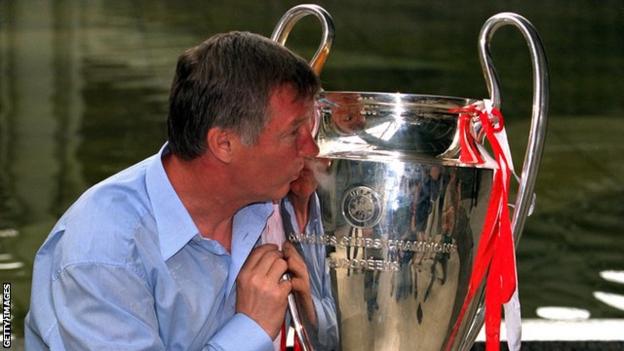 "He's a special man, like an encyclopaedia of football," said the Norwegian.

"Just to have him around when we eat in the restaurant, I'm sure if the players are wondering about something they can ask him. I owe my career to him."

The date is also significant for the club because Sir Matt Busby, regarded as the founding father of Manchester United, was born on 26 May 1909.

This is Manchester United's eighth major European final, the second-most of any English club after Liverpool (14). They have been crowned winners in five of the previous seven finals, losing only against Barcelona in the Champions League in both 2008-09 and 2010-11.Villarreal and United are meeting for the fifth time, with each of the previous four meetings finishing 0-0 in the Champions League between 2005-06 and 2008-09. Ole Gunnar Solskjaer will contest only his second final in his managerial career, having won the 2013 Norwegian Cup with Molde. Solskjaer would be the first Norwegian manager to win a major European trophy.Aged 19 years and 237 days on the day of the final, United's Mason Greenwood could become only the second English teenager to score in a major European final after Brian Kidd, who scored on his 19th birthday for United in the 1968 European Cup final against Benfica.United's Edinson Cavani has scored five goals and provided two assists in only 247 minutes of Europa League action this season, averaging either a goal or an assist every 35 minutes.'The UK is all I've ever known': Panorama looks at the impact of immigration status on those born or raised in BritainWild Weekends: Three youngsters embark on the wildest activities Scotland has to offer
Source