Scans to Fi Toner and Tuaine Keenan show that they will be out for ‘an extended period’; while Donnell Wallam is sidelined with a fractured radius and Brittany Coleman needs knee surgery. 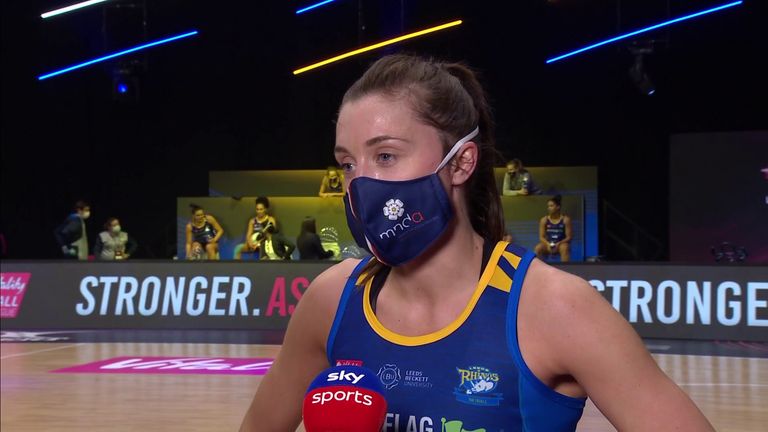 Leeds Rhinos will now be without their co-captain, and three other players, after a horrible injury spell

Leeds Rhinos Netball’s injury woes continue after scans to co-captain Fi Toner and defender Tuaine Keenan reveal they will be both out for an ‘extended period of time’.

The duo were forced to leave the court on Monday during the Rhinos’ contest with Saracens Mavericks, alongside Australian import Donnell Wallam, who fractured her radius bone.

The remaining squad members who were left on court rallied and the narrow 43-39 loss reflected the new Superleague franchise’s determination and team spirit.

The extent of Wallam’s injury was announced earlier this week, while Toner and Keenan went for scans. On Friday, it was confirmed that the former suffered an Achilles injury and the latter a calf issue.

Neither have sustained long-term damage, however both will be out of action for an ‘extended period of time’.

The injury update also shared that shooter Brittany Coleman needs to have knee surgery in the coming weeks, after injuring her ACL during a practice match in Manchester late last year. The surgery will rule her out for the season.

“We’d like to thank everyone for their well wishes and support for the athletes and team during this time,” Dan Ryan, their head coach said.

The statement concluded by saying that the club is fully committed to supporting all of the athletes in their rehabilitation and journey back to court.

Leeds Rhinos Netball’s next match, available to watch on the Sky Sports YouTube channel, takes place on Sunday in Wakefield, when they take on Surrey Storm from 12pm.