Wasps face a double-header against Strathclyde Sirens on Sunday and Manchester Thunder on Monday; Amy Flanagan has stepped up into the role of co-captain and is driving their standards on court, in the less familiar position of Centre 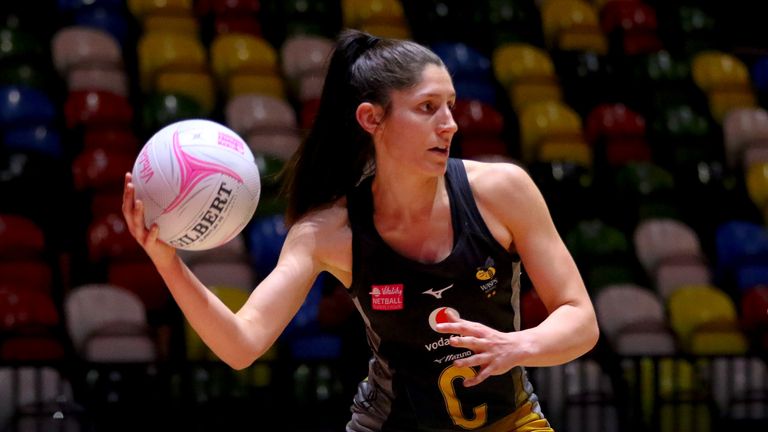 Wasps have an important series of matches on the horizon, including this weekend’s encounters with Sirens and Thunder (Image Credit – Ben Lumley)

As two-time Vitality Netball Superleague champions Wasps continue their quest for play-off netball, at the heart of their work is a calm and composed leader who has been there and done it all before.

Amy Flanagan, known affectionally to many as ‘Super Amy’, has already won England’s domestic competition four times. Victories in 2017 and 2018 with Wasps were preceded by triumphs at Surrey Storm during the two years prior.

In any area of sport, it’s always easier to do something a second time around (or in Flanagan’s case potentially a fifth) and her knowledge will be vital, as Wasps continue to face crunch matches and drive towards a third title.

After an intense clash with London Pulse in Round 15, they now have another tricky double-header weekend at the Copper Box Arena, all whilst Saracens Mavericks are nipping at their heels behind them in fifth position.

After being announced as vice-captain at the start of the season, the 27-year-old now finds herself in the role of co-captain alongside Fran Williams. Both athletes stepped up after Sophia Candappa moved into an off-court position mid-way through the season, due to her pregnancy.

Being a captain is clearly something that suits Flanagan. When the going has got tough for Wasps, she’s consistently been the one who has lifted the team. And, as the pressure has built, head coach Mel Mansfield has increasingly looked to her as their go-to Centre. It’s a position that Flanagan has a little bit of history with, during recent matches her former head coach and team-mate Tamsin Greenway, let slip that she doesn’t actually enjoy playing at Centre too much! Flanagan herself, who is an outstanding WD too, is keen to explain this one a bit more.

“Tamsin’s not going to let me live this down,” she said with little chuckle.

“I think that me not liking Centre, does need a bit of context to it! So, Tamsin put me into Centre during a match once, when I hadn’t trained there before… I just went straight in mid-match. So, I think that was the sticking point for me as to why perhaps, I didn’t enjoy it the first time!

“I’m always happy to take on the challenge though, but I’m sure everyone has experienced it, when you don’t feel as confident in a position, you can get a little bit nervous.”

Amy is such a calm player. She never over complicates things; she let’s go of the ball freely in attack and hits the gaps effortlessly.

Defensively, her off-the-body style and vision suits the position of Centre perfectly. It allows her to come through and win ball in literally every area of the end third.

If the nerves still remain when Flanagan runs out at Centre, then she’s keeping them well hidden from her opponents.

A previous double-header weekend duelling against Serena Guthrie and Jade Clarke, highlighted both her fitness and prowess. Then, when it came to Wasps’ pivotal match against Pulse in Round 15, she stepped up again, despite the team feeling the heat.

“We’d been quite disappointed with our performances in the double-header before it. We did quite a lot of thinking and talking as a group, and were really aware that we now need to do everything we can to give ourselves the best chance of getting into that top four,” she said.

“It does mean that every match-day has to be treated as a high pressure, must-win game. That’s ultimately what you need in the build up to the semi-finals and finals, you have to execute during the pressure moments.

“We were quite pleased with some moments [against Pulse] but also disappointed with others as well.” 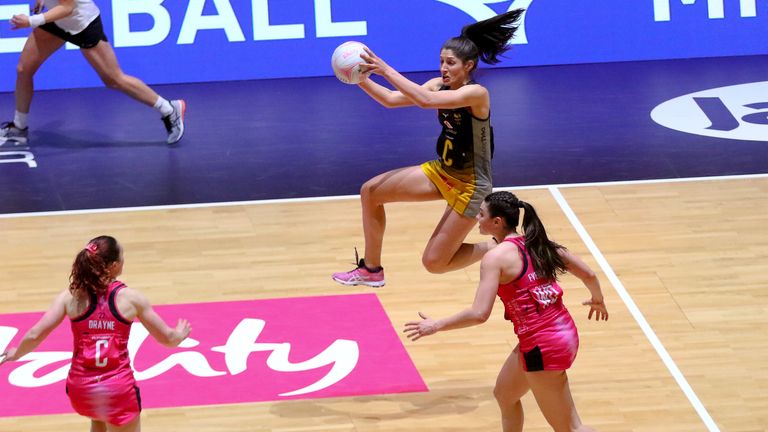 We all speak about it, having the adrenaline and the buzz after a game means that being able to calm down and go off to sleep is a tricky one. It’s easier if you’ve won, but if we’ve lost then I just replay all of the worst bits… I live them back a few times! So, it wasn’t as tricky after the win against Pulse, but I definitely still felt it.

The 42-37 victory was an intense one that featured ebbs and flows for both teams. With Wasps ultimately coming out on top, it has created a small gap between fourth and fifth position, however Saracens Mavericks have played two fewer matches than them.

At this point in the season, as the seasoned Superleague winner knows, there’s little time to rest and instead the two-time champions must focus upon delivering on consecutive days this weekend against Strathclyde Sirens and Manchester Thunder.

“I think a strength that we’ve seen from Sirens is that they’re a team that work together really strongly,” Flanagan noted about their opponents on Sunday.

“So, for us, it will be about breaking down those units and looking at how we can take on key players. Gia [Abernethy] is such a leader for them; you can see that she gives confidence to everyone around her, so if I play Centre again, then I’ll have my work cut out!

“With Thunder, we’ve spoken about the fact that when we met them earlier in the season, they weren’t quite a settled with their starting-line up as they are now. We know that their shooters can put up goals from anywhere, so key for us is trying to starve them of ball.

“Then, we’ll need to really maximise any opportunities that we get. I think that’s something that we perhaps haven’t been as smooth at doing this season, but it’s a work in progress.” 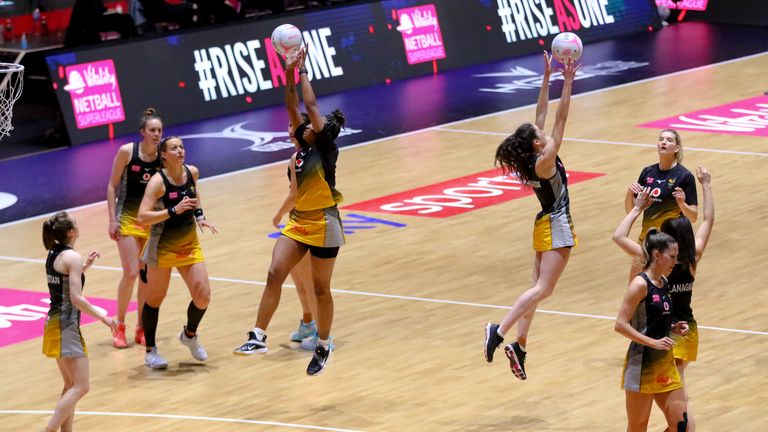 As Wasps continue to put in the work on the training court, Flanagan is combining with co-captain Williams to drive the outfit forwards. As a unit, the duo complement each other, and their partnership is something the Flanagan is keen to maintain during the run-in.

“I’m aware of how much of an impact you can have on the players around you,” she said.

“Some people like to be calm and some people need energy bringing. Within our captaincy roles, Fran is very energetic in a way that maybe I’m not, but then we have that balance.

“It’s down to us as players to know what environment you’re going to perform best in, and we just need to help ensure that everyone is in the best mindset for the matches.”

Once the challenges of both Sirens and Thunder have been met, the pressure will rise again for Wasps. They have a duel with Saracens Mavericks to look forward to before a final regular season hit-out against Flanagan’s former franchise Surrey Storm.

“I hope that we’ll make it exciting,” Flanagan concluded. “But also, I hope that it’s not too nerve-wracking for us!”

Sky Sports is your home of netball. The Vitality Netball Superleague continues on Sunday with Round 16 and four back-to-back matches streamed live on the Sky Sports YouTube channel from 12pm.