The race for the final play-off place continues with four teams still in contention; Round 19 starts on Sunday at noon with Wasps’ final game of the regular season against Surrey Storm. Every Round 19 match will be streamed live on the Sky Sports YouTube channel 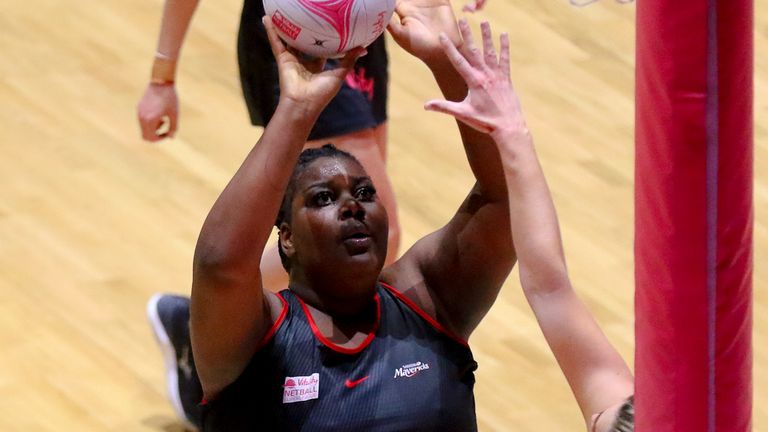 As the race for the final play-off place continues, we look at the key talking points ahead of Round 19 of the Vitality Netball Superleague.

The weekend’s action starts on Sunday at noon, with Wasps playing their final game of the regular season against Surrey Storm. After that, fans at the Copper Box Arena in London will enjoy three further matches, including Saracens Mavericks’ meeting with Team Bath Netball.

Mavericks will then have a quick turnaround before their match against London Pulse at 5.15pm on Monday, before Loughborough Lightning versus Manchester Thunder completes the round.

Every match of Round 19 will be streamed on the Sky Sports YouTube channel, and Monday’s contests will be live on Sky Sports Mix.

The race for the top four

Let’s start with the race for the top four, shall we? With two rounds to go Wasps, Leeds Rhinos Netball, Strathclyde Sirens and Saracens Mavericks all have a chance of securing fourth position and being in the semi-finals on June 26.

With every outfit having a different number of matches left, from Mavericks with three to Wasps having just one, it could go down to the very last game of the regular season.

This weekend Wasps will be looking to finish on a high. Mel Mansfield’s squad will go into the contest with Storm knowing that all they can do win, and then wait!

Both Sirens and Mavericks still have one of the already-qualified semi-finalists to face; Thunder for Sirens and Bath for Mavericks.

Meanwhile, Dan Ryan’s Leeds Rhinos Netball must not let this bye weekend dampen their focus. In Round 20, they have meetings with London Pulse and Celtic Dragons.

If the results go according to the form book then Rhinos and Mavericks are in the driving seat, but if this Superleague season has taught us anything, it’s that everything can change in the blink of an eye!

Speaking of the ‘form book’, in Rounds 19 and 20 the teams outside the quartet vying for fourth, are all extremely focused on finishing their seasons on high notes.

All will be looking create an upward trajectory to ensure that they take that momentum into next season, and there’s a Fast5 place at stake.

Across the board, players may be looking to show their worth in order to secure contracts for next season and Celtic Dragons also have the added element of wanting to give their departing head coach – Tania Hoffman – the leaving gift of another victory.

Lightning with food for thought

For Loughborough Lightning, who qualified for the semi-finals in mid-May, their next two fixtures are against Thunder and Bath.

The contests pose an interesting question, because there’s a good chance that Lightning might need to face one, or indeed both, again on finals weekend.

“We’ve been chatting a lot as a coaching team, about how much you throw at these two games versus how much you keep,” Olivia Murphy told Sky Sports.

“Not that we can keep too many secrets as we’ll have the same team. But, we’re playing around with that a little bit within our conversations, and it’s a really interesting one. 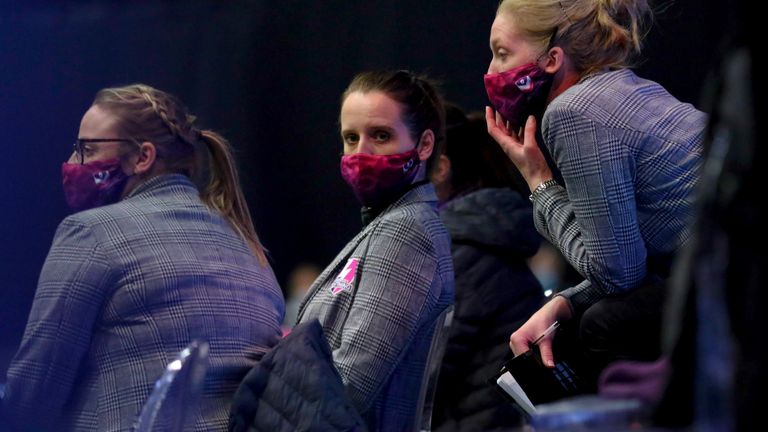 “We are in the fortunate position of having already qualified for the semi-finals already,” Sara Bayman added. “In 2019 we were scrapping on the last day of the season to make the semis, at that point you’re not worrying about what you’re showing or who you are putting out there, you’re just fighting for your life.

“This season, we’ve got the luxury of having those decisions to make about what path we go on. It’s all about making sure that we get better from this week to the next, and then all the way into the semi-finals and hopefully the final.”

While Murphy and Bayman will have spent time deliberating on Lightning’s route forwards, the two astute coaches and former internationals, know the value of momentum and the importance that it has at this point in the season.

Will Mavericks do the double over Bath?

At 4pm on Sunday afternoon, Saracens Mavericks will step onto court against Team Bath knowing that they’re the only outfit to have beaten them this season.

Mavericks are arriving off the back of an incredibly important victory over Wasps and will know that another win over Bath would fortify their top four hopes considerably.

Bath, the most decorated franchise in Superleague history, are on a nine-match winning streak. As positive as that is, they have enough experience within their team to know that now is the time to find an extra gear.

If Mavericks do secure fourth and Bath finish top, then this Round 19 contest will be a precursor to one of the Superleague semi-finals on June 26.

As has been said all season, Mavericks have the talent and potential within their squad to beat anyone on their day. When they get it right, they can be extraordinary, but the big question is will they hit their stride on Sunday? Consistency hasn’t been their strong point so far this season.

For Bath, well it’s pretty simple… they have a score to settle with Mavericks and that makes them dangerous.

Across the court the individual head-to-heads are outstanding; Layla Guscoth against Kadeen Corbin, Eboni Usoro-Brown facing Ine-Mari Venter or Brit Clarke and then at the other end, Kim Borger duelling with Razia Quashie.

Throughout Sasha Corbin and Serena Guthrie will set an incredible tempo in mid-court, and if both teams play to their full potential, it could be an exceptional game of Superleague netball.