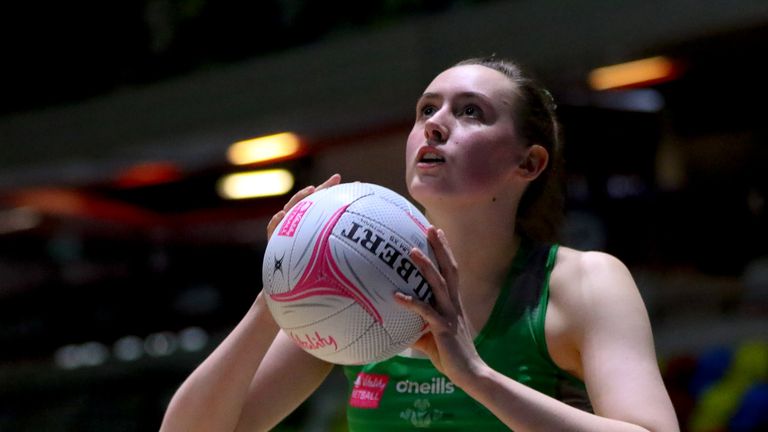 We look back at some of the key moments and performances from Rounds 13 and 14 of the Vitality Netball Superleague.

From the 10-match weekend starting with Dragons delivering against Storm to Rhinos completing the schedule with their triumph over Wasps, every Superleague team stepped up their work at the Copper Box Arena.

England head coach Jess Thirlby certainly enjoyed the twists and turns of the Vitality Netball Superleague weekend, as well as keeping an eye on her players out in Australia and New Zealand.

In Round 15, which starts on Sunday, we’re back to a six-match weekend and the action will begin with Severn Stars taking on Loughborough Lightning at 12pm.

For now, take a look at some of the things that jumped out at us over the course of the last 10 Superleague matches…

Let’s start with Monday evening’s cracker between Team Bath Netball and Manchester Thunder, shall we?!

If the roars from both teams’ huddles before the fourth quarter didn’t tell you that the result meant a lot, then the eruption from Bath at full-time did. 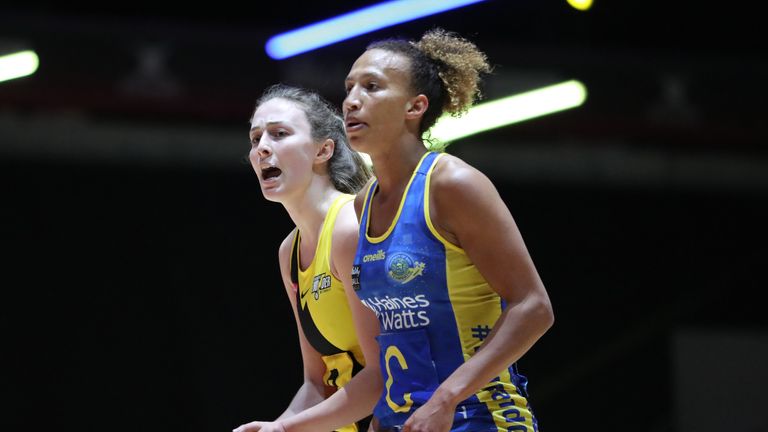 The encounter felt like a Grand Final, and it may well be this year’s Grand Final, as both teams are extremely well-placed to secure play-off spots at the end of the regular season.

The fixture brought out the very best of the two outfits; it allowed world-class players like Serena Guthrie to take their performances to a new level and it also reminded England’s Thirlby of the quality that someone like Imogen Allison possesses.

Performance of Rounds 13 and 14 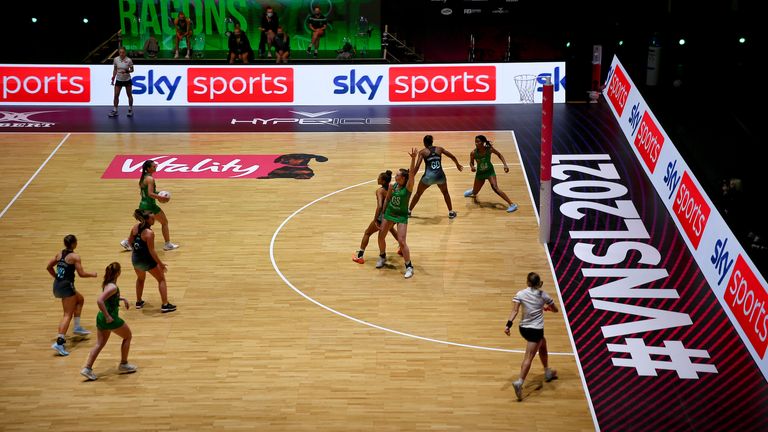 Without a doubt the performance of the round goes to Celtic Dragons for the way in which they secured their first victory of the season on Friday evening.

It’s fair to say that Tania Hoffman’s team have been through a lot already and the resilience they displayed to deliver a 48-39 victory against Surrey Storm was exceptional.

After leading Team Bath Netball at half-time during Round 12, vice-captain Clare Jones had said that the belief was growing within Dragons’ squad and that came to the fore against Storm. Not only did every part of their game click, but when the heat came on going into the final quarter – and they found themselves in winning position – Dragons’ players grew and didn’t shy away from the pressure.

Although the Welsh franchise didn’t back up the victory on Saturday, that shouldn’t take anything away from a pivotal performance and one that will set them up nicely for the rest of the season.

On Sunday afternoon, London Pulse faced Manchester Thunder and within their shooting circle, Olivia Tchine showed maturity beyond her years.

Following Sigi Burger’s ankle injury, which Sam Bird has said will keep her out for a few weeks, Pulse’s young shooter is set to become a vital cog in her team’s wheel. 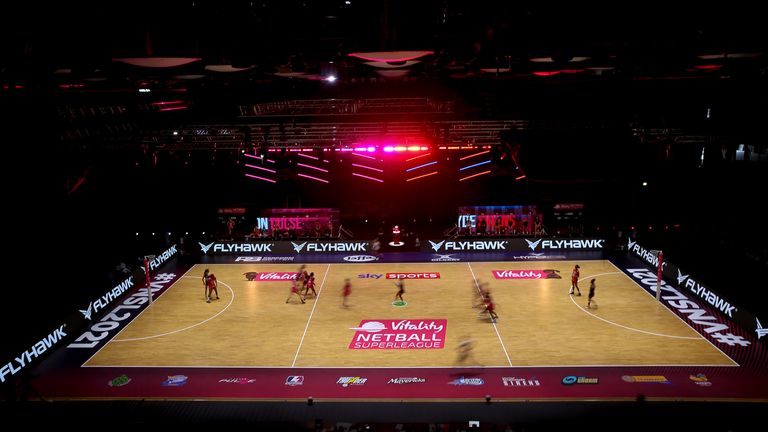 With the experienced Kerry Almond against her, Tchine showed the confidence to just turn to post and deliver.

She scored the majority of the home team’s goals – 28 of 42 compared to Lefebre Rademan’s 14 – and missed just three during the course of the 48-minute encounter. 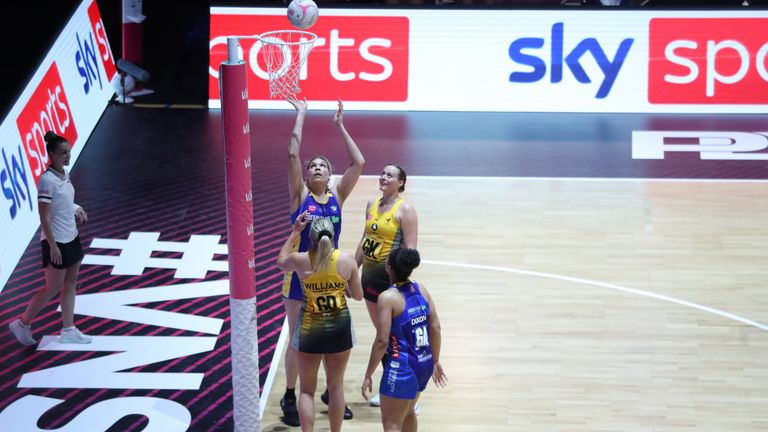 The final word of this review is going to be handed to the competition’s newest franchise – Leeds Rhinos Netball.

After an incredibly unfortunate start to the season, when they lost Tuaine Keenan, Donnell Wallam and Fi Toner to injury, they’re back to full strength and are making waves during their inaugural season.

On Sunday, a 69-51 victory over Strathclyde Sirens was secured in a relaxed, yet focused, fashion. Then, on Monday, they raised the bar again to beat Wasps for the first time.

Clearly, the presence of Wallam is key for Rhinos but they wouldn’t be able to get the best out of her, without the outstanding work of Jade Clarke, Brie Grierson and Rhea Dixon.

Grierson truly deserved back-to-back player of the match awards over the course of the weekend, and Rhinos will go into their next fixtures against Team Bath Netball and Severn Stars with a real spring in their step.

Sky Sports is your home of netball. The Vitality Netball Superleague continues on Sunday with Round 15 and four matches back-to-back streamed live on the Sky Sports YouTube channel from 12pm.