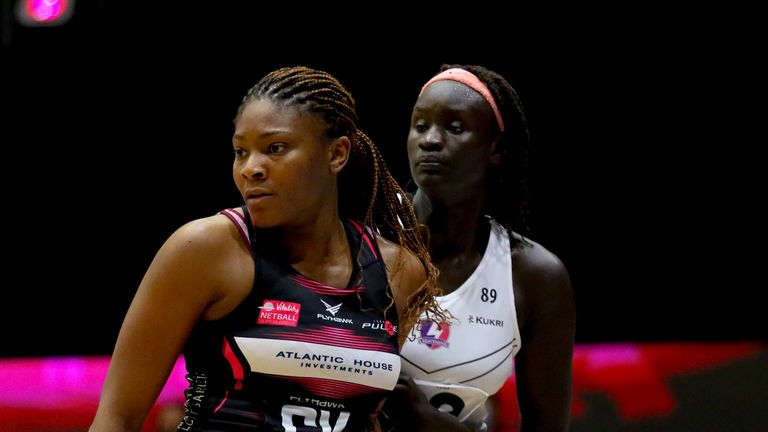 We look back at some of the key moments and performances from Rounds Five and Six of the Vitality Netball Superleague.

It was a bumper round of netball that started with Severn Stars’ first victory of the season and finished with an intriguing duel between Strathclyde Sirens and Leeds Rhinos Netball.

If you did miss any of the action, then you can watch every match back in full on the Sky Sports YouTube channel and the competition continues with Round Seven, and four matches back-to-back, on Sunday.

For now, take a look at some of the things that jumped out at us over the course of Rounds Five and Six….

Match of Rounds Five and Six

This week, we’d like to mark your cards with the final contest of the round between Leeds Rhinos Netball and Strathclyde Sirens.

From the first whistle until the last, there was little to choose between the two sides. As the players on court stepped up, the two outstanding coaches on the sidelines – Karen Atkinson and Dan Ryan – brought their ‘A’ games too.

It was a joy to watch and if you haven’t seen it yet then schedule some time in your diary and take a look.

Performance of Rounds Five and Six

Here, we can’t look past Team Bath Netball’s output on Friday evening which secured their 60-35 victory against the 2019 champions Manchester Thunder.

After weathering an early fast start from Thunder, Anna Stembridge’s side used the latter stages of the first quarter to hit the front and they never looked back.

Neither Kim Borger nor Sophie Drakeford-Lewis missed a shot at goal and Bath’s back-four of Serena Guthrie, Imogen Allison, Layla Guscoth and Eboni Usoro-Brown secured 13 interceptions and made six deflections.

From start to finish, it was a masterclass and a performance that every other team in the competition will have taken notice of.

Player of Rounds Five and Six 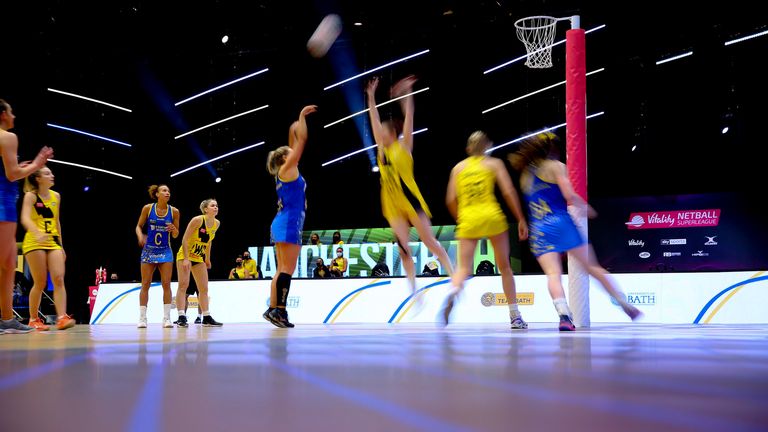 Our player of the round also comes from Team Bath Netball, and it’s the outstanding Borger.

The shooter put up 39 of the 60 shots that her side scored on Friday and when she came on against Stars on Saturday, she steadied their ship and helped them create a cushion on the scoreboard.

Borger’s partnership with Sophie Drakeford-Lewis is an exceptional one and as a duo, they provide a challenge that few other teams pose.

An honourable mention too for the aforementioned Vinkhumbo, who shone for Sirens against Saracens Mavericks and again worked tirelessly against Leeds Rhinos Netball. What a force she is in Sirens’ circle. Equally, London Pulse’s Kira Rothwell continues to get better by the second!

After showing her allegiance to Wales’ rugby team during our last review, this time Nia Jones’ tweet highlighted her thoughts on Stars’ weekend, which included their first victory of the season and asking questions of Team Bath Netball.

Social media also provided us with an injury update on Strathclyde Sirens’ Lynsey Gallagher, who is about to undergo surgery on her knee.

Sirens have said that Lynsey will receive medical support from the club and that she might return towards the ‘latter part’ of the season, or in time to focus on her international preparations with the Scottish Thistles in the summer.

Finally, a short step away from the Vitality Netball Superleague, George Fisher hopped on a plane to start her new adventure in New Zealand’s ANZ Premiership.

Within London Pulse’s set-up they have a number of talented Vitality Netball Superleague young players, and over the course of the two rounds, Halimat Adio showed what a force she is on court.

Adio led her team by example against Loughborough Lightning, and alongside Zara Everitt, she showed the competition how to get the better of Ella Clark and Mary Cholhok.

Then again on Monday night, Adio was instrumental in disrupting Celtic Dragons’ attacking options and the strength of Pulse’s defence as a whole meant Dragons could only put 26 goals on the board during the 48-minute contest.

The intense contest brought out the very best of England’s most-capped player and reminded us all of her exceptional talent.

Sky Sports is your home of netball. The Vitality Netball Superleague continues on Sunday with Round Seven and four matches back-to-back streamed live on the Sky Sports YouTube channel from 12pm.