Coverage of the Vitality Netball Superleague continues on Sunday, April 25 with Round 12, and four matches streamed live on the Sky Sports YouTube channel from 12pm 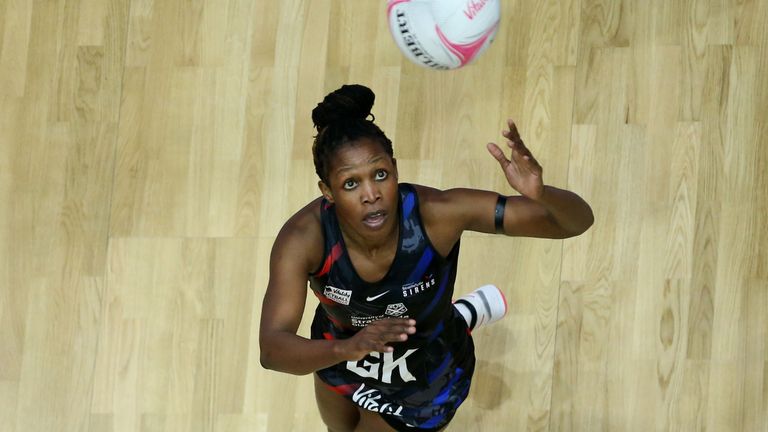 With the Vitality Netball Superleague season having reached the halfway point, we take a look at some of the standout players from the first 11 rounds.

From Celtic Dragons at the foot of the table to Team Bath Netball at the top, every team has been lifted by some great individual performances during the last 60 matches.

Do not forget the second half of the season will be played in London with the competition returning on Sunday. Round 12 starts with Dragons taking on Bath at 12pm and that contest will be followed by three back-to-back matches.

Here, we take at the players we think have performed strongly over the first half of the season, and let us know who you would add to this list on the Sky Netball social media platforms. When teenager Sienna Rushton joined Leeds Rhinos Netball, she would have known that Donnell Wallam was likely to be starting ahead of her. However, when Wallam was hit by injury, Rushton stepped up for Dan Ryan’s side and delivered.

Since her first outing, Rushton has thrived under Ryan’s leadership. Not only has she secured player-of-the-match awards, but she has also learnt valuable lessons when things have not gone fully to plan too.

While no-one ever wants to see a player get injured, the court-time that Rushton was afforded due to Wallam’s absence, has accelerated her development and left Rhinos in a strong position moving forwards. When the England head coach is likening you to Serena Guthrie and Sonia Mkoloma, then you know you are doing something right!

Funmi Fadoju has been outstanding so far this season. Her wingspan is incredible and it means she can lull attackers into a false sense of security, before pouncing on the intercept.

As she did during the first couple of matches of the 2020 season, Fadoju is playing with freedom and showing she can already read the game extremely well.

The fact that this is Fadoju’s first full Superleague season is really exciting and, at London Pulse, she is in the right place to develop further.

Sam Bird is an excellent coach to guide her through the coming weeks, months and years and will be instrumental in Fadoju’s development as a Superleague athlete and then, perhaps, as an England player too. 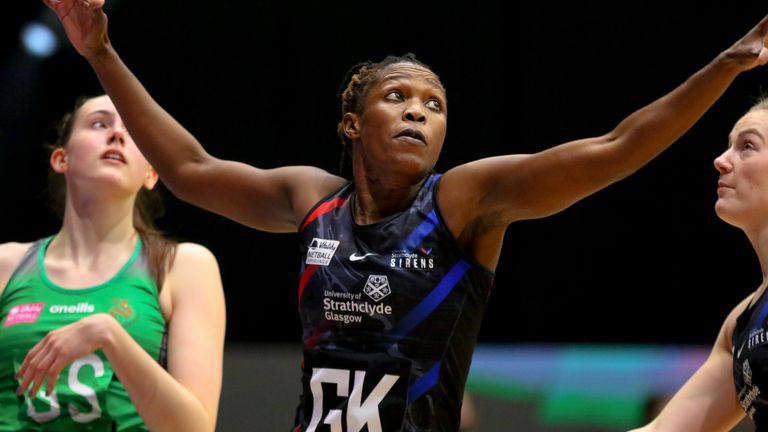 Towera Vinkhumbo, Strathclyde Sirens’ defender, has finished the first 11 rounds sitting at the top of the charts for interceptions made and turnovers created.

She has accumulated 37 intercepts so far, 10 more than any other player, and has secured 59 turnovers for Sirens.

Vinkhumbo has looked completely at home in the Scottish franchise’s defensive unit, despite being a late addition to their squad after Zanele Vimbela’s injury during pre-season, and she is lifting those around her too.

From Vinkhumbo’s ability to go out on the fly to her one-on-one marking with her shooter, the Malawi international does it all, and we cannot wait to see her during the second half of the season. 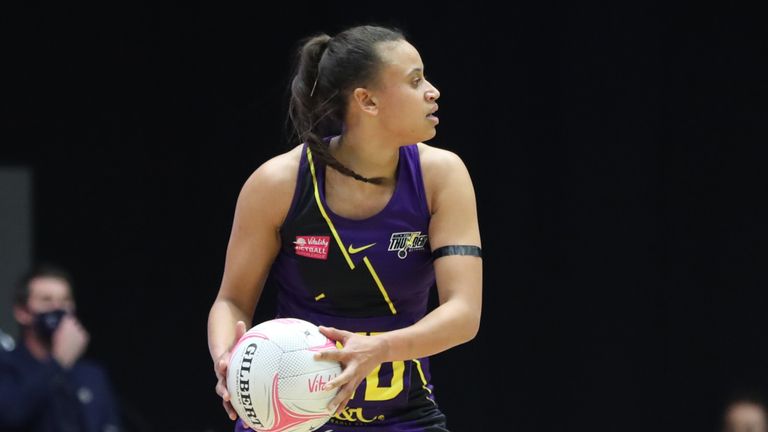 Within Manchester Thunder’s line-up, Laura Malcolm has been getting better and better as the rounds have gone by.

It is well-known that Malcolm can cover WD, C and WA and while that versatility deserves praise, it is her performances at WD that have really caught the eye.

Malcolm has hassled every WA she has been up against, she has forced many teams into making changes in their attack-ends and, while doing that, she has provided vocal leadership for her Thunder side.

When England’s head coach Jess Thirlby joined Sky Sports’ Off The Court, she said that during the Roses’ second Test against New Zealand, Malcolm really “showcased” what she could do as a WA.

Now, the mid-courter is proving her worth at WD too… what a great position she is putting herself in when it comes to potential selection for next year’s Commonwealth Games. 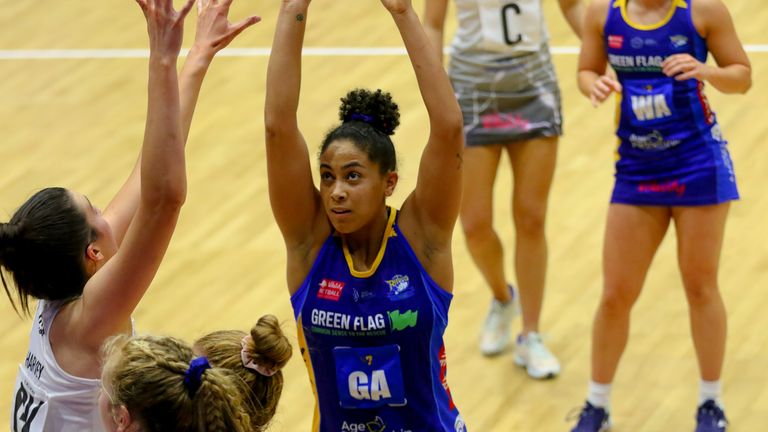 Back to Leeds Rhinos Netball, and the place where Rhea Dixon is currently playing the best netball of her career.

She made history by scoring Rhinos’ first goal in the competition and, after joining from Surrey Storm, she is now blossoming in Rhinos’ environment as their starting GA.

Over the course of Rhinos’ season, Dixon’s partnership with Rushton has grown, and Thirlby has already praised her flair and vision on court.

“She understands her craft, in and around that circle,” England’s head coach added, and Ryan concluded Dixon is “one you watch”. Next, we are moving to a goal shooter who consistently delivers for her team – Amy Clinton.

Over the course of Dragons’ 11 matches, Clinton has scored 220 of their 376 goals and has worked at an impressive 82 per cent accuracy.

What has caught our eye is Clinton’s ability just to turn to post and deliver. When Dragons are able to get the ball to her, she backs herself from anywhere and does not just pop them in from under the post.

Speaking earlier in the season to ‘The Inner Sanctum’, she opened up about the fact she is living and playing with scoliosis. Clearly, her ability to manage that and be on court at Superleague level is inspirational, and the fact she is able to perform so strongly, speaks volumes about her character and dedication to her sport. During pre-season Melissa Bessell spoke to Sky Sports and she said Stars had “a few surprises” up their sleeve, and once the season started, we all saw that Lucy Herdman’s move to GK from GS was one of them.

In her first full season playing in defence, Herdman has shown a natural ability to read the feeds in (helped of course by her time as a shooter) and has worked well alongside Nia Jones.

Across the board, the Superleague is lucky to have a wealth of exceptional shooters and Herdman is more than holding her own as she learns on the job playing against them. Let us finish with an ‘old-timer’ shall we? Serena Guthrie is one of the world’s best mid-court players, and this season she looks as sharp as she ever has done.

Guthrie has been a pillar of strength for Bath in the mid-court and has that ability to turn it up a gear just when they need her to. Game after game, England’s Vitality Rose has produced brilliance in attack and game-changing intercepts in defence.

The ding-dong between Jade Clarke and Guthrie when Rhinos and Bath met was superb to watch; two best friends going hammer and tongs at each other, pushing each other to reach their peak.

Needless to say, England’s head coach Thirlby will have been pleased to see just how well two of her leading players are performing, less than a year out from a home Commonwealth Games.

Sky Sports is your home of netball. The Vitality Netball Superleague continues on Sunday with Round 12 and four matches back-to-back streamed live on the Sky Sports YouTube channel from 12pm.