Anna Stembridge’s outfit came from behind to beat Thunder, while Rhinos accelerated away from Wasps; coverage of the Vitality Netball Superleague continues with Round 15 on Sunday and four back-to-back matches streamed on the Sky Sports YouTube channel 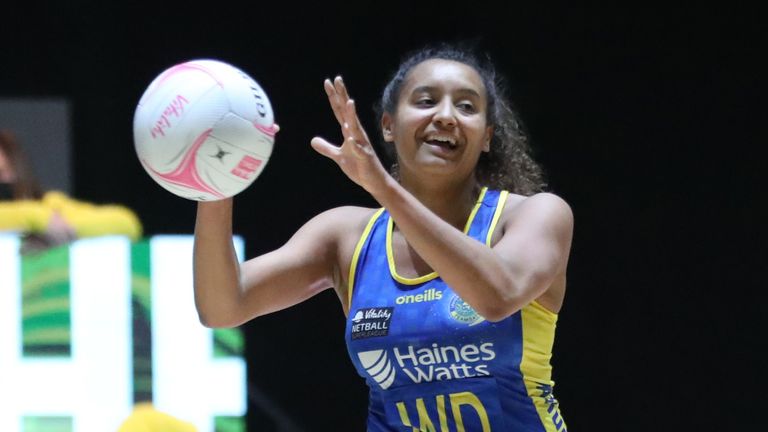 Team Bath Netball and Leeds Rhinos both reminded the competition of their intentions, with two exceptional team performances to beat Manchester Thunder and Wasps.

For Anna Stembridge’s outfit, the result means they move six points clear at the top of the table, while Rhinos continue to keep their sights firmly locked on the top four and a potential play-off position.

The Vitality Netball Superleague returns with Round 15 on Sunday and the four-match day will start with Severn Stars taking on Loughborough Lightning at 12pm.

Connolly: Online abuse in netball will not be toleratedVNSL 2021: Fixtures, results and coverage

Serena Guthrie’s player-of-the-match performance, and the outstanding work of her mid-court colleague Imogen Allison, meant that Team Bath Netball came from behind to beat Manchester Thunder 44-41 at the Copper Box Arena.

The high-quality contest, which could still be replayed as this year’s Grand Final, saw both teams raise the bar and ultimately, Bath timed their run perfectly.

“That win meant everything to us,” Guthrie said to Sky Sports during her player of the match interview.

“Thunder have been a bit of a benchmark, historically, for us. This game for us was about the championship day, about the semi-final and the final.

“I’m standing here but I think that all seven [of us] had moments of absolute brilliance out there,” she continued.

“If we choose to take the learnings from it, that game is a real benchmark and can be a turning point for us in this competition.” 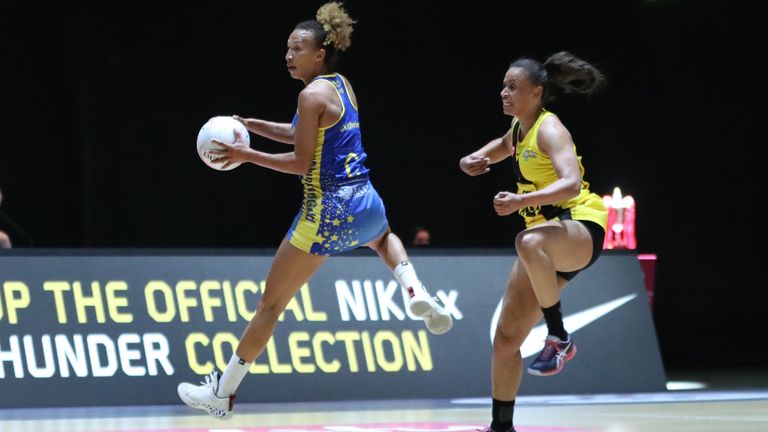 From the first whistle, both outfits signalled their intent and Thunder went into it eager to right the wrongs of their 60-35 defeat to Bath in Round 5.

On that day, Karen Greig said that Bath had caught her team at their “very worst” and this time around, they flew.

Amy Carter’s pressure through-court allowed them to open out a two-goal advantage and with slick work in attack, Thunder enhanced that lead to five at quarter time. 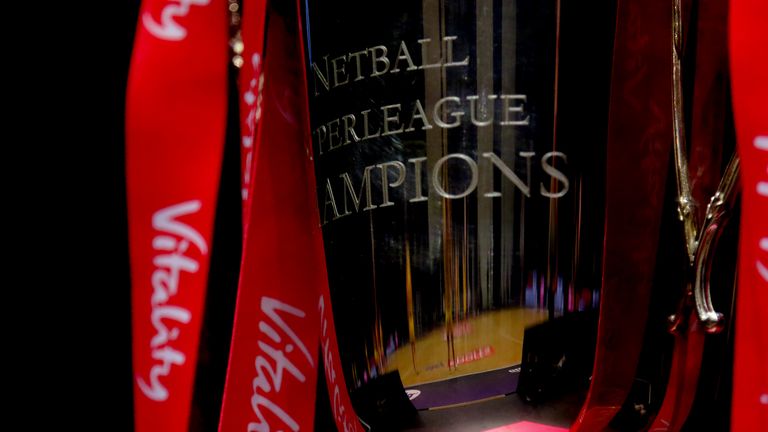 The 2019 champions continued to make Bath’s life difficult in attack during the second quarter, but Stembridge’s outfit showed their nous to learn on the job. They sharpened up the passes into Kim Borger and Sophie Drakeford-Lewis and levelled things up to 23-23 at half-time.

Unsurprisingly, neither head coach made any personnel changes at the interval and with another rise in defensive intensity, Thunder regained control on the scoreboard.

Ahead of the last quarter, the ear-splitting roars from both huddles highlighted just how much it meant to each team, and it was Bath who found an extra gear.

First, they reeled Thunder back in before Allison ignited their final run to the line.

The WD’s first-phase ball into Borger off the centre pass had her team-mates hollering and then an outstanding steal on the circle edge, sparked further cheers from their bench.

With Allison stepping up, captain Guthrie did so too, and the England international’s final defensive interventions ensured that Bath gained all three points and stay in pole position in the standings.

Leeds Rhinos Netball made yet another significant step in their first Superleague season, as they triumphed over the two-time champions Wasps by 10 goals on Monday night.

Rhinos have already been through a lot in their inaugural season, but with all of their players now back fit, they produced a gutsy team performance to beat Wasps 51-41. 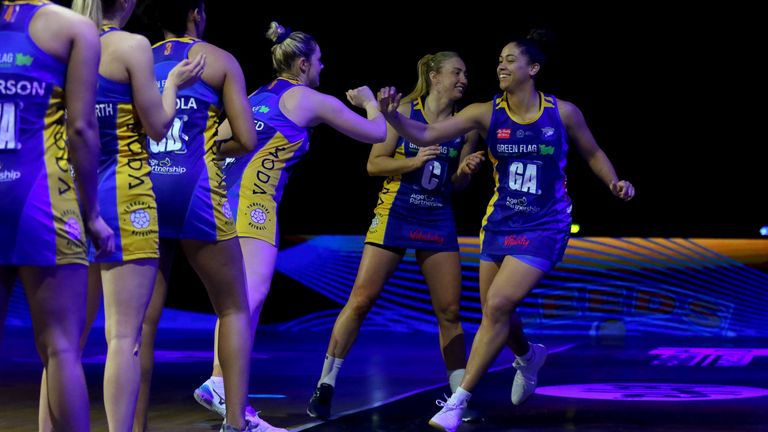 Ahead of the encounter Dan Ryan said that Rhinos had identified some potential weaknesses in Wasps’ work, and an early 8-3 advantage validated their pre-game analysis.

For the rest of the first quarter, they dictated proceedings; Vicki Oyesola and Tuaine Keenan hustled hard and as a collective Ryan’s team set the tempo and tone.

Wasps introduced Gezelle Allison at GA for the second set of 12 minutes, and they instantly settled slightly in attack.

Allison’s style and presence meant that Rhinos’ defenders weren’t able to remain on top and an 13-11 quarter in Wasps’ favour, put them back in the mix at half-time.

The third quarter was a true battle of wills, as both outfits adapted to each other’s work and ultimately, cancelled each other out.

With the contest poised at 33-32, Rhinos took the first centre pass of the last quarter. After converting it quickly to goal, they turned Wasps’ next centre pass and didn’t look back from there.

With Northern Ireland international Fi Toner on at WD, Wasps’ attack-end hesitated again and in contrast, Rhinos put their foot on the accelerator.

“It was a great contest from both teams, full credit to Wasps every time we got in control of the game, they wrestled it back,” Ryan said to Sky Sports.

Sky Sports is your home of netball. The Vitality Netball Superleague continues on Sunday with Round 15 and four matches back-to-back streamed live on the Sky Sports YouTube channel from 12pm.