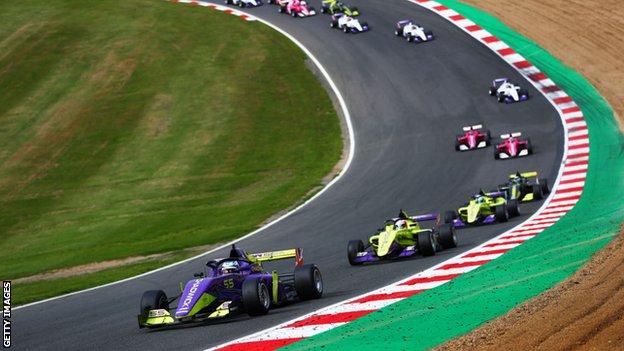 Some of the world's best female racing drivers will converge on north Wales this week.

Eighteen drivers will be taking part in W Series' 2021 pre-season test at the Anglesey Circuit in Ty Croes on the west of the island from 17-21 May.

The international single-seater motor racing championship for female drivers will be a support series to Formula One in 2021.

The series had originally planned its 2021 pre-season test for April in Valencia, Spain.

Because of challenges presented by the coronavirus pandemic, W Series revised its schedule, which meant a change in date and location.

W Series driver Abbie Eaton, 29, from Yorkshire, says she cannot wait for the trip to Wales.

"Anglesey is a circuit I really enjoy, it's a beautiful circuit as all of us Brits know as well," she said.

"I think it's going to be an exciting week and I know all the girls are raring to get in the car and get stuck in, so it can't come soon enough."

With drivers from across the globe racing for W Series, Eaton admits it will be quite a change from Valencia.

"It may be a little bit of a shock to some of the drivers from more exotic locations to come and stand on the side of a Welsh cliff," she added. 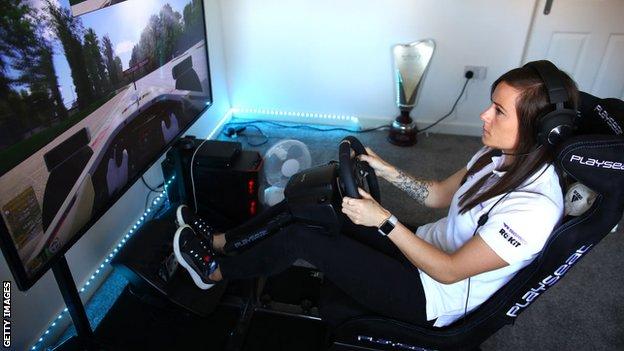 After the 2020 season was cancelled because of the pandemic, the W Series ran an Esports League with some of the same drivers, so they have had experience of racing each other already, albeit virtually.

"It was really good of W Series to kind of organise the Esports championship, so even though we weren't able to physically race on the circuit we were all racing against each other virtually," Eaton told BBC Sport Wales.

"It was really good to keep sharp, but also just to have a little bit of camaraderie with the girls as well and just helped to lift morale a little bit."

However, with the pandemic curtailing other racing series as well as W Series last year, it will have been almost a year since some of the drivers have been in a single seater, let alone testing and racing in one.

"I was lucky as I managed to get a little bit of driving in last year," said Eaton, "but nothing kind of single-seater related and a lot of the other girls haven't driven in anything for a year.

"So for probably the majority of us it's going to be shaking off or blowing out the cobwebs, shaking off the race rustiness and just kind of getting back into the swing of things.

"Even though if you've trained in the gym everyday and been really really brutal in the gym, there is nothing that prepares you like being in the car.

"I guarantee all of us will get out of the car hurting in places, because you can't train the proper places as you can when you drive the car.

"So it will be kind of fine-tuning ourselves and getting our eyes back into actually how to drive a car again, gelling with our engineers and just remembering what to do mainly and enjoying it on the way."