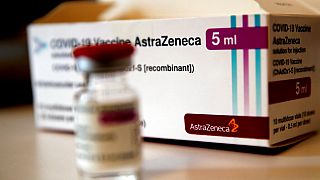 Europe’s medicines regulator said on Tuesday that it remains “firmly convinced” that the benefits of the AstraZeneca COVID-19 vaccine outweigh the risks of side effects after a dozen European countries suspended the use of the jab.

Emer Cooke, executive director of the European Medicines Agency (EMA), said experts were currently carrying out a “very rigorous analysis” and will deliver their conclusions on Thursday.

It comes just a day after major European countries including Germany, France, Spain, Italy and Portugal joined the growing list of countries temporarily suspending the use of the AstraZeneca vaccine over reports of serious blood clotting events.

Austrian authorities were the first to issue such an order on March 7, suspending the use of a batch of the jab after a vaccinated woman died as a result of multiple thromboses — formation of blood clots within blood vessels.

Cooke reiterated however that the number of thromboembolic events reported in vaccinated people “seems not to be higher than that seen in the general population” and that the watchdog remains “firmly convinced that the benefits of the AstraZeneca vaccine in preventing COVID-19, with its associated risk of hospitalisation and death, outweigh the risks of side effects.”

She said that as of March 10, the EMA had received 30 reports of blood clotting events from about five million vaccinated people and that its safety committee was also looking at “serious thromboembolic events from the UK” as well.

“We’ve actually mobilised our biological working party to look carefully into the possibility or plausibility of any event linked to specific batches or in fact any differences in manufacturing in any way that might lead to some disparities across batches. So that’s part of the investigation,” she went on.

She noted however that multiple batches are involved and that “therefore it’s unlikely that it’s batch-specific”.

The World Health Organisation (WHO) also issued the same opinion on Monday with its chief scientist, Dr Soumya Swaminathan, affirming that the rates at which blood clots have developed in people who received the AstraZeneca vaccine “are in fact less than what you would expect in the general population.

More than a dozen European countries have temporarily suspended the use of the AstraZeneca vaccine.

Estonia, Lithuania, Luxembourg, Latvia followed Austria in suspending the use of a single batch.

Last week, authorities in Denmark, Norway and Iceland suspended the use of the AstraZeneca vaccine as a precautionary measure.

They were followed on Sunday and Monday by Ireland, Germany, France, Spain, Portugal and Slovenia.

Authorities in the UK, where more than 11 million doses of the AstraZeneca jab have been administered, continued to urge people to get the vaccine on Monday, underlining that “the number of blood clots reported after the vaccine is not greater than the number that would have occurred naturally in the vaccinated population.”