Bryson DeChambeau bounces back from poor run around the turn to beat Si Woo Kim and stay alive at the WGC Match Play in Austin, but world No 2 Justin Thomas has already been eliminated. 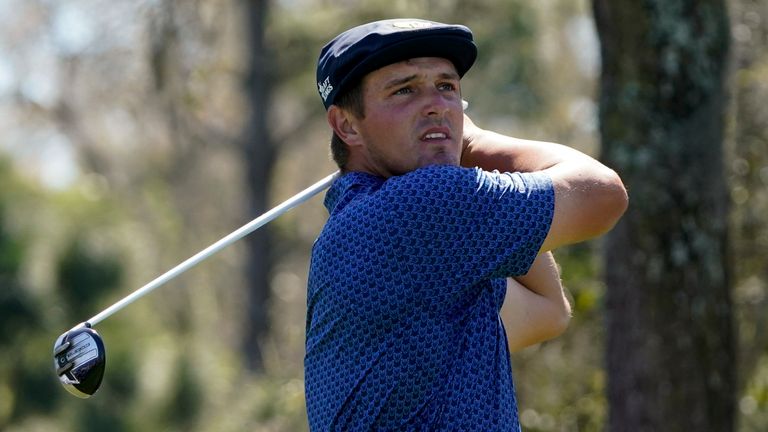 Bryson DeChambeau laughed off his ‘weird’ drive at the 10th

Bryson DeChambeau laughed off a 46-yard drive as he kept his WGC-Dell Technologies Match Play hopes alive with a crucial win over Si Woo Kim on day two in Texas.

DeChambeau’s defeat to Antoine Rozner was the big upset of the opening day at Austin Country Club, but he produced the response he needed after trailing Kim with just five holes to play, and suffering a particularly embarrassing moment on the 10th tee.

The US Open champion was attempting to cut out the dogleg left at the 395-yard par-four and hopeful of driving the green, but he hit a low “heel-pull” which cannoned off a tree on the left and rolled back across the fairway, coming to rest close to a practice putting green – 46 yards away. 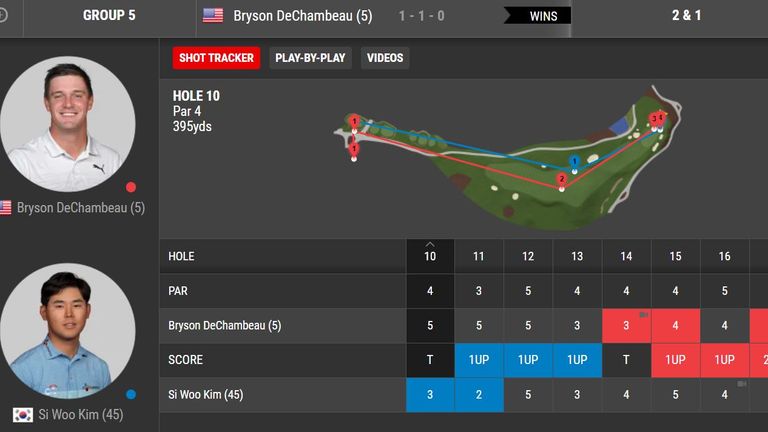 “I heel-pulled it lower than I wanted,” said DeChambeau, who compounded the error with another at the short 11th, where he pulled his tee shot into the water and lost his third hole in a row to fall behind.

“It came off low off the face and came out low. I could have easily cleared the trees up and over like I wanted to, but I hit it on the wrong part of the face and consequently hit the tree limb. Hey, look, I was trying to drive the green, whether it was the practice green or the 10th green. I got it close!”

DeChambeau birdied 14 and 15 to reclaim the lead, and a par at the 17th closed out a 2&1 victory which leaves him needing to beat Tommy Fleetwood on Friday to advance from Group 5. 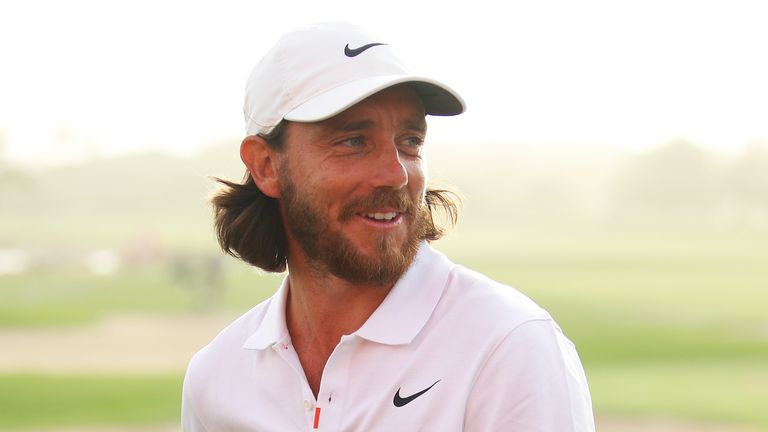 Tommy Fleetwood faces a crucial clash with DeChambeau on Friday

Fleetwood, who birdied the last to snatch a half with Kim on day one, looked in control of his clash with Rozner from the start, cruising into a three-hole lead at the turn before going on to claim a 4&3 win, and a win over DeChambeau would get him through to the last 16, although a halved match could also work in his favour.

“Bryson has been smashing it literally and figuratively,” said Fleetwood, whose only previous match play encounter against DeChambeau was at the Ryder Cup in 2018, when he and Tiger Woods were no match for the perfect pairing of Fleetwood and Francesco Molinari.

“He’s been doing great and clearly great for the game and it will just be nice to go toe-to-toe with him and see what we can do. I think getting to the two matches down, one more in this group stage and fate is still in your own hands in a way, I think that’s a nice position to be in. So a lot to play for tomorrow.” 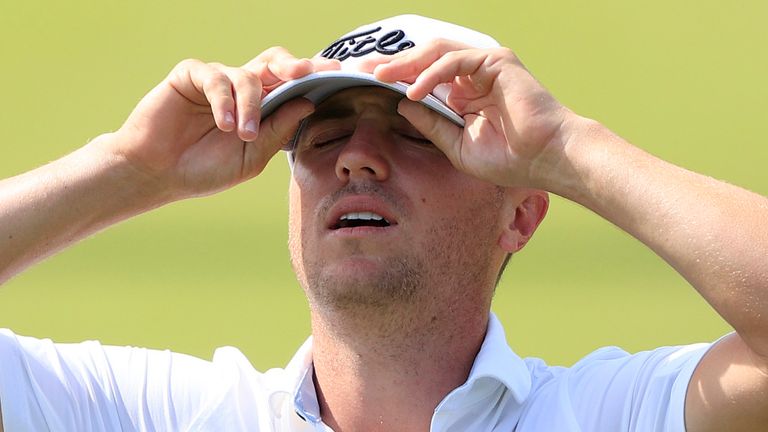 Justin Thomas has already been eliminated

While DeChambeau gave himself a chance to reach the knockout stages, world No 2 Justin Thomas crashed out after slumping to a 2&1 defeat to Kevin Kisner in Group 2.

Thomas, who stormed to victory at The Players Championship earlier this month, was beaten by 2019 runner-up Matt Kuchar on day one and it was a similar story against the defending champion, slipping four behind at the turn before rallying over the back nine, but not enough to salvage a result.

Matt Fitzpatrick bounced back from his loss to Jordan Spieth with a resounding 5&4 mauling of Corey Conners which leaves Group 15 finely balanced, with Spieth being held all square by Matthew Wolff.

But Fitzpatrick’s fellow Englishmen Tyrrell Hatton and Matt Wallace were both eliminated, with Hatton again struggling to keep his temper under control in a 3&2 defeat to Ryder Cup team-mate Sergio Garcia, while Lee Westwood cruised to a convincing 5&3 win over Wallace.

Garcia now needs only a tie against Wallace on Friday to advance from the all-European Group 8, although defeat for the Spaniard would open the door for Westwood if the veteran can beat Hatton.