Jordan Spieth managed to drive the 15th green on the first day of the WGC-Dell Technologies Match Play, but he was on the 13th hole at the time!
Watch the tournament action live on Sky Sports Golf … 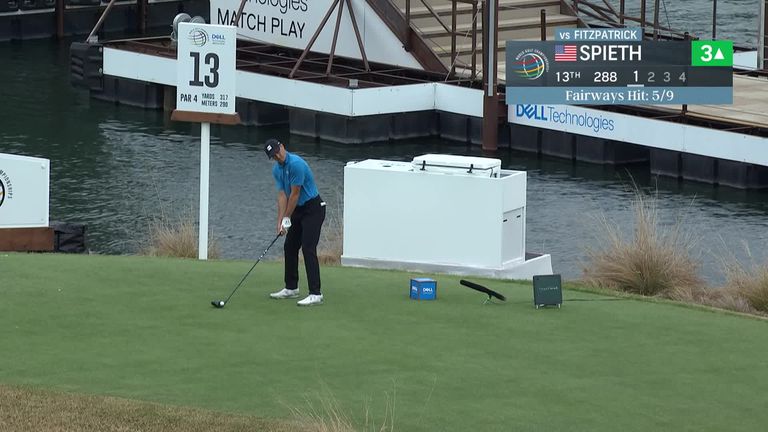 Jordan Spieth was aiming to drive the green at the 13th during his WGC Match Play clash with Matt Fitzpatrick, but he actually found the 15th green … just as Patrick Cantlay was putting!

Jordan Spieth succeeded in driving the green from the 13th tee at Austin Country Club, but his ball actually found the 15th green just as Patrick Cantlay was putting!

Spieth was firmly in control of his opening match against Matt Fitzpatrick at the WGC-Dell Technologies Match Play, and he was three up with six to play when he decided to take the aggressive approach on the short par-four 13th.

The resurgent former world No 1 uncovered the driver in a clear message of intent, but moments later he was yelling “fore” after blazing his tee shot way right, his ball veering towards wandering spectators and a grandstand. 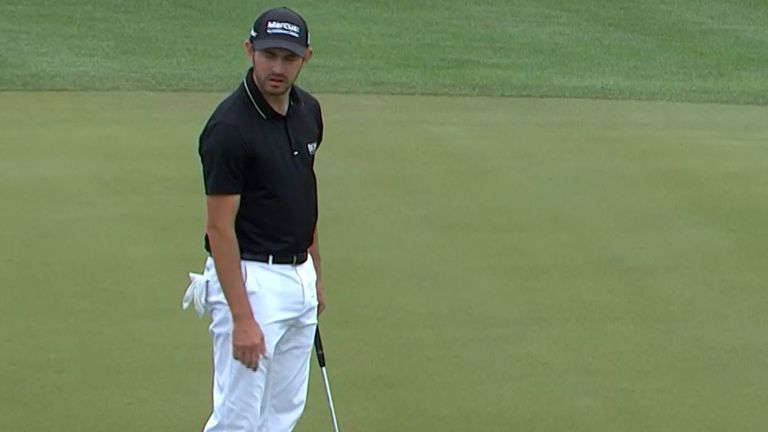 Patrick Cantlay was putting for birdie when Spieth’s ball arrived

However, his ball took a huge bounce off the cart path, cleared the stands and pitched on the neighbouring 15th green before rolling within a few feet of a stunned Cantlay, who initially had no idea who had hit the shot.

When informed that Spieth was the guilty man, Cantlay quipped: “Was it? I’ll give him crap about it,” after he had edged out Brian Harman on the final hole.

Despite Spieth having directional issues on 13, he still managed to halve the hole with a par and went on to close out a 3&1 victory over the Englishman.

“I think it landed on the cart path and then just shot over,” said Spieth of his adventures at the 13th. “To that back-left pin it’s a no-brainer, you hit driver up there and you have a 50 or 60-yard pitch right up the green, and that wedge shot is just so difficult to the back-left pin.

“When it hit the cart path it just makes it look crazier, but in reality you’re going to drop in the same place, no matter where you hit it. I don’t see that strategy changing for me. It was just kind of annoying to have to walk an extra 50 yards to get my ball!”

Watch the video above to see Spieth driving the 15th green from the 13th tee!