Lee Probert spent more than 20 years as a referee and took charge of the 2014 FA Cup final. He officiated in the Premier League from 2007 to 2019 and has recently been appointed director of referees at the United Arab Emirates Football Association.

Following praise for the refereeing at Euro 2020, in particular the use of the video assistant referee (VAR), Probert examines what the Premier League can learn from the tournament.

VAR is not for getting everything right

VAR was introduced in the Premier League at the start of the 2019-20 season to review "clear and obvious errors" in four game-changing incidents: goals, penalties, straight red cards and mistaken identity. However, the technology has frustrated supporters, with complaints about inconsistencies in decision-making and the time taken for rulings to be made.

Having been in the Premier League and being trained on VAR for three years, I think it went to the stage where we were overanalysing stuff, looking for decisions to get everything right.

But VAR is not for getting everything right – it's that safety net.

VAR is evolving, it's new. No system is perfect within one or two seasons and it will take time to gel.

I'm sure the English referees at Euro 2020, Michael Oliver and Anthony Taylor, will give feedback to the Premier League, because, at the end of the day, it is about entertainment value. We don't need VAR interfering too much.

The Premier League will use thicker lines when assessing offside calls next season in the hope of eliminating marginal calls that saw goals ruled out because a player's toe or armpit was deemed offside. Despite the changes, Probert still expects tight offside calls to cause frustration among supporters, but thinks the use of a dedicated offside VAR – like the ones used at Euro 2020 – could speed up decision-making. 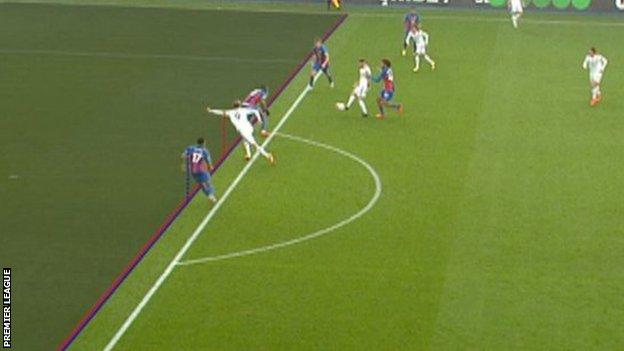 Sadly, with offside, it's not subjective. You either are or you're not. OK, people might not like it if a big toe is offside, but it is a fact.

What you don't want is too many opinions, but if you have an assistant referee specialist for offsides, someone who can take that pressure away from you, I think that's a really good idea.

'VAR in the Euros is the benchmark'

The excellent way VAR has been used in the Euros is a great benchmark for everyone to follow.

Take the penalty awarded to France against Portugal for Nelson Semedo's foul on Kylian Mbappe. We may use the word 'soft', but it's not wrong.

The referee has given a foul in the penalty area because there is contact. Now, if I look at it on the screen and there's no contact then I can say so and overturn it. When there is contact, it's not wrong.

With regards to Raheem Sterling's penalty against Denmark, I think this is excellent use of VAR.

There was not enough evidence to say this was a clear and obvious error. This is a subjective call, which some people may say 'no that's not a pen' or 'yes, there's enough contact for a penalty'.

The same applies to Jorginho's tackle on Jack Grealish in the final. These are subjective calls. If the on-field referee shows a yellow or red card, VAR will check and I am sure would support either sanction. 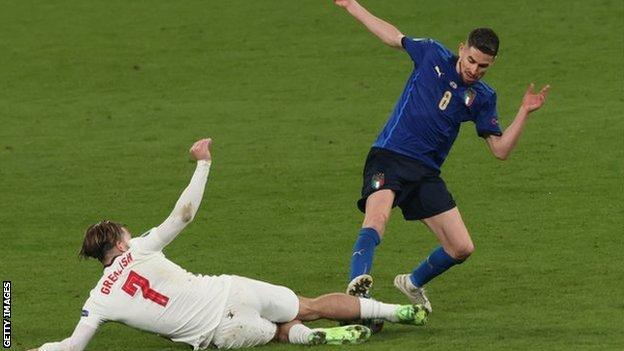 The one occasion where VAR was perhaps not used correctly was during the Croatia-Czech Republic game, when Dejan Lovren was penalised for catching Patrik Schick in the face in the area.

The referee went to the monitor because there was an arm movement, but I'm not convinced that was a penalty.

Yes, he catches him on the nose, but there is no movement towards the arm or excessive force. That's opinion-based. The on-field referee has to take full responsibility. I don't think there was enough evidence to go to the review area.

There were 18 VAR corrections overall at Euro 2020 – 10 direct and eight after an on-field review – with 276 incidents checked in total, meaning 93.5% were correctly awarded on the pitch. Uefa Referees' Committee chairman Roberto Rosetti praised the officials' light-touch approach at the tournament.

Rosetti has gone for a clear message and set out a clear structure and plan. Every referee has known what he wanted and everyone has stuck to their guns.

Minimum intervention, maximum impact. Only get involved if you have clear evidence to say it is wrong. That's why the Euros have been so good.

If you look at the major decisions on the pitch there has been very little involvement. There have been lots of checks going on behind the scenes, but no real big interferences because they have stuck with the referee.

VAR is not here for 100% accuracy. It never was. It was to stop the howler. 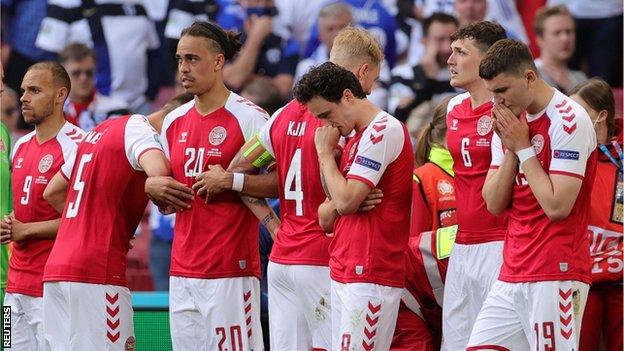 The Danish players were visibly shocked after the incident involving Eriksen

One of the most shocking incidents of the tournament was the on-pitch collapse of Denmark's Christian Eriksen during their opening group game against Finland. Premier League official Anthony Taylor was the referee in charge that day and widely praised for his rapid response.

That highlights how important it is for the match official to know what is happening around him. It's a massive occasion, but to see someone collapse and, within seconds, get the medical team on, that is a credit to anyone – not just Anthony, because player safety is paramount.

I've refereed Christian many a time – he is an absolute gent. Let's hope he can make a full recovery.

If you are on a football pitch and something like that happens, you have every source of medical staff on site. If that had been at home or on the street, who knows what would have happened.

What that does prove is, when it comes to player safety, every protocol to do with ambulances, medical staff, doctors and defibrillators needs to be in place. So credit to all the leagues and competitions for ensuring they are there for all matches.